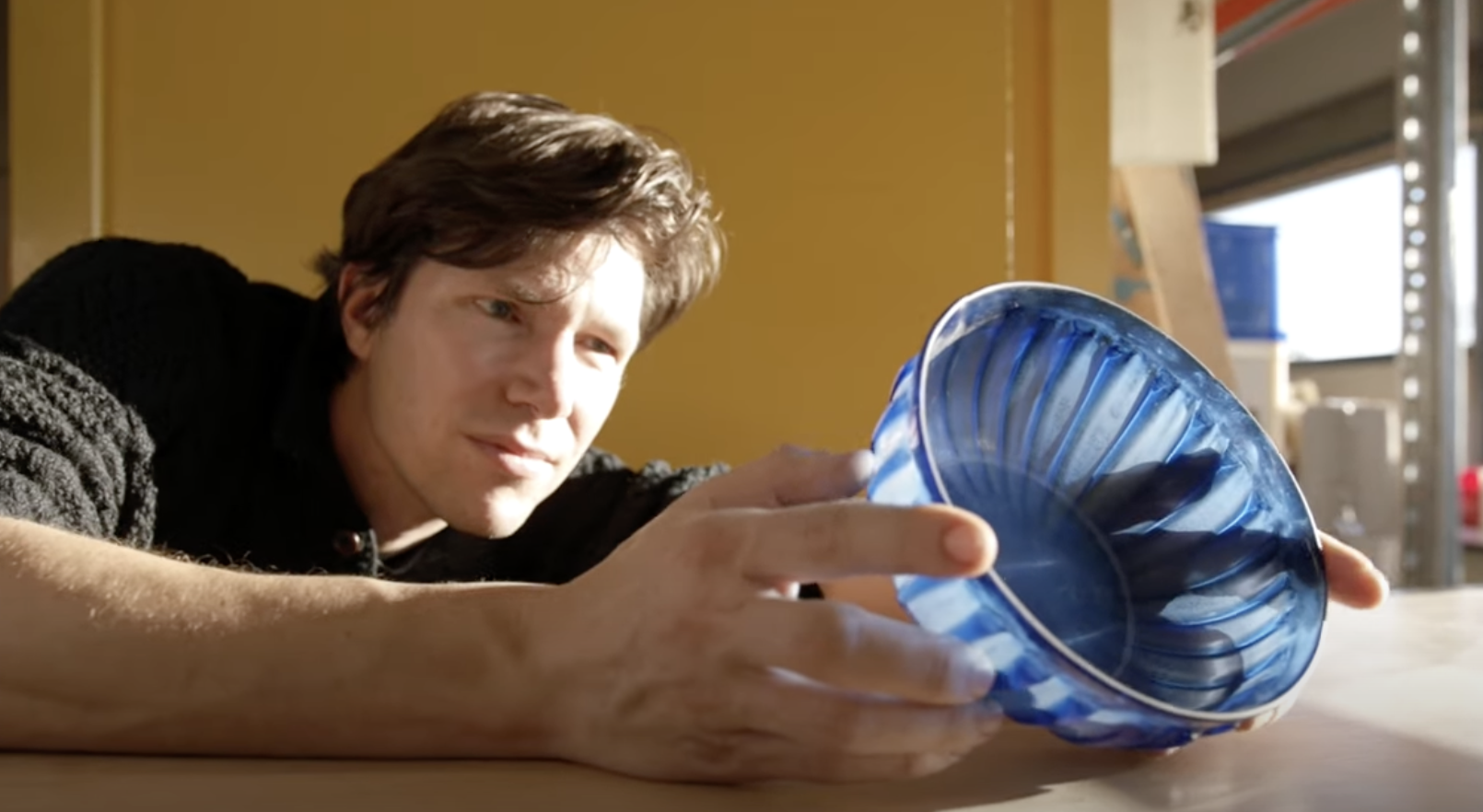 If you’re planning a trip to the Netherlands, do try to fit in Nijmegen, the country’s oldest city. Having originally cohered as a Roman military camp back in the first century B.C., it became at the end of the first century A.D. the first city in the modern-day Netherlands to receive the official designation of municipium, which made Roman citizens of all its residents. Not that Nijmegen stands today as an open-air museum of Roman times. You’re less likely to glimpse traces of its city wall or amphitheater than to come across such thoroughly modern developments as the “dynamic living and working area” of Winkelsteeg, currently under construction — and even now turning up Roman artifacts of its own.

ARTnews‘ Francesca Aton reports the discovery, by archaeologists working on the Winkelsteeg excavation, of “a blue glass bowl estimated to be around 2,000 years old.” Strikingly colored by metal oxide, its craftsmanship looks impressive and its condition astonishing: “with no visible cracks or chips, the bowl remains undamaged, making it a remarkable find.

It is believed to have been made in glass workshops in German cities such as Cologne and Xanten, or possibly in Italy” — somewhere, in any case, within the Roman Empire. Priceless now, the bowl would also have been valuable in its day; Aton references a theory that “locals working at outposts along the uppermost border of Hadrian’s Wall in Scotland for the Roman army” would have earned the kind of wage needed to buy it.

In the video just above, posted last week by the government of Nijmegen, archaeologist Pepin van de Geer introduces the excavation site, which has proven a fruitful source of what Aton describes as “Roman graves, homes and wells, and objects such as dishware and jewelry.” Most of these seem to have come out of the ground if not in pieces, then looking just as ancient as they are; not so the miraculous blue glass bowl, of which we also get a view. It may strike us denizens of the 21st century as recognizable enough to enrich at once the feeling of continuity between the people of the Roman Empire and ourselves — or at least it will when we can see it for ourselves in whichever museum Nijmegen sees fit to place it.

Explore the Roman Cookbook,De Re Coquinaria the Oldest Known Cookbook in Existence