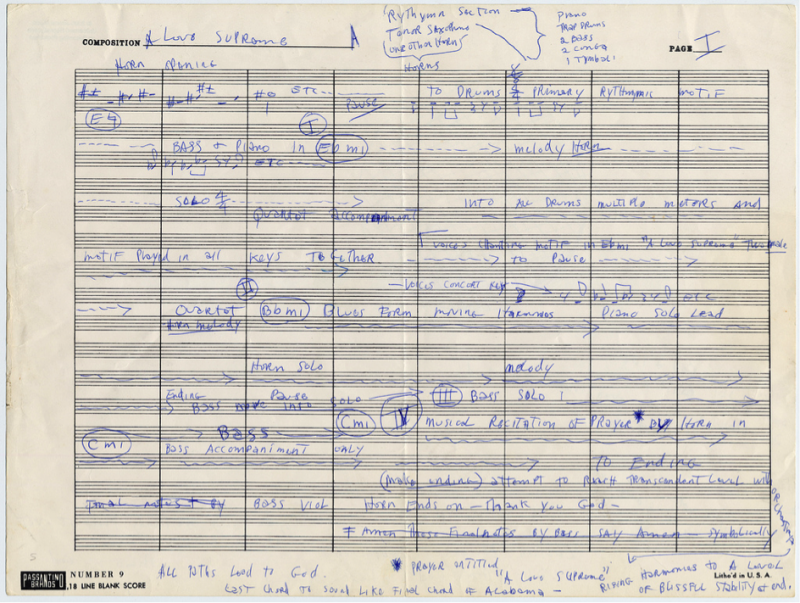 Click the image above to view it in a larger format.

The great jazz saxophone player John Coltrane was born 87 years ago today. To mark the occasion we present this rare document from the Smithsonian's National Museum of American History: Coltrane's handwritten outline of his groundbreaking jazz composition A Love Supreme.