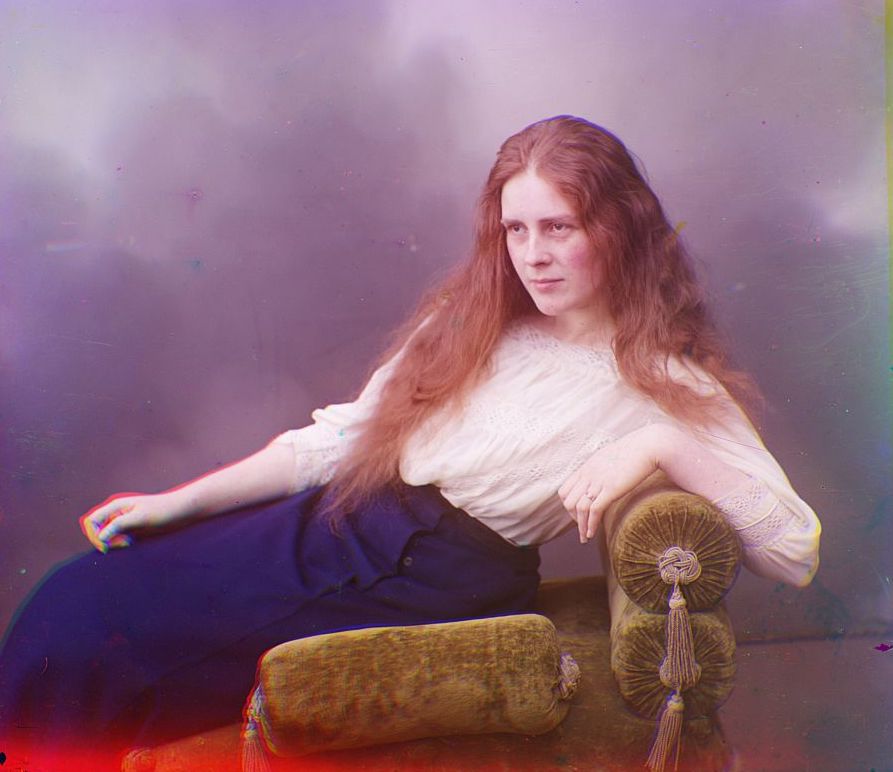 History escapes us. Events that changed the world forever, or should have, slide out of collective memory. If we’re pointing fingers, we might point at educational systems that fail to educate, or at huge historical blind spots in mass media. Maybe another reason the recent past fades like old photographs may have to do with old photographs. 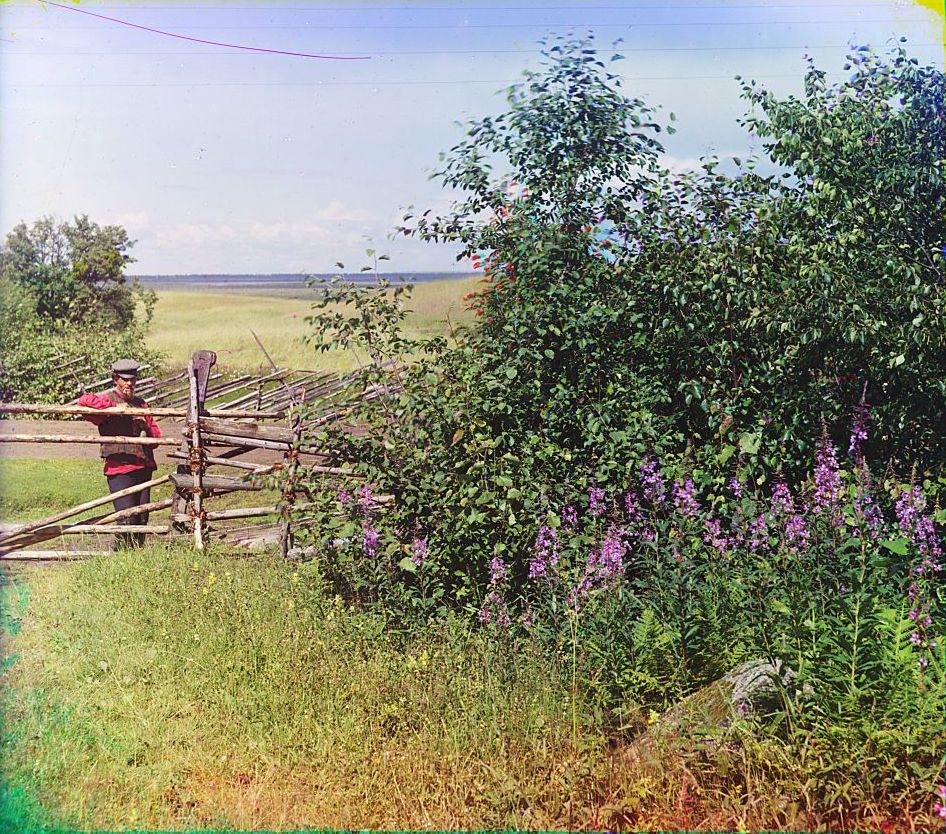 The present leaps out at us from our ubiquitous screens in vivid, high-resolution color. We are riveted to the spectacles of the moment. Perhaps if we could see history in color—or at least the small but significant sliver of it that has been photographed—we might have somewhat better historical memories. It’s only speculation, who knows? But looking at the images here makes me think so. 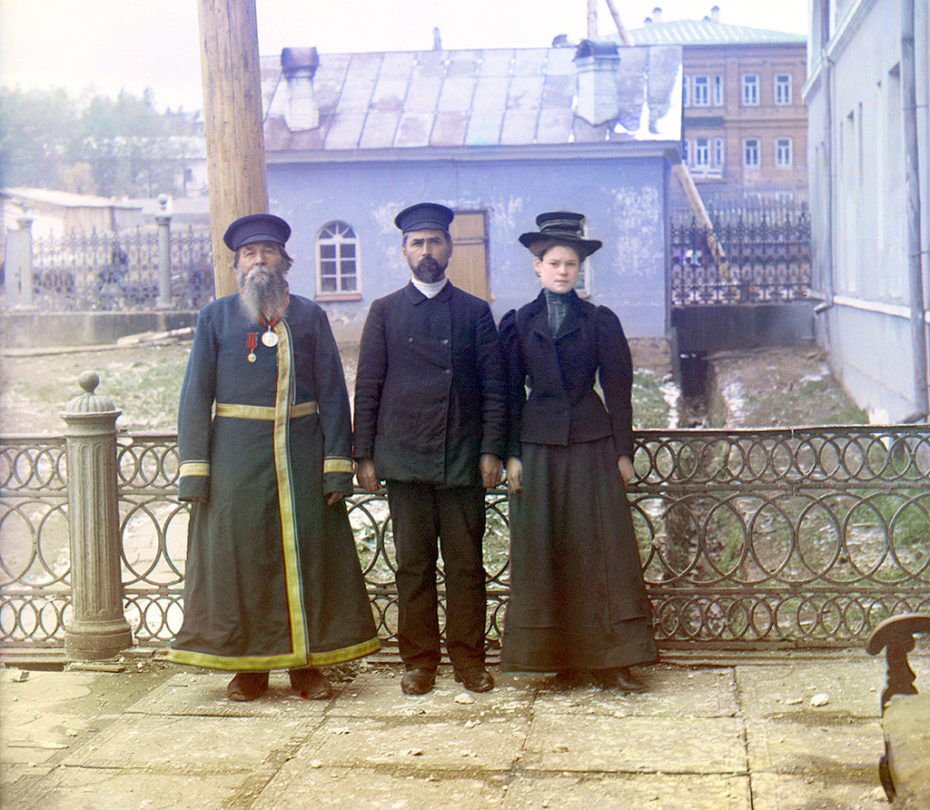 Although we can date color photography back as early as 1861, when physicist James Clerk Maxwell made an experimental print with color filters, the process didn’t really come into its own until the turn of the century. (It wouldn’t be until much later in the 20th century that mass-producing color photographs became feasible.) One early master of the art, Russian chemist and photographer Sergei Mikhailovich Prokudin-Gorskii, used Maxwell’s filter process and other methods to create the images you see here, dating from between 1905 and 1915. 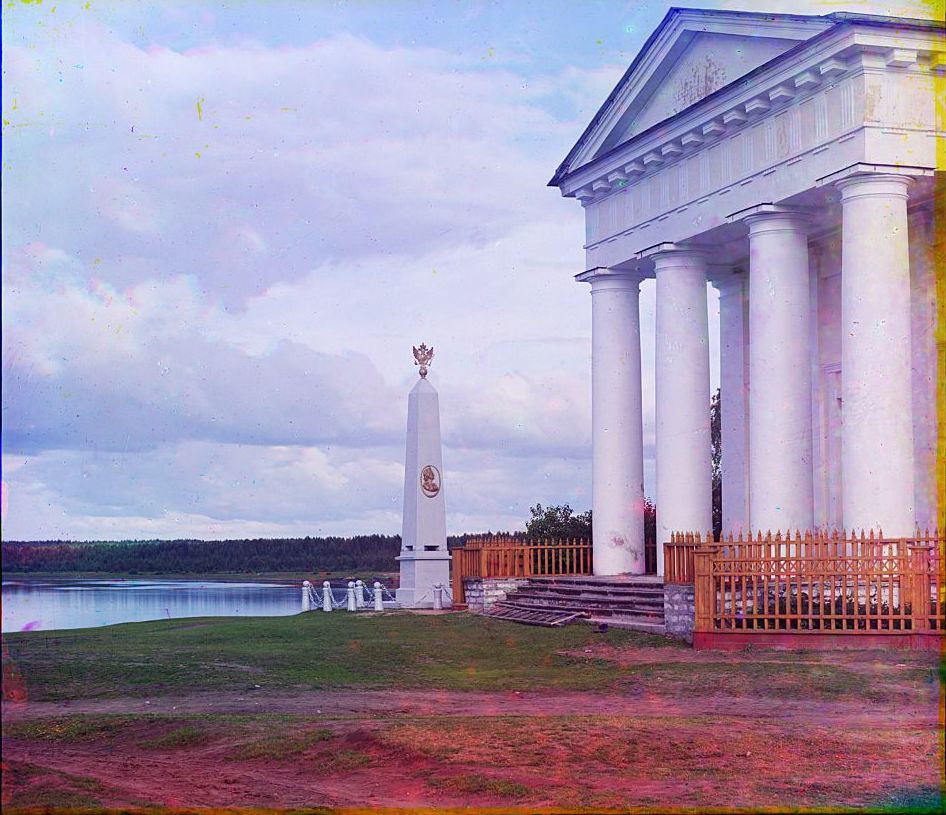 You can see hundreds more such images—over 2000, in fact—at the Library of Congress’ collection, digitally recreated from color glass negatives for your browsing and downloading pleasure or historical research. “I don’t think I’ve ever looked at a photograph from the past and felt its subjects come alive so vividly,” writes Messy Nessy, “as if they’ve almost blinked at me, as if it were just yesterday.” 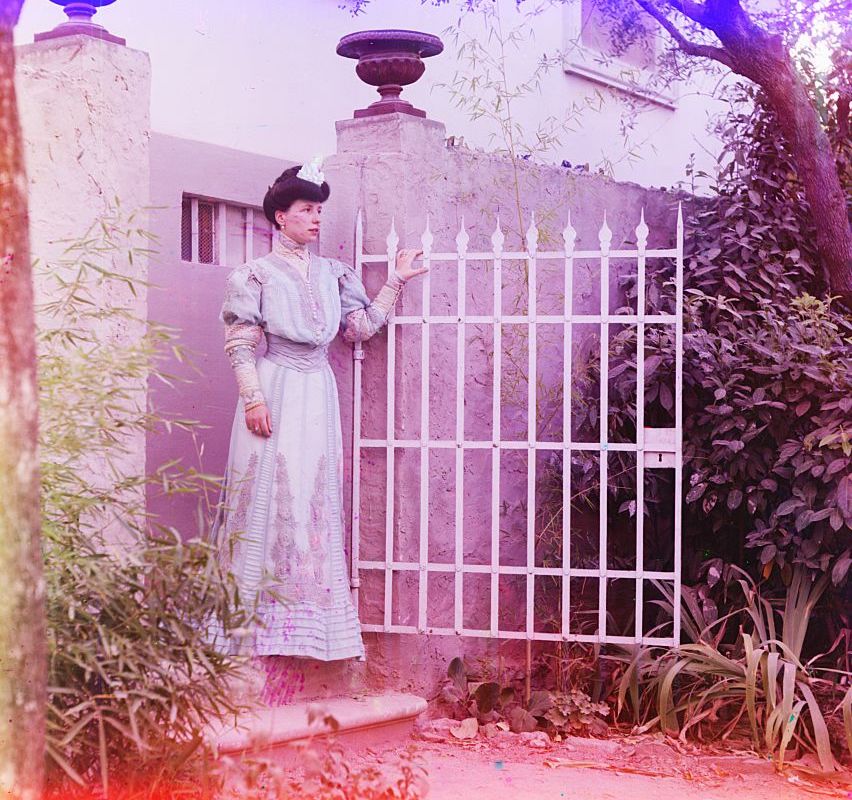 Clearly the clothing, architecture, and other markers of the past give away the age of these pictures, as does their faded quality. But imagine this latter evidence of time passed as an Instragram filter and you might feel like you could have been there, on the farms, churches, waterways, gardens, forests, city streets, and drawing rooms of Imperial Russia during the doomed last years of the Romanovs. 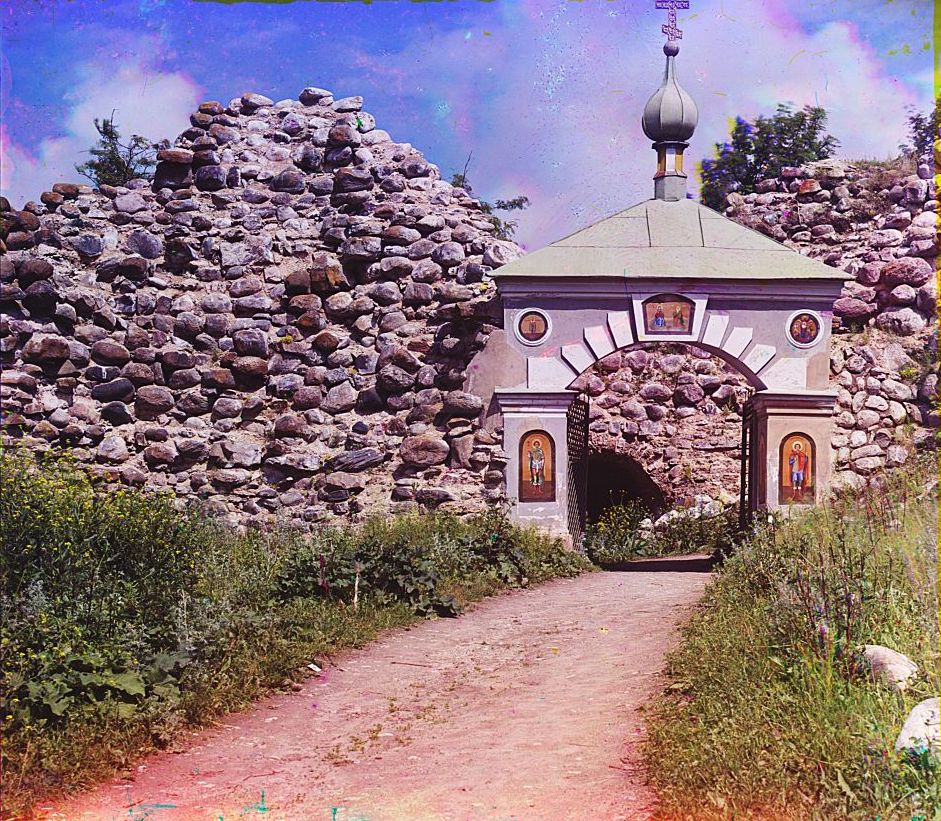 Several hundred of the photos in the archive aren't in color. Prokudin-Gorskii, notes the LoC, “undertook most of his ambitious color documentary project from 1909 to 1915.” Even while traveling around photographing the countryside, he made just as many monochrome images. Because of our cultural conditioning and the way we see the world now we are bound to interpret black-and-white and sepia-toned prints as more distant and estranged. 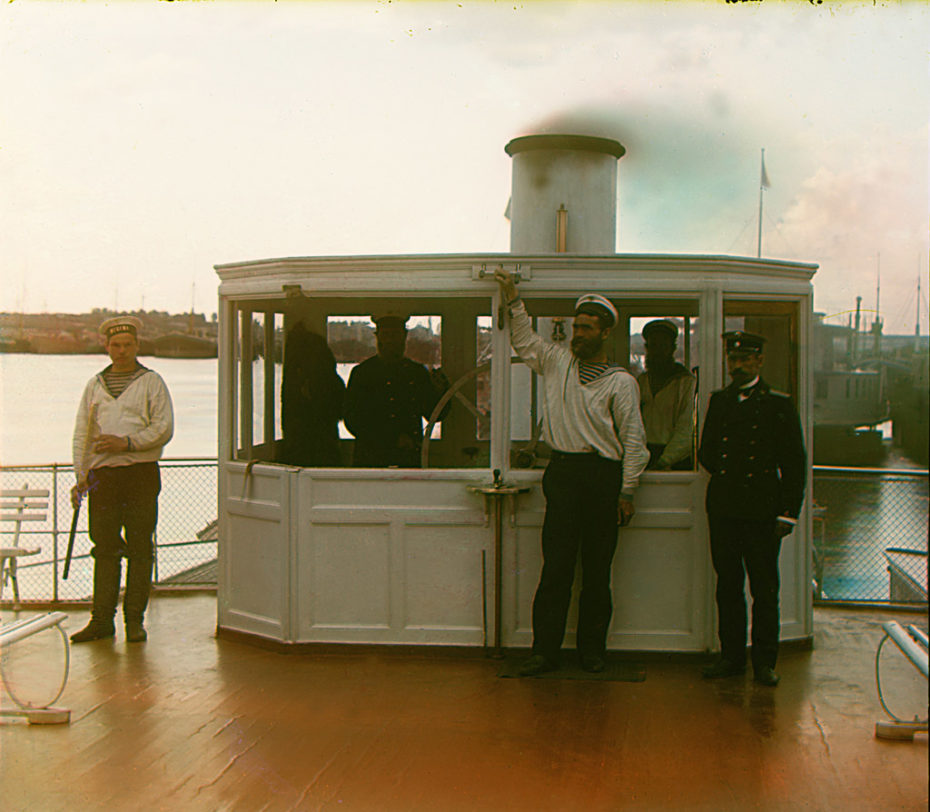 Prokudin-Gorskii took his most famous photo, a color image of Leo Tolstoy which we’ve featured here before, in 1908. It granted him an audience with the Tsar, who afterward gave him “a specially equipped railroad-car darkroom,” Messy Nessy notes, and “two permits that granted him access to restricted areas.” After the Revolution, he fled to Paris, where he died in 1944, just one month after the city’s liberation. 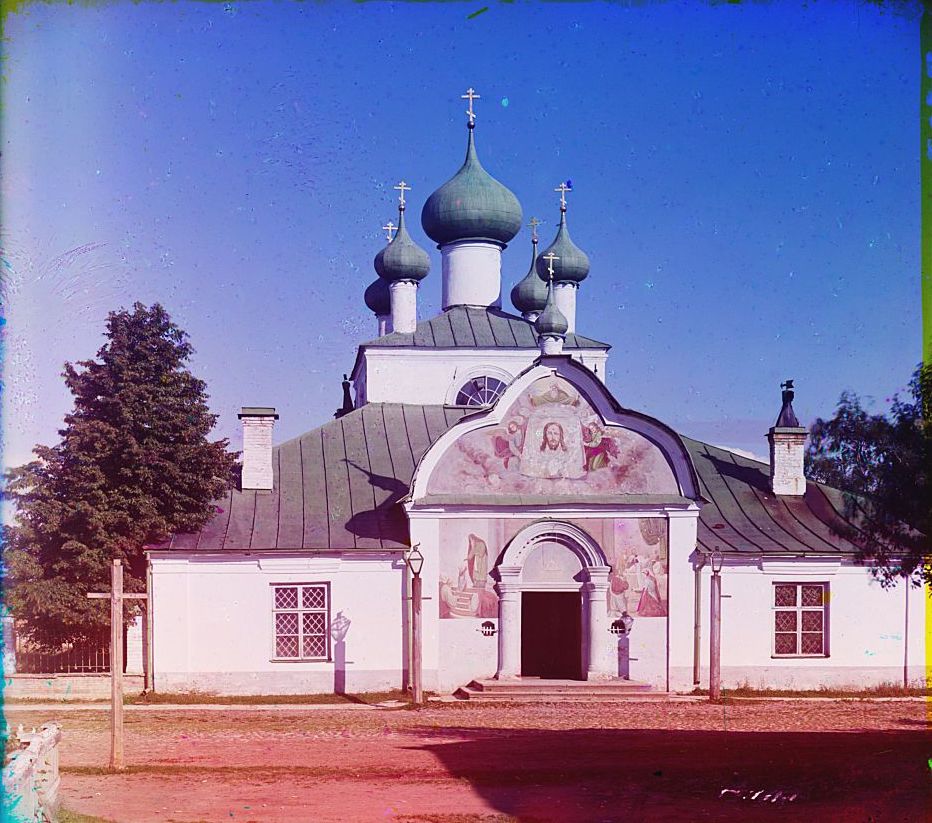 His surviving photos, plates, and negatives had been stored in the basement of his Parisian apartment building until a Library of Congress researcher found and purchased them in 1948. His work in color, a novelty at the time, now strikes us in its ordinariness; an aid “for anyone who has ever found it difficult to connect with historical photographs.” Still, we might wonder, "what will they think of our photographs in a hundred years time?” 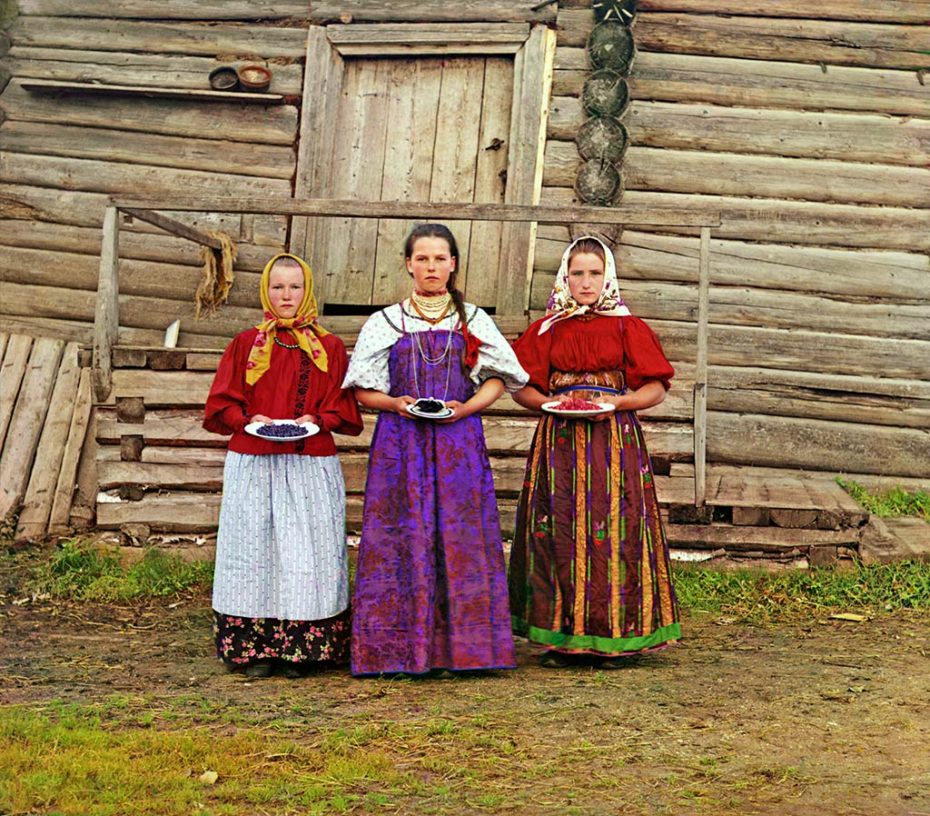 I suspect a hundred years from now, or maybe even 20 or 30, people will marvel at our quaint, primitive two-dimensional vision, while strolling around in virtual 3D recreations, maybe chatting casually with holographic, AI-endowed historical people. Maybe that technology will make it harder for the future to forget us, or maybe it will make it easier to misremember.