A month before Leonard Cohen died in November, 2016, The New Yorker's editor David Remnick traveled to the songwriter’s Los Angeles home for a lengthy interview in which Cohen looked both forward and back.

As a former Zen monk, he was also adept at inhabiting the present, one in which the shadow of death crept ever closer.

His former lover and muse, Marianne Ihlen, had succumbed to cancer earlier in the summer, two days after receiving a frank and loving email from Cohen:

Well, Marianne, it’s come to this time when we are really so old and our bodies are falling apart and I think I will follow you very soon. Know that I am so close behind you that if you stretch out your hand, I think you can reach mine. And you know that I’ve always loved you for your beauty and your wisdom, but I don’t need to say anything more about that because you know all about that. But now, I just want to wish you a very good journey. Goodbye old friend. Endless love, see you down the road.

The New Yorker has never shied from over-the-top physical descriptions. The courteous, highly verbal young poet, who’d evinced “a kind of Michael Corleone Before the Fall look, sloe-eyed, dark, a little hunched” was now very thin, but still handsome, with the handshake of “a courtly retired capo.”

In addition to an album, You Want It Darker, to promote, Cohen had a massive backlog of unpublished poems and unfinished lyrics to tend to before the sands of time ran out.

At 82, he seemed glad to have all his mental faculties and the support of a devoted personal assistant, several close friends and his two adult children, all of which allowed him to maintain his music and language-based workaholic habits.

Time, as he noted, provides a powerful incentive for finishing up, despite the challenges posed by the weakening flesh:

At a certain point, if you still have your marbles and are not faced with serious financial challenges, you have a chance to put your house in order. It’s a cliché, but it’s underestimated as an analgesic on all levels. Putting your house in order, if you can do it, is one of the most comforting activities, and the benefits of it are incalculable.

He had clearly made peace with the idea that some of his projects would go unfinished.

You can hear his fondness for one of them, a “sweet little song” that he recited from memory, eyes closed, in the animated interview excerpt, above:

Listen to the hummingbird

Whose wings you cannot see

Listen to the hummingbird

Listen to the butterfly

Whose days but number three

Listen to the butterfly

Listen to the mind of God

Which doesn’t need to be

Listen to the mind of God

These unfinished thoughts close out Cohen's beautifully named posthumous album, Thanks for the Dance, scheduled for release later this month. 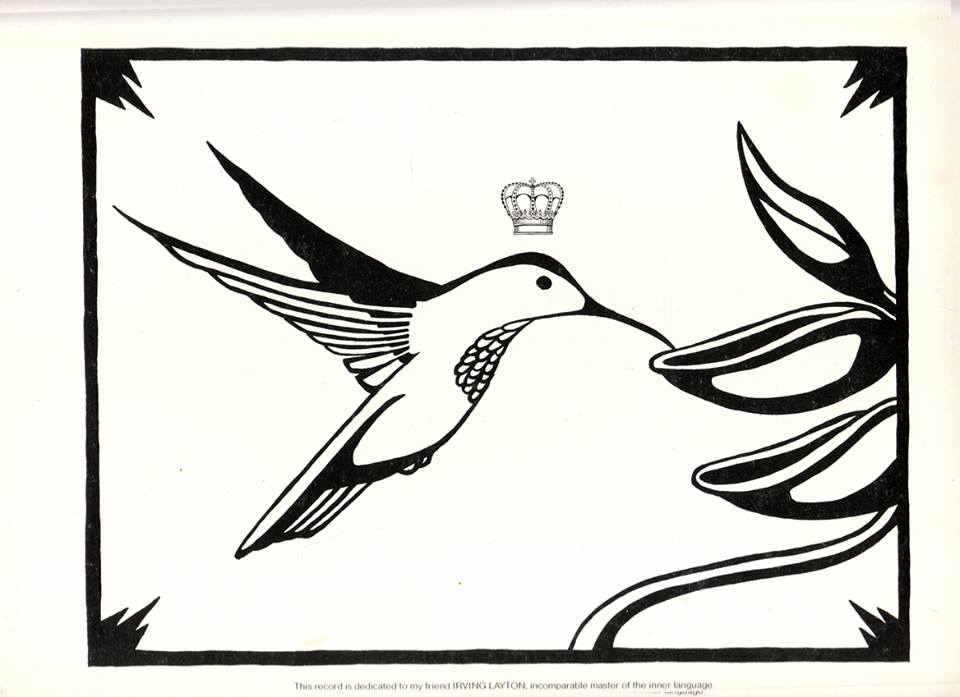 Dianne V. Lawrence, who designed Cohen’s hummingbird logo, a motif beginning with 1979's Recent Songs album, speculates that Cohen equated the hummingbird’s enormous energy usage and sustenance requirements with those of the soul.

Ayun Halliday is an author, illustrator, theater maker and Chief Primatologist of the East Village Inky zine.  Join her in NYC on Monday, December 9 for her monthly book-based variety show, Necromancers of the Public Domain. Follow her @AyunHalliday.