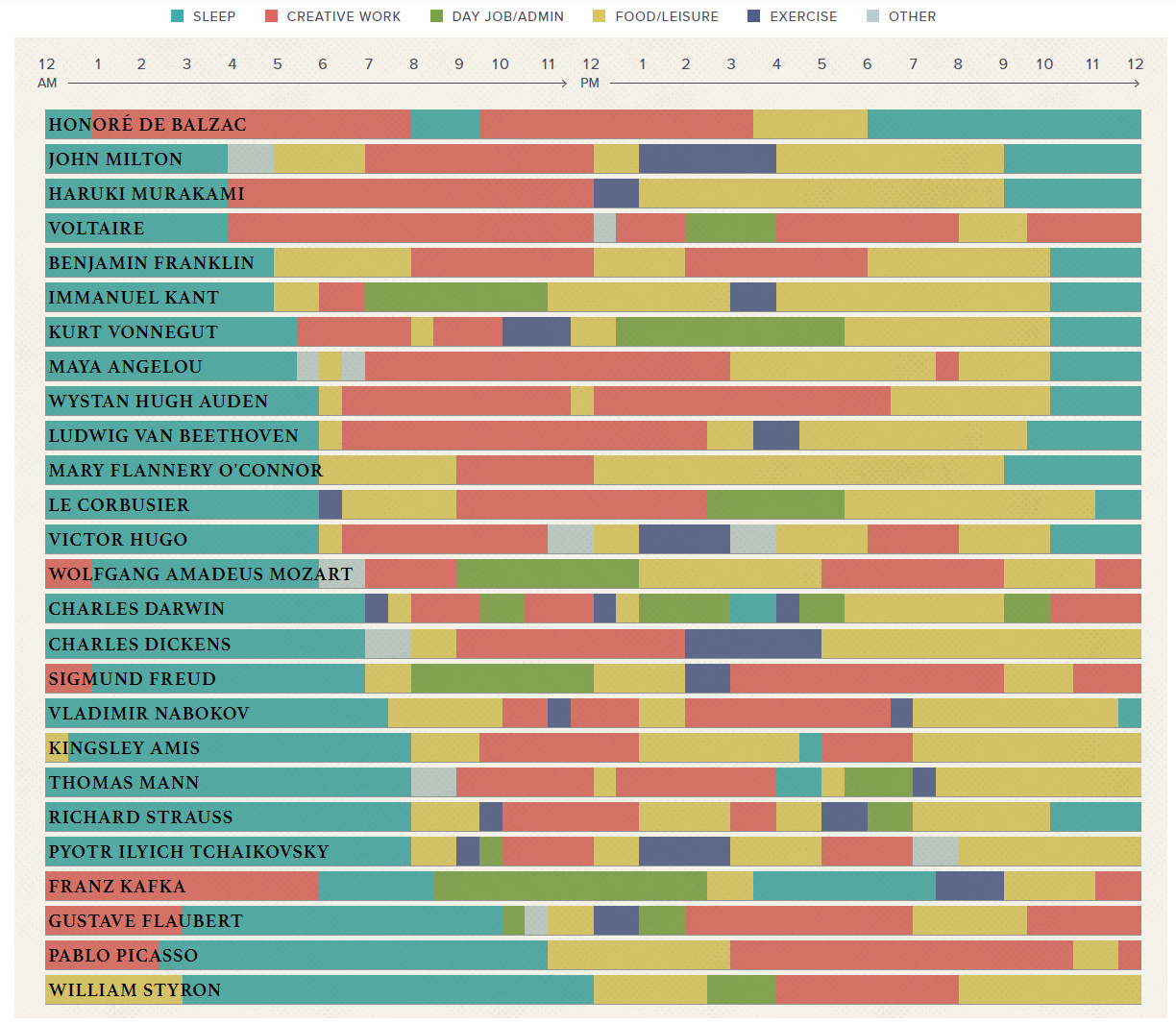 Click the image above to access the interactive infographic.
The daily life of great authors, artists and philosophers has long been the subject of fascination among those who look upon their work in awe. After all, life can often feel like, to quote Elbert Hubbard, “one damned thing after another” — a constant muddle of obligations and responsibilities interspersed with moments of fleeting pleasure, wrapped in gnawing low-level existential panic. (Or, at least, it does to me.) Yet some people manage to transcend this perpetual barrage of office meetings, commuter traffic and the unholy allure of reality TV to create brilliant work. It’s easy to think that the key to their success is how they structure their day.