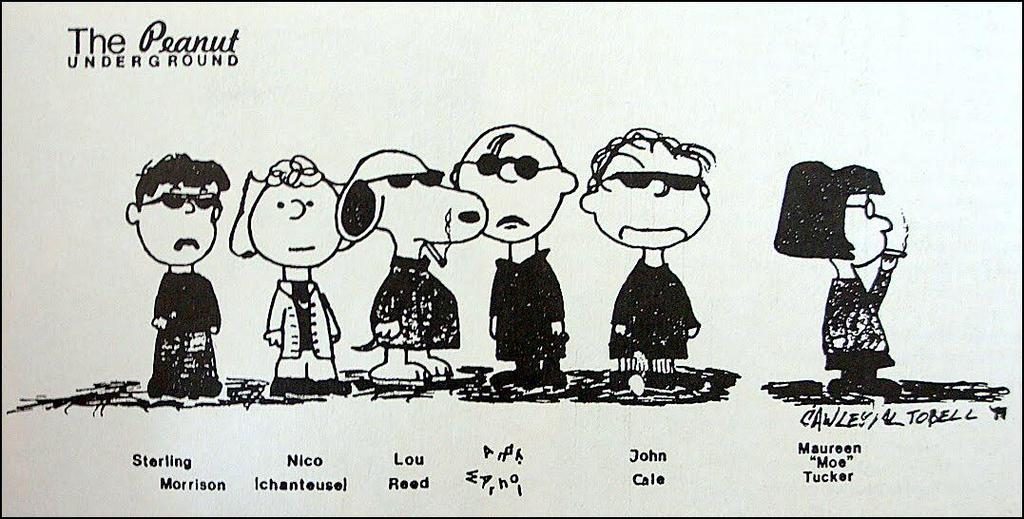 The fun cartoon above was apparently found in a “Guide to the Velvet Underground and Andy Warhol’s Factory” published by the French magazine, Les Inrockuptibles in 1990. It came around the same time the Fondation Cartier pour l’art contemporain (located in Paris) held an exhibition dedicated to Andy Warhol. Of course, Warhol famously took a break from painting in the mid-1960s and, among other things, threw his influence behind the up-and-coming NYC band, The Velvet Underground. Serving as the band’s manager, he “produced” VU’s first album, which meant designing the album cover and giving the band members — Lou Reed, John Cale, Sterling Morrison, Maureen Tucker and Nico — the freedom to make whatever album they pleased. Above, you can see these same musicians reimagined as Peanuts characters.