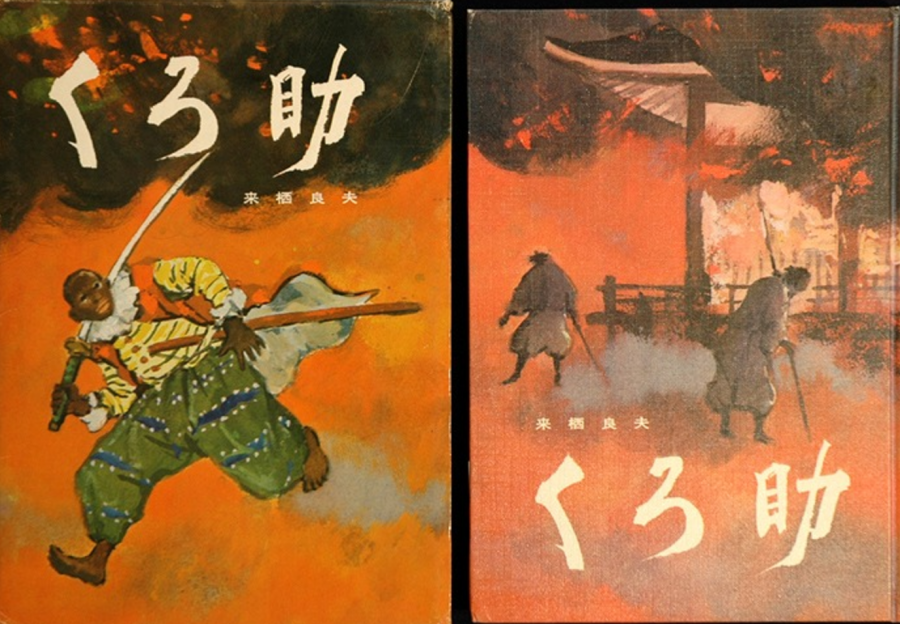 “His name was Yasuke. His height was 6 shaku 2 sun” — roughly six feet, two inches — “he was black, and his skin was like charcoal.” Those words come from the 16th-century samurai Matsudaira Ietada, and they describe one of his colleagues. Though we don’t know much detail about his life itself, we do know that there once lived a black samurai called Yasuke, a version of the name he had in Africa, probably the then Portuguese Mozambique. Brought to Japan in 1579 by an Italian Jesuit named Alessandro Valignano on a mission-inspection tour, Yasuke’s appearance in the capital drew so much attention that thrilled onlookers clambered over one another to get so much as a glimpse at this strange visitor with his unfathomable stature and skin tone.

“His celebrity status soon piqued the curiosity of Oda Nobunaga, a medieval Japanese warlord who was striving to unify Japan and bring peace to a country racked by civil war,” writes Ozy’s Leslie Nguyen-Okwu. “Nobunaga praised Yasuke’s strength and stature, describing ‘his might as that of 10 men,’ and brought him on as his feudal bodyguard.”

As many foreigners in Japan still discover today, the foreigner’s outsider status there also has its benefits: “Nobunaga grew fond of Yasuke and treated him like family as he earned his worth on the battlefield and on patrol at Azuchi Castle. In less than a year, Yasuke went from being a lowly page to joining the upper echelons of Japan’s warrior class, the samurai. Before long, Yasuke was speaking Japanese fluently and riding alongside Nobunaga in battle.”

The legend of Yasuke ends soon after, in 1582, with Nobunaga’s fall at the hands of one of his own generals. That resulted in the first and only black samurai’s exile, probably to a Jesuit mission in Kyoto, but Yasuke has lived on in the imaginations of the last few generations of Japanese readers, all of whom grew up with the award-winning children’s book Kuro-suke (kuro meaning “black” in Japanese) by Kurusu Yoshio. This illustrated version of Yasuke’s life story, though told with humor, ends, according to a site about the book, on a bittersweet note: the defeated “Nobunaga kills himself, and Kuro-suke is saved and sent to Namban temple. When he sleeps that night, he dreams of his parents in Africa. Kuro-suke cries silently.”

What the story of Yasuke lacks in thorough historical documentation (though you can see a fair few pieces briefly cited on the site of this documentary project) it more than makes up in fascination, and somehow Hollywood, nearly fifteen years after Tom Cruise’s high-profile turn as a white samurai, has only just awoken to its potential. In March,  Hollywood Reporter announced that the film studio Lionsgate “has tapped Highlander creator Gregory Widen to script Black Samurai,” a “period action drama” based on the Yasuke legend. Widen’s considerable experience in the outsider-with-sword genre makes him an understandable choice, but one has to wonder — shouldn’t Quentin Tarantino’s phone be ringing off the hook right about now?