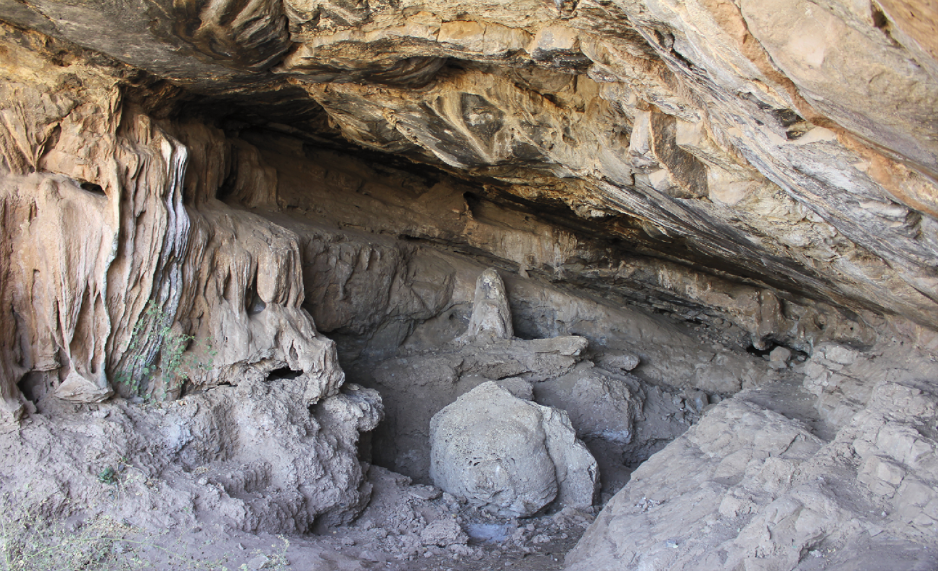 If you want to see where art began, go to a cave. Not just any cave, but not just one cave either. You’ll find the best-known cave paintings at Lascaux, an area of southwestern France with a cave complex whose walls feature over 600 images of animals, humans, and symbols, all of them more than 17,000 years old, but other caves elsewhere in the world reveal other chapters of art’s early history. Some of those chapters have only just come into legibility, as in the case of the cave near the Ethiopian city of Dire Dawa recently determined to be the world’s oldest “art studio.”

“The Porc-Epic cave was discovered by Pierre Teilhard de Chardin and Henry de Monfreid in 1929 and thought to date to about 43,000 to 42,000 years ago, during the Middle Stone Age,” writes Sarah Cascone at Artnet.

There, archaeologists have found “a stash of 4213 pieces, or nearly 90 pounds, of ochre, the largest such collection ever discovered at a prehistoric site in East Africa.” The “ancient visitors to the site processed the iron-rich ochre stones there by flaking and grinding the raw materials to produce a fine-grained and bright red powder,” a substance useful for “symbolic activities, such as body painting, the production of patterns on different media, or for signalling.” 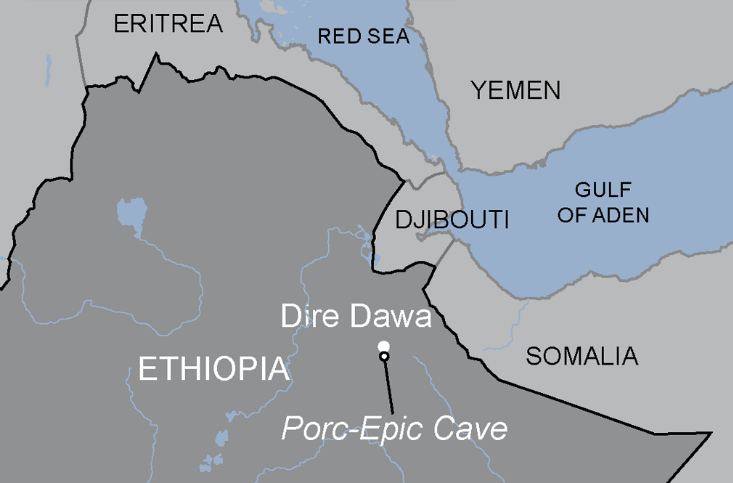 In other words, those who used this ochre-rich cave over its 4,500 years of service used it to produce their tools, which functioned like proto-stamps and crayons. You can read about these findings in much more detail in the paper “Patterns of change and continuity in ochre use during the late Middle Stone Age (MSA) of the Horn of Africa: The Porc-Epic Cave record” by Daniela Eugenia Rosso of the University of Barcelona and Francesco d’Errico and Alain Queffelec of the University of Bordeaux. In it, the authors “identify patterns of continuity in ochre acquisition, treatment and use reflecting both persistent use of the same geological resources and similar uses of iron-rich rocks by late MSA Porc-Epic inhabitants.”

The Ethiopian site contains so much ochre, in fact, that “this continuity can be interpreted as the expression of a cohesive cultural adaptation, largely shared by all community members and consistently transmitted through time.” The more evidence sites like the Porc-Epic cave provide, the greater the level of detail in which we’ll be able to piece together the story of not just art, but culture itself. Culture, as Brian Eno so neatly defined it, is everything you don’t have to do, and though drawing in ochre might well have proven useful for the prehistoric inhabitants of modern-day Ethiopia, one of them had to give it a try before it had any acknowledged purpose. Little could they have imagined what that action would lead to over the next few tens of thousands of years.