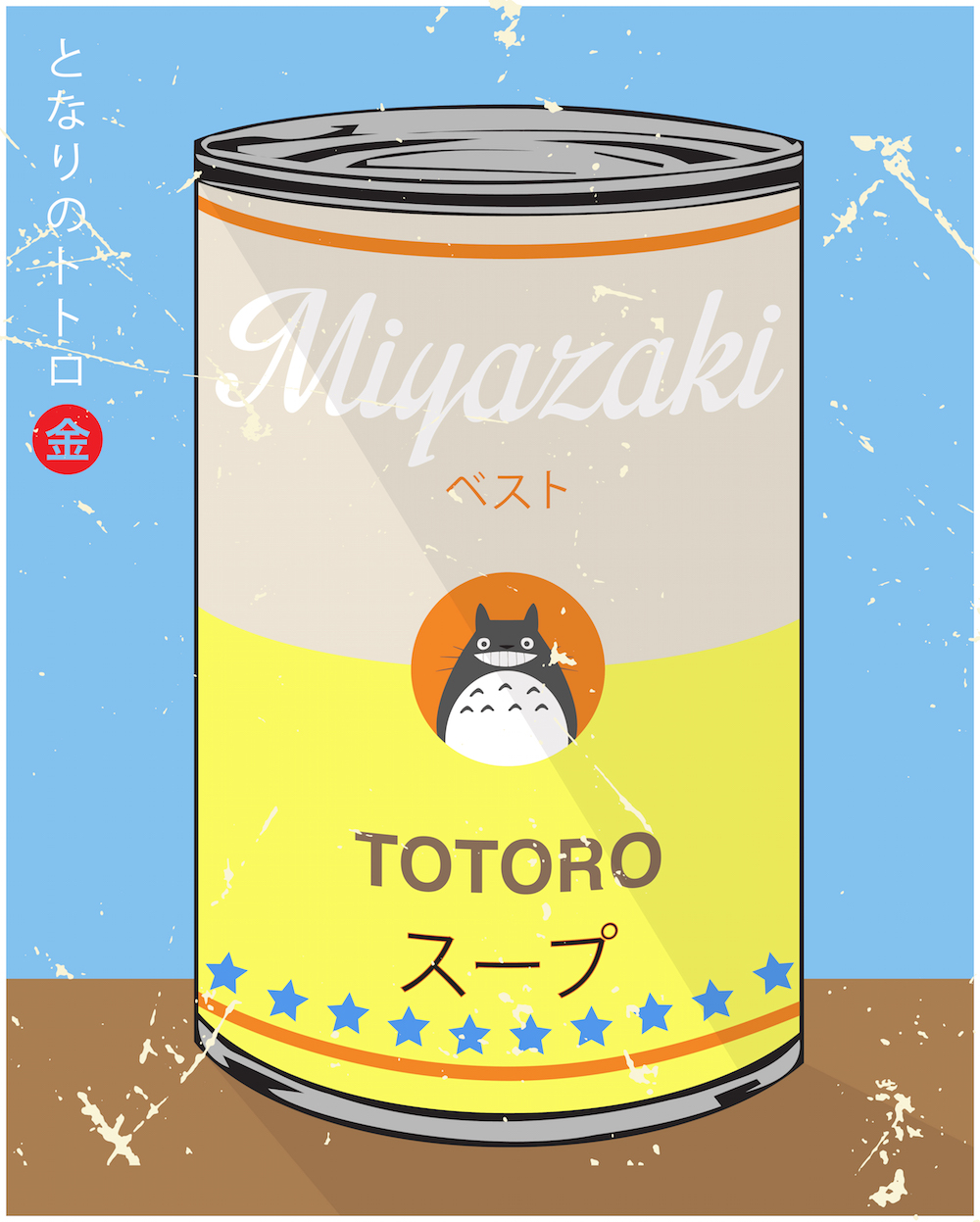 He has deconstructed them into a series of Pantone of color palettes and captured several favorite moments through the lens of VHS tape glitches.

Miyazaki–Special Soup Series, his latest exploratory journey into the enchanted world of the revered master animator and director–finds him reducing each film to a couple of essential flavors.

One can imagine Mom calling the kids in from an afternoon of sledding for a warm, Cream of Tomato-ish bowl of Totoro. 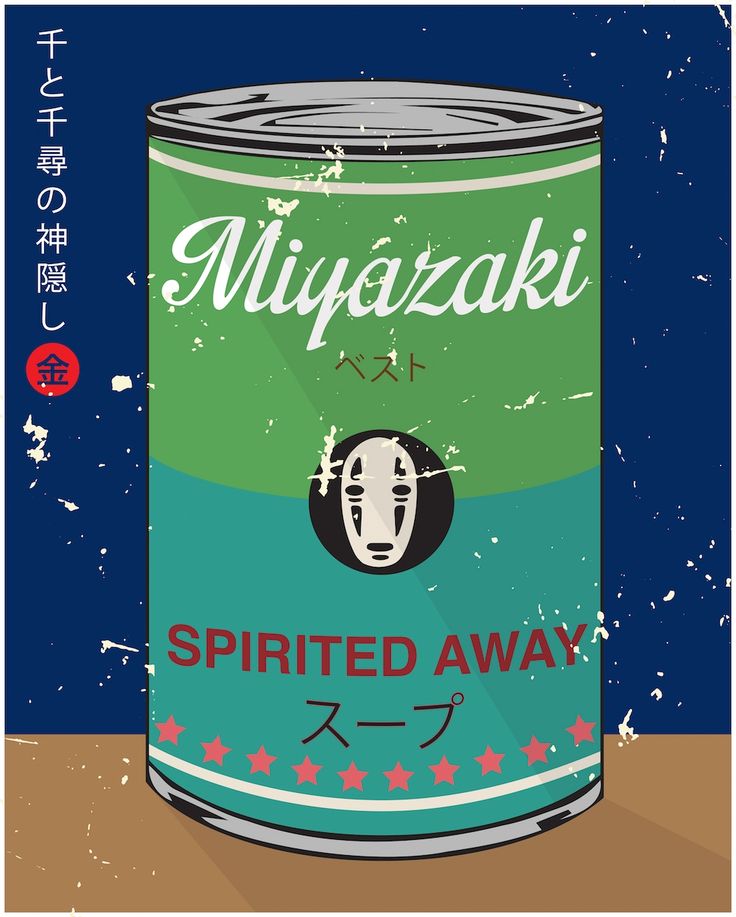 Spirited Away and Howl’s Moving Castle are slightly more sophisticated flavors, that may involve leafy greens. 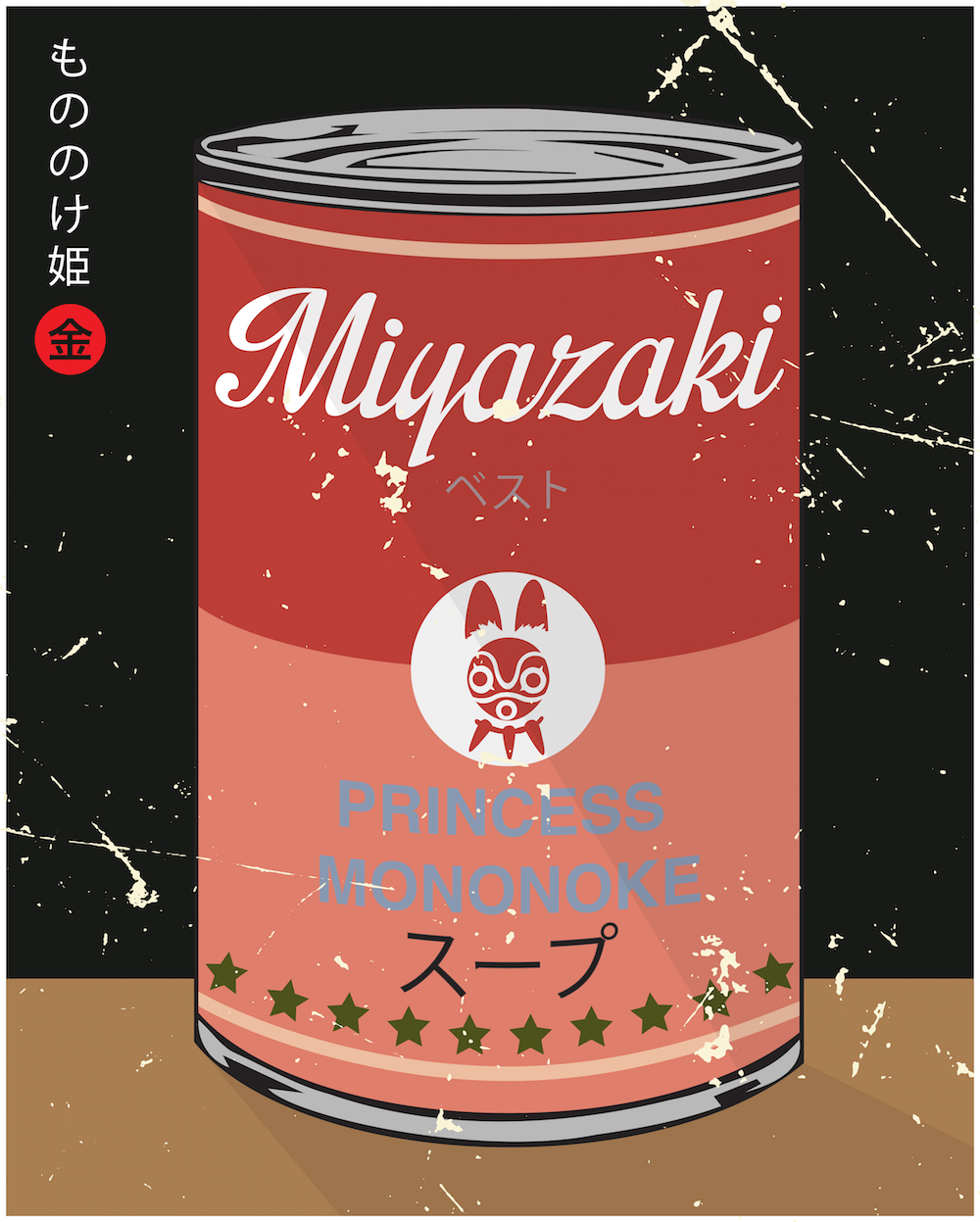 Princess Mononoke and Porco Rosso are Grandpa’s favorites–real stick to your ribs fare.

The subtle iconography brings added dimension to the stark product design Warhol duplicated to such acclaim.

As Kim told the Creators Project:

This is not Kim’s first go at Campbell’s. His earlier Supersoup Series reduced superheroes to consommé and cream ofs. Don’t forget the oyster crackers.