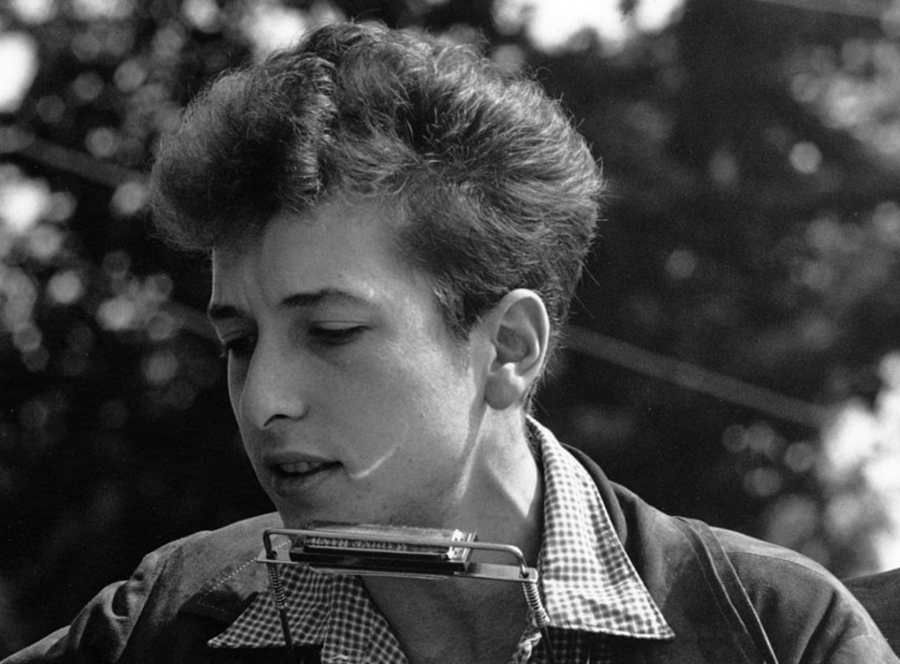 Shakespeare may have come up with the seven ages of man (see: As You Like It for more info), but Bob Dylan has had more than seven ages in his five decades of making music. There’s the young Woody Guthrie fan, the protest singer, the poet of a generation, the recluse, the Christian convert, the man who made Greil Marcus ask “What is this shit?” about his 1970 Self-Portrait album, the Mystic who channeled “old weird America” as Marcus would also define it, the endless touring workhorse, the Traveling Wilbury, the pencil-mustache dapper standards interpreter, and on and on.

You get the point, so this Spotify collection (gathered together by Samuel Huxley Cohen) sets out to take on this monumental career with a 55 hour playlist of Dylan’s music, 763 songs in total, in chronological order, from 1962’s “You’re No Good” to “Melancholy Mood” from 2016’s Fallen Angels. (His current album from this year, the three-disc Triplicate is not represented, though it’s separately on Spotify here.)

Not only can one chart the artistic progression from earnest folkie to living enigma, one can chart the changes in Dylan’s voice over time, which has long been the subject of criticism. His young voice was once compared to a “cow stuck in an electric fence,” and now in his 70s, “ Dylan’s voice has been in ruins during many of his recent concerts, somewhere between Howlin’ Wolf’s growl and a tubercular wheeze,” as the Chicago Tribune’s Greg Kot wrote recently. But in between, there were softer moments. As a younger Dylan fan I was exposed at first only to his classic 1960s trilogy—Bringing It All Back Home through Blonde on Blonde—and his nasal, accusatory tone, only to be befuddled by the voice on Nashville Skyline. It didn’t even sound like the same person.

Yes, there are bones to pick with this playlist, mostly in its strict adherence to release date chronology and not so much recording chronology, which would make more sense (but would be way more time consuming). The Basement Tapes make more fascinating listening coming as they really did after Blonde on Blonde in 1967, after Dylan’s motorcycle accident and before John Wesley Harding, the album highly informed by those sessions. Not so much placed here right after the astounding but intimate and bleak Blood on the Tracks. And a lot of the live and rare recordings found on the ever increasing Bootleg Series are just a jumble.

But put it this way, the man himself could care less in what order you listen to them, or if at all. A really thorough chronology might reveal the “real Dylan,” but then again…maybe not. Enter at your own risk.