Stephen Hawking Picks the Music (and One Novel) He’d Spend Eternity With: Stream the Playlist Online 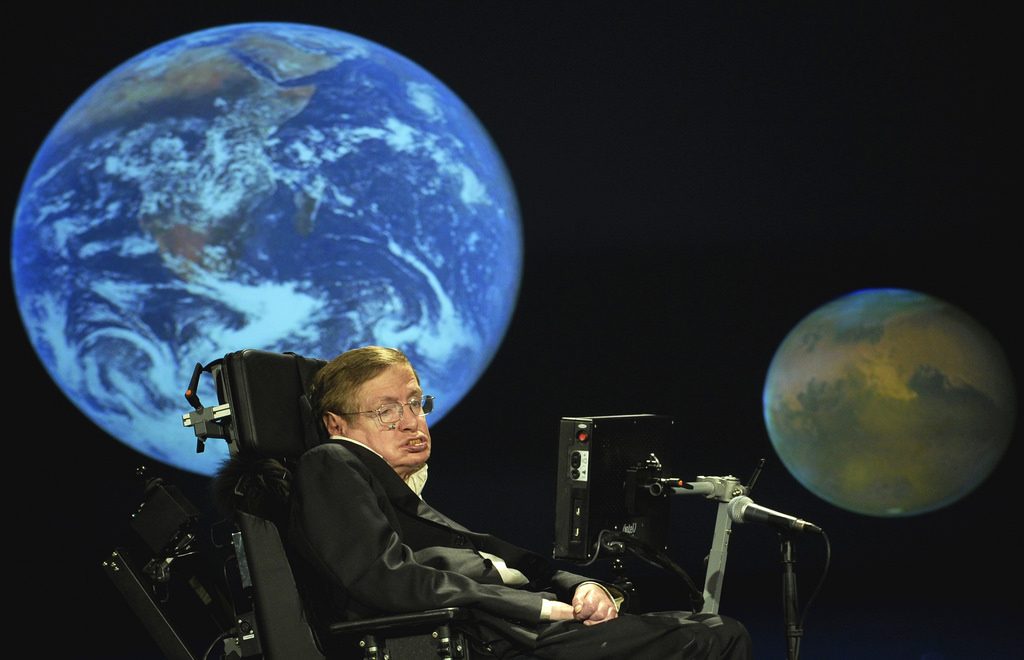 Image by NASA, via Wikimedia Commons

In Aspen, Colorado they hold a music festival every year and, in 1995, Stephen Hawking—who joined the cosmos this week—was there. This is where he first heard Francis Poulenc’s Gloria, considered by many the composer’s masterpiece.

“You can sit in your office in the physics centre there and hear the music without ever buying a ticket,” he said. “But on this occasion I was actually in the tent to hear the Gloria. It is one of a small number of works I consider great music.”

In 1992, the physicist was a guest on BBC Radio4’s long-running “Desert Island Discs” program to narrow down a list of music he’d take to the mythical island. Except for two pop songs, he chose classical works. You can listen to a Spotify playlist we’ve made containing the works below, or listen to the full interview with excerpts of the music here.

“I first became aware of classical music when I was 15,” he said in a Cambridge University interview. “LPs had recently appeared in Britain. I ripped out the mechanism of our old wind-up gramophone and put in a turntable and a three-valve amplifier. I made a speaker cabinet from an old book case, with a sheet of chip-board on the front. The whole system looked pretty crude, but it didn’t sound too bad.”

“At the time LPs were very expensive so I couldn’t afford any of them on a schoolboy budget. But I bought Stravinsky’s Symphony Of Psalms because it was on sale as a 10” LP, which were being phased out. The record was rather scratched, but I fell in love with the third movement, which makes up more than half the symphony.” However, on the BBC broadcast, he says the first record he bought was Brahms’ Violin Concerto in D Major, and he made that one of his Island selections.

The whole broadcast is worth listening to for Hawking’s very personal connections to all his choices, from Wagner to the Beatles to his all-time favorite, Mozart’s Requiem. Finally the show also asks for Hawking’s favorite book—George Eliot’s Middlemarch—and a Luxury Choice, for which he chooses creme brulee.

His two main pleasures in life, he said, are physics and music.

But his final choice is the most poignant and sums up a life well lived, especially since doctors told him he had two years left…in 1963. He proved them wrong, and then some. As Edith Piaf sings, “Non, Je Ne Regrette Rien.”

The Lighter Side of Stephen Hawking: The Physicist Cracks Jokes and a Smile with John Oliver