The Periodic Table of David Bowie: A Visualization of the Seminal Artist’s Influence and Influences

What do these 20th-century icons have in common?

The late musician David Bowie was a skin-shedding chameleon, and a remarkably stable isotope. His creative influences were varied.

Robertson’s table debuted in 2013 as part of the Victoria & Albert David Bowie is exhibition, three years before rock’s seminal Starman exited the planet. Following a 12-city tour, it’s taking its final bow at the Brooklyn Museum. 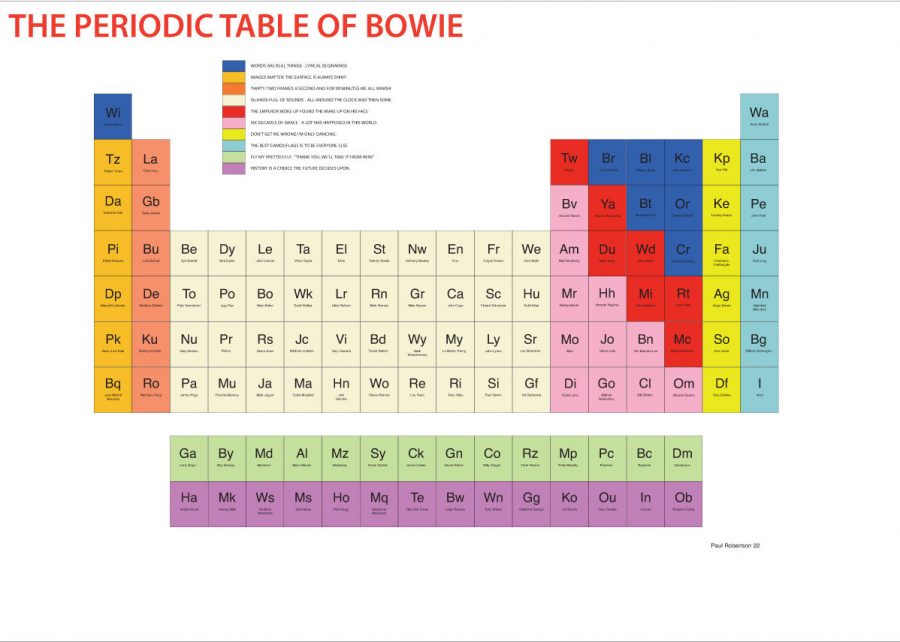 “I’m not an idiot,” the artist confided in an interview. “I know that people are mostly interested in it because it’s David Bowie. But I think it’s still a valid artwork.”

In addition to positioning such influences as collaborator John Lennon, filmmaker Stanley Kubrick, and former roommate Iggy Pop as atomic numbers, Robertson’s table allows for artists who came after.

Buy a print of the Periodic Table of Bowie here.

Explore David Bowie is in person at the Brooklyn Museum through July 15.

In 1999, David Bowie Predicts the Good and Bad of the Internet