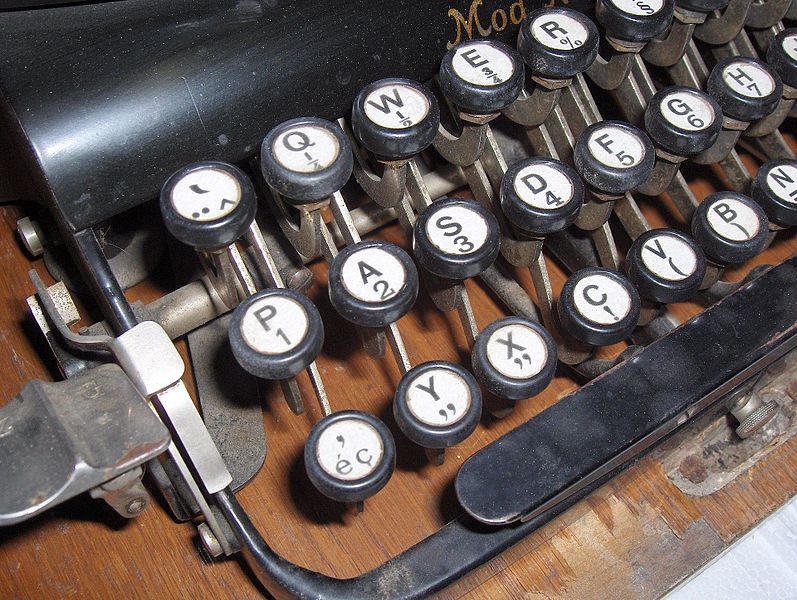 In former ages, wars erupted over the finer points of religious doctrine, a historical phenomenon that can seem perplexing to modern secularists. We’re past such things, we think. But then let someone bring up the Oxford comma or the number of spaces one should put after a period, and you may see writers, editors, and teachers pick sides and maybe come to blows in their defense of seemingly trivial grammatical and typographical standards. These debates approach the vehemence of Medieval arguments over transubstantiation.

I exaggerate, but maybe only slightly. There have been times, I confess, when I’ve felt I would fight for the serial comma. I grind my teeth and feel a rush of rage when I see two spaces instead of one after the end of sentences. Irrational, perhaps, but such is the human devotion to orthodoxy in the details. And so, when Skidmore College researchers Rebecca Johnson, Becky Bui, and Lindsay Schmitt published a paper last month in Attention, Perception, & Psychophysics claiming scientific support for a two-space period, they virtually lobbed a bomb into offices everywhere.

Angela Chen at The Verge parried with an article calling two spaces a “horrible habit.” The practice “remains bad,” she writes, “it’s ugly, it doesn’t help when it comes to what matters most (reading comprehension), and the experiment that supports its benefits uses an outdated font style.” (Don’t get me started on the font wars.) What was the experiment? The paper itself hides behind a redoubtable paywall, but Ars Technica’s Sean Gallagher gets to the gist of the study on a cohort of 60 Skidmore students.

Having identified subjects’ proclivities, the researchers then gave them 21 paragraphs to read (including one practice paragraph) on a computer screen and tracked their eye movement as they read using an Eyelink 1000 video-based eye tracking system. “Chin and forehead rests were used to minimize the reader’s head movements,” the Skidmore researchers wrote in their paper.

After the tracking, the researchers “evaluated the reading speed for each of the paragraph types presented in words per minute…. [they] found that two spaces at the end of a period slightly improved the processing of text during reading.” The study’s attempt to quantify the benefits of two spaces came after the American Psychological Association Manual’s most recent edition, which, for some reason, has changed camps to two spaces.

Gallagher explains the space debate as stemming from the major technological shift in word processing: “For anyone who learned their keyboarding skills on a typewriter rather than a computer… the double-space after the period is a deeply ingrained truth.” Speaking as such a person, it isn’t, but he’s right to note that typing teachers insisted on two spaces. Such was the standard until computers with variable-width fonts fully phased out typewriters.

So the Skidmore researchers raised the ire of Chen and others with their use of Courier New, a “fixed-width font that resembles typewritten text—used by hardly anyone for documents.” The blog Practical Typography analyzed the two space paper and remains unimpressed: “In sum—a small difference, limited to a certain category of test subjects, with numerous caveats attached. Not much to see here, I’m afraid.” (This description might accurately describe thousands of published studies.)

This war will rage on—the study fueling these recent skirmishes does not seem to justify two-spacers claiming victory. And anyway, good luck getting the rest of us to abandon faith in the one true space.