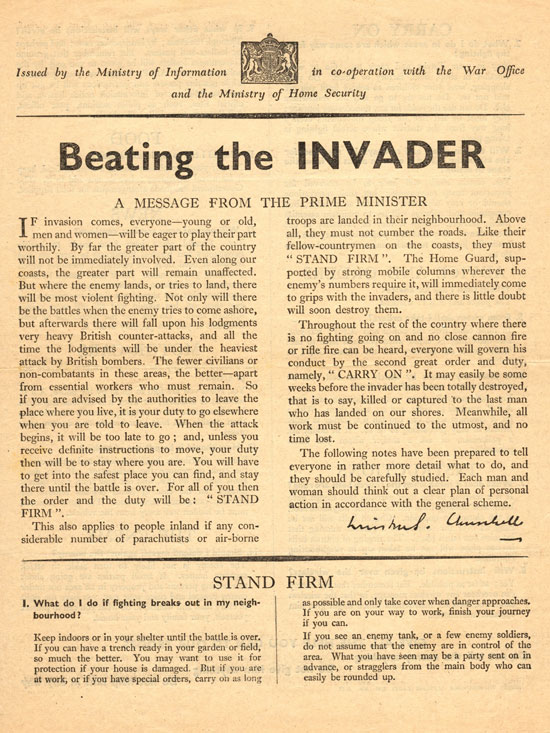 More than half a century after his death, Winston Churchill continues to draw both great admiration and great fascination. Interest in the wartime Prime Minister of the United Kingdom has even increased in recent years, as evidenced last year by Joe Wright’s highly praised film Darkest Hour. Starring Gary Oldman as Churchill, it tells the story of his assumption of the office in May 1940 and navigation of the dire global geopolitical situation (including but not limited to the Battle of Dunkirk, also cinematically recreated last year by Christopher Nolan) into which it immediately plunged him.

“We get the greatest hits, out loud,” writes the New Yorker‘s Anthony Lane on Oldman’s performance in a piece on why actors love to play Churchill. “We get the blood and the sweat, barked to the House of Commons, and, needless to say, we get the most celebrated speech of all, unleashed on June 4th, when the Prime Minister informed the world that Britain would fight the Germans on the beaches, in the streets, and wherever else they chose to intrude.”

Churchill could issue a compelling communiqué on the subject not just in speech but in writing, and he even prepared one for distribution in the event of a German invasion. Its characteristic title: “Beating the Invader.” 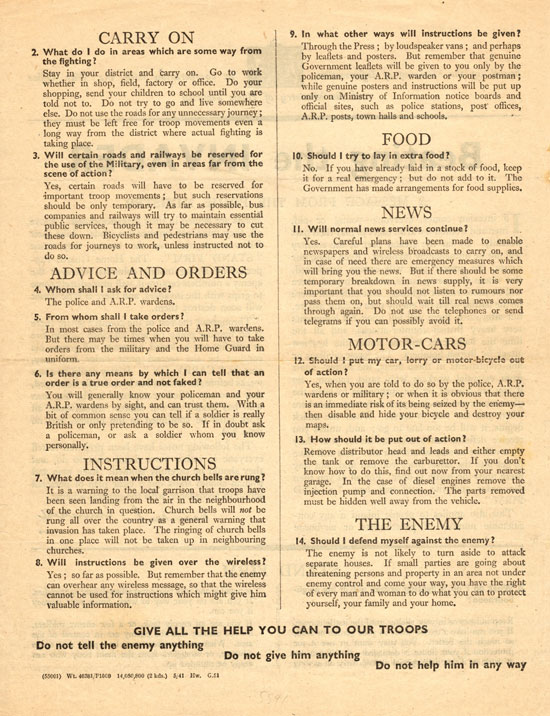 “If invasion comes, everyone – young or old, men and women – will be eager to play their part worthily,” Churchill proclaims in the leaflet, which you can read in full at AbeBooks. “If you are advised by the authorities to leave the place where you live, it is your duty to go elsewhere when you are told to leave. When the attack begins, it will be too late to go; and, unless you receive definite instructions to move, your duty then will be to stay where are. You will have to get into the safest place you can find, and stay there until the battle is over. For all of you then the order and the duty will be: ‘STAND FIRM’.”

Churchill provides more specifics of his expectations in a Q&A section, addressing such concerns as “What do I do if fighting breaks out in my neighbourhood?”, “Is there any means by which I can tell that an order is a true order and not faked?” (“With a bit of common sense you can tell if a soldier is really British or only pretending to be so”), and “Should I defend myself against the enemy?” To that last he assures his reader that “you have the right of every man and woman to do what you can to protect yourself, your family and your home.” Thanks to those who gave their all to win the war, it never came to that. And even now, though Britain faces no apparent danger of imminent invasion, many still govern their conduct in the spirit of Churchill’s “second great order and duty, namely, ‘CARRY ON’.”

If you want to purchase an original copy of the document, find some here.

‘Keep Calm and Carry On’: The Story of the Iconic World War II Poster

The Moon Disaster That Wasn’t: Nixon’s Speech In Case Apollo 11 Failed to Return