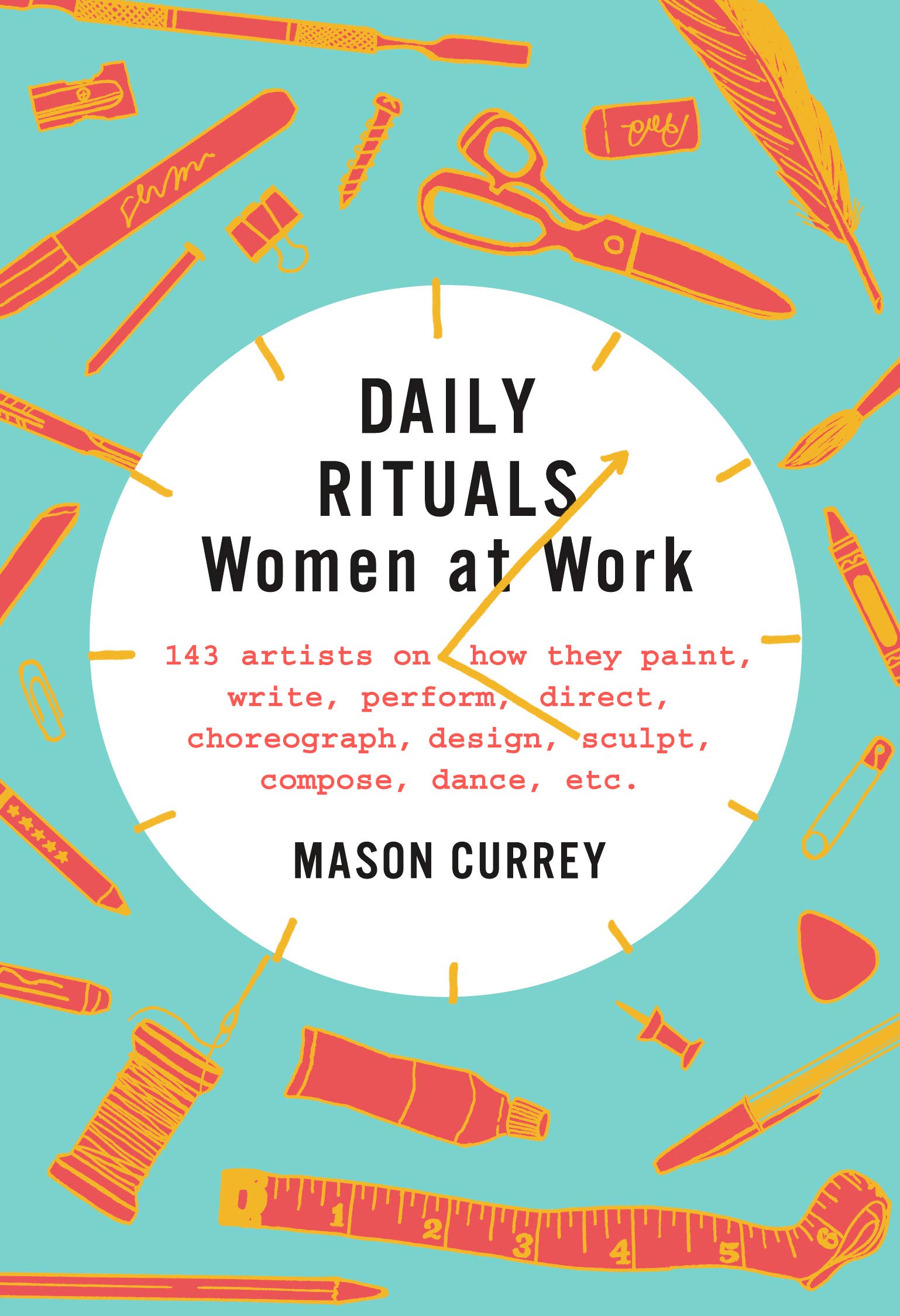 Certain kinds of content have flowered on the internet that we can’t seem to get enough of, and if you frequent Open Culture, you may well have a weakness for one kind in particular: the daily schedules of notable creators. When we know and respect someone’s work, we can’t help but wonder how they spend their finite time on this Earth in such a way that allows them to create that work in the first place. Mason Currey, creator of the blog Daily Rituals, knows this well: not only did all his posting about “how writers, artists, and other interesting people organize their days” lead to a book, Daily Rituals: How Great Minds Make Time, Find Inspiration, and Get to Work, it just last month produced a sequel, Daily Rituals: Women at Work.

“In the first Daily Rituals, I featured far more men than women,” writes Currey. “In this second volume, I correct the imbalance with profiles of the day-to-day working lives of 143 women writers, artists, and performers,” including Octavia Butler, “who wrote every day no matter what,” Isak Dinesen, “who subsisted on oysters and champagne but also amphetamines, which gave her the overdrive she required, Martha Graham, “who eschewed socializing in favor of long hours alone in her studio,” and Lillian Hellman, “who chain-smoked three packs of cigarettes and drank twenty cups of coffee a day (after milking the cow and cleaning the barn on her Hardscrabble Farm).”

You can read a few excerpts of the book at the publisher’s web site. Coco Chanel, we learn, usually arrived late to the office but “stayed until late in the evening, compelling her employees to hang around with her even after work had ceased, pouring wine and talking nonstop, avoiding for as long as possible the return to her room at the Ritz and to the boredom and loneliness that awaited her there.” Edith Wharton, by contrast, “always worked in the morning, and houseguests who stayed at the Mount — the 113-acre estate in Lenox, Massachusetts, where Wharton penned several novels, including The House of Mirth and Ethan Frome — were expected to entertain themselves until 11:00 a.m. or noon, when their hostess would emerge from her private quarters, ready to go for a walk or work in the garden.”

The other subjects of Daily Rituals: Women at Work, a full list of which you can read here, include everyone from Maya Angelou to Diane Arbus, Joan Didion to Marlene Dietrich, Dorothy Parker to Emily Post, and Agnès Varda to Alice Walker. Not only do no two of these creators have the same routines, their strategies for how best to use their time often conflict. “Screw inspiration,” said Octavia Butler, but her colleague in writing Zadie Smith takes quite a different tack: “I think you need to feel an urgency about the acts,” Currey quotes her as saying in an interview, “otherwise when you read it, you feel no urgency either. So, I don’t write unless I really feel I need to.” For all tips as you might pick up from these 143 women, as well as from the creators of both sexes in the previous book, the most important one might be a meta-tip: develop the set of daily rituals that suits your personality and no one else’s.