High school drama departments tend to work from a pretty standardized repertoire, which makes sense given the strict limitations they work under: short time frames, school-sized budgets, teenage actors. The elaborate, Hollywood film-like productions staged by Max Fischer in Wes Anderson’s Rushmore speak to frustrated high-school theater directors and their fantasies about what they could put on stage with a bit more in the way of resources. But just this month, a real high-school drama club put on a show that out-Max Fischered Max Fischer, drawing not just the astonishment of the internet but the respect of one of the most eminent filmmakers alive.

“A New Jersey high school has found itself the unexpected recipient of online acclaim and viral attention for its recent stage production of Alien, the 1979 science-fiction thriller,” writes the New York Times‘ Dave Itzkoff. “Alien: The Play, presented last weekend by the drama club of North Bergen High School, starred a cast of eight students in the film roles originally played by Sigourney Weaver, Tom Skerritt, John Hurt and Ian Holm. Whereas the movie had a budget in the range of about $10 million, Alien: The Play had costumes, props and set designs made mostly from donated and recycled materials.” Or as North Bergen student Justin Pierson put it in NJ.com’s video on the surprise hit: “This is going to sound really funny but (the set crew) used garbage essentially.”

With that “garbage” — “just anything that was lying around, like cardboard and metal” — they built not only a set that convincingly evokes the dark claustrophobia of the space ship Nostromo, but a shockingly accurate-looking alien, the terrifying creature originally born from the mind of Swiss illustrator H.R. Giger.

The young cast and crew get into detail about how they did it on Syfy’s Fandom File podcast: “Much of the attention has highlighted and embraced their DIY approach,” writes host Jordan Zakarin, and “they were endlessly creative in building the sets, with hand-puppet aliens, egg crate walls, a stuffed cat (the stand-in for Jones was a particularly ingenious idea), and other sweded props.” 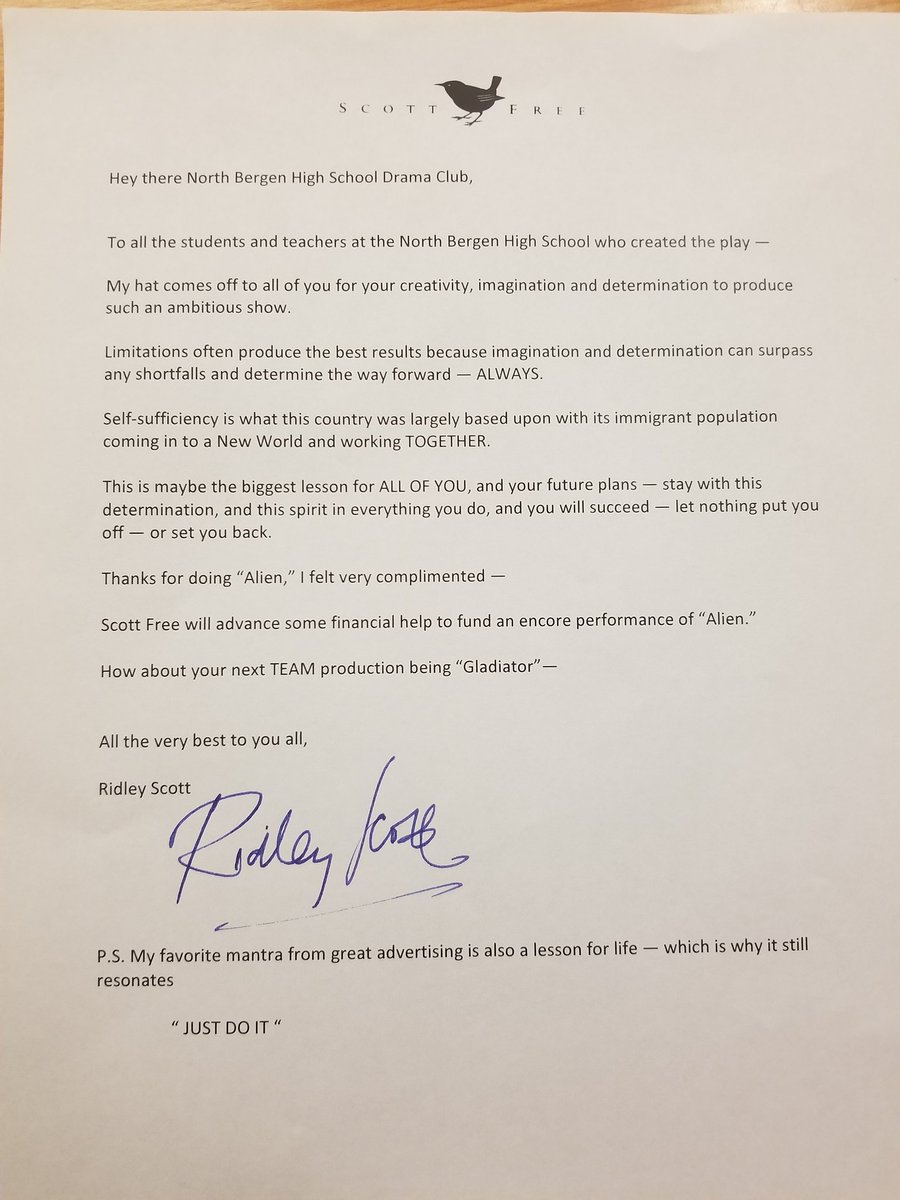 Responses to the video clips of Alien: The Play that have circulated on the internet include a personal congratulatory message from the original film’s star Sigourney Weaver as well as a letter from its director Ridley Scott, which Alien: The Play‘s director, North Bergen English-teacher-by-day Perfecto Cuervo, posted on Twitter. “Limitations often produce the best results because imagination and determination can surpass any shortfalls and determine the way forward — ALWAYS,” writes Scott, who has built his reputation in the film industry on taking firm and decisive action in the face of any and all production difficulties. He also offers both the funds for an encore production as well as a suggestion: “How about your next TEAM production being Gladiator.” No doubt Cuervo and his enterprising players are feeling pretty vindicated in their decision not to do Our Town right about now. 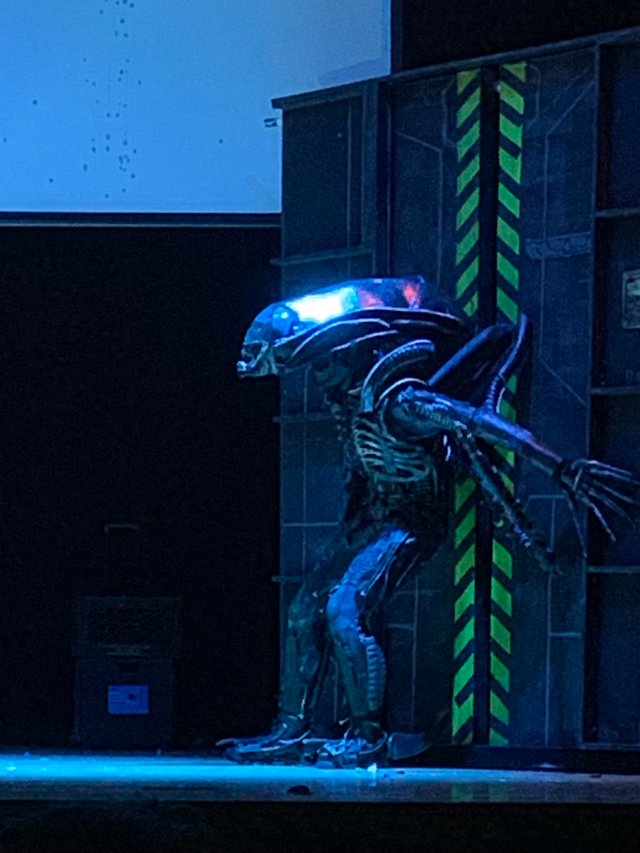 Ridley Scott Walks You Through His Favorite Scene from Blade Runner

Orson Welles Presents Thornton Wilder’s Our Town, the Most Popular High School Play of All Time (1939)