The City of Nashville Built a Full-Scale Replica of the Parthenon in 1897, and It’s Still Standing Today 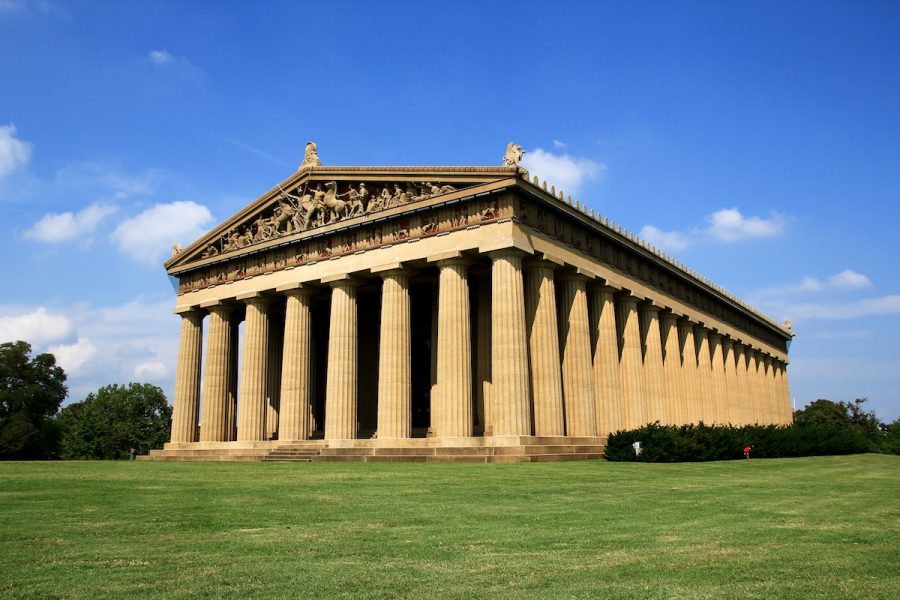 A recent executive order stating that “the classical architectural style shall be the preferred and default style” for federal buildings in the U.S. has reminded some of other executives who enforced neoclassicicism as the state’s official aesthetic dogma. In the case of the U.S., however, neoclassical building does not draw from ancient sources, but from “a 19th century interpretation of what people were doing in Rome and Athens millennia ago,” as Steve Rose writes at The Guardian.

In other words, contemporary “classical architectural style” in the U.S. is a copy of a copy. Kitsch. But maybe the creation of simulations is what America does best, though not typically under threat of government sanction should one do otherwise. “Living in the relatively youthful country that’s a mere 241 years old,” Isaac Kaplan wrote at Artsy in 2017, “it’s understandable that some Americans might decide to import a little extra history from abroad,” by making versions of ancient monuments in their backyard.

Such buildings span the country, from offbeat roadside attractions to the most expensive and elaborate recreations. “There is a faux-Venice in Las Vegas, and a Stonehenge II in Texas.” And in Nashville, Tennessee: a full-scale replica of the Parthenon, built in 1897 for the Centennial Exposition celebrating the state’s 100th anniversary. The detailed re-creation went further than imitating a ruin. It “restored the aspects of the original Parthenon that were lost or damaged” in an interpretive re-creation of what it might have looked like.

The building held the Exposition’s art gallery and “spoke to the city’s self-declared reputation as the ‘Athens of the South.’” (Memphis countered the grand architectural gesture by building a pyramid; Athens, Georgia, however, did not respond in kind.) Constructed out of concrete, and not built to outlast the celebrations, the replica began to fall apart soon afterwards, prompting a restoration effort in 1920 aimed at making the Nashville Parthenon as “enduring and as historically true to the original Parthenon as possible.”

The Great Depression halted plans for an enormous statue of Athena, meant to recreate one that once stood inside the original Parthenon, but after decades of donations it was finally unveiled in 1990. Standing 42 feet high, the massive figure holds a 6-foot-4-inch statue of the goddess Nike in her hand. Unlike 19th century neoclassical recreations, Athena “boasts a major historical detail: polychromy,” painted in bright greens, reds, and blues, righting “the long-held and historically incorrect view of the ancient past as one dominated by whiteness.” 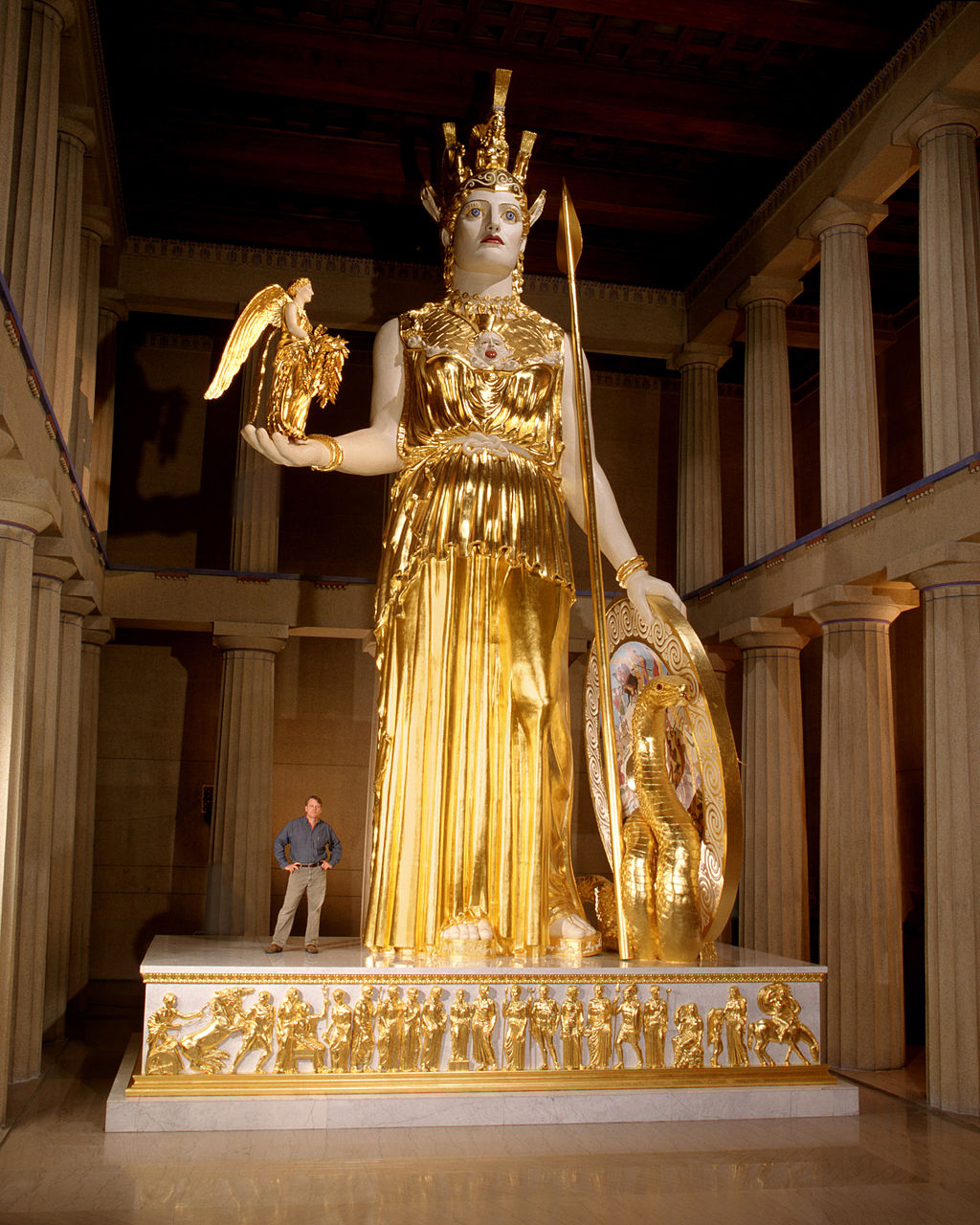 See more photographs from 1909 at the Library of Congress digital collections, of the replica of a temple originally dedicated to honoring the female personification of wisdom. And at the top, see a much more recent photo of the restored building. The Nashville Parthenon is still in business, charging reasonable admission for a view tourists could never get in Athens, as well as a permanent collection of 63 paintings by American artists and galleries housing temporary shows and exhibits.

The History of Ancient Greece in 18 Minutes: A Brisk Primer Narrated by Brian Cox