Cambridge University Professor Cooks 4000-Year-Old Recipes from Ancient Mesopotamia, and Lets You See How They Turned Out 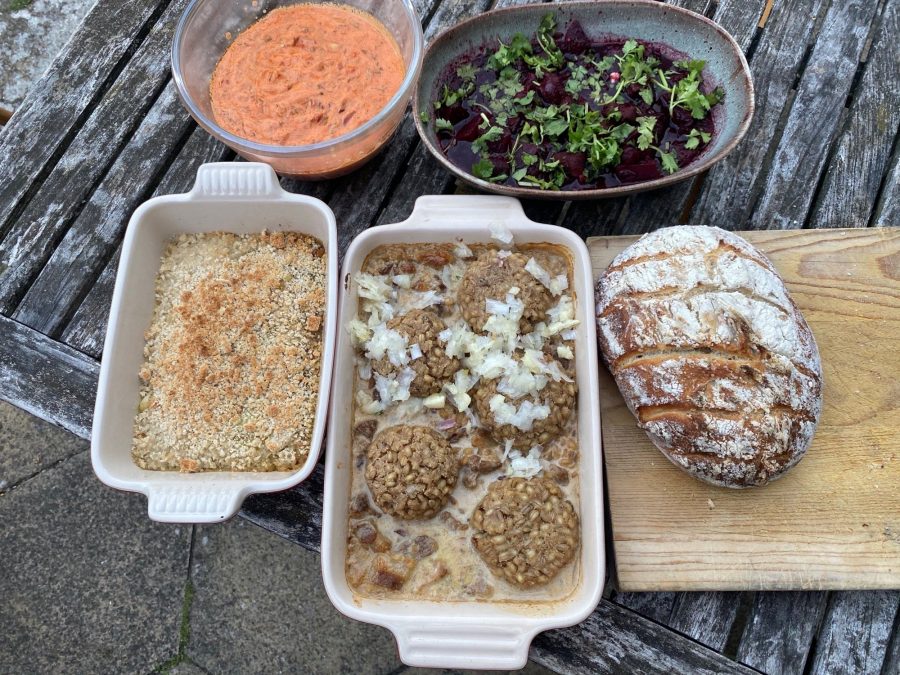 Those of us who’ve dedicated a portion of our isolation to the art of sourdough have not suffered for a lack of information on how that particular sausage should get made.

The Internet harbors hundreds, nay, thousands of complicated, contrary, often contradictory, extremely firm opinions on the subject. You can lose hours…days…weeks, agonizing over which method to use.

The course for Bill Sutherland‘s recent culinary experiment was much more clearly charted.

As documented in a series of now-viral Twitter posts, the Cambridge University professor of Conservation Biology decided to attempt a Mesopotamian meal, as inscribed on a 3770-year-old recipe tablet containing humankind’s oldest surviving recipes. 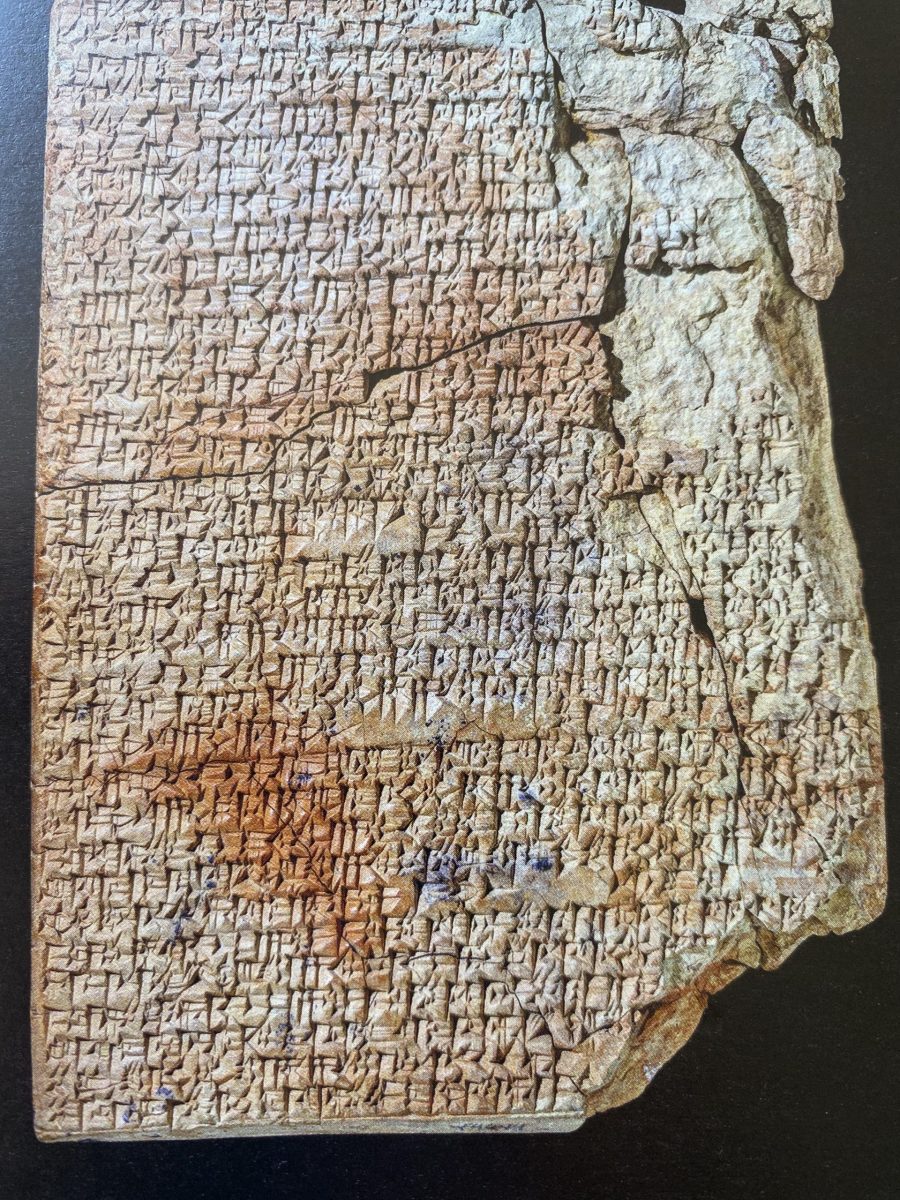 As Sutherland told Bored Panda’s Liucija Adomaite and Ilona Baliūnaitė, the translated recipes, found in Ancient Mesopotamia Speaks: Highlights of the Yale Babylonian Collection, were “astonishingly terse” and “perplexing,” leading to some guess work with regard to onions and garlic.

In addition to 25 recipes, the book has photos and illustrations of various artifacts and essays that “present the ancient Near East in the light of present-day discussion of lived experiences, focusing on family life and love, education and scholarship, identity, crime and transgression, demons, and sickness.”

Kind of like a cradle of civilization Martha Stewart Living, just a bit less user friendly with regard to things like measurements, temperature, and cooking times. Which is not to say the instructions aren’t step-by-step:

You crush and add leek and garlic.

The meal, which required just a couple hours prep in Sutherland’s non-ancient kitchen sounds like something he might have ordered for delivery from one of Cambridge’s Near Eastern restaurants. 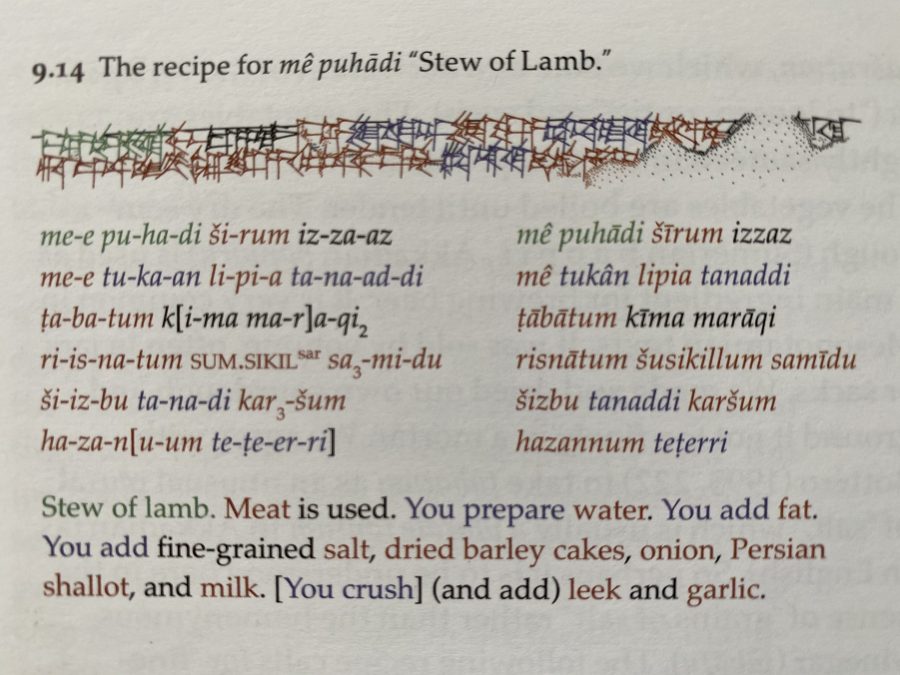 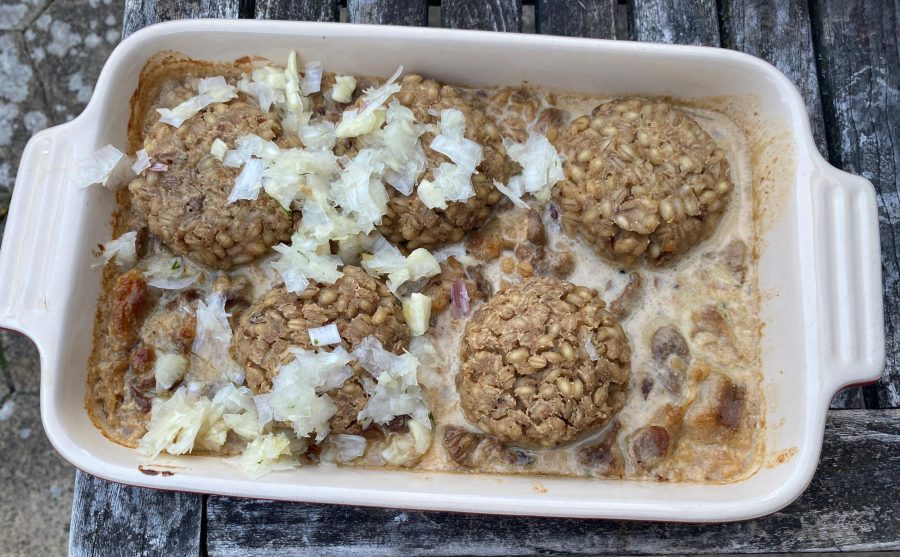 The lamb stew was the hit of the night.

Unwinding, a casserole of leeks and spring onion, looked inviting but was “a bit boring.” 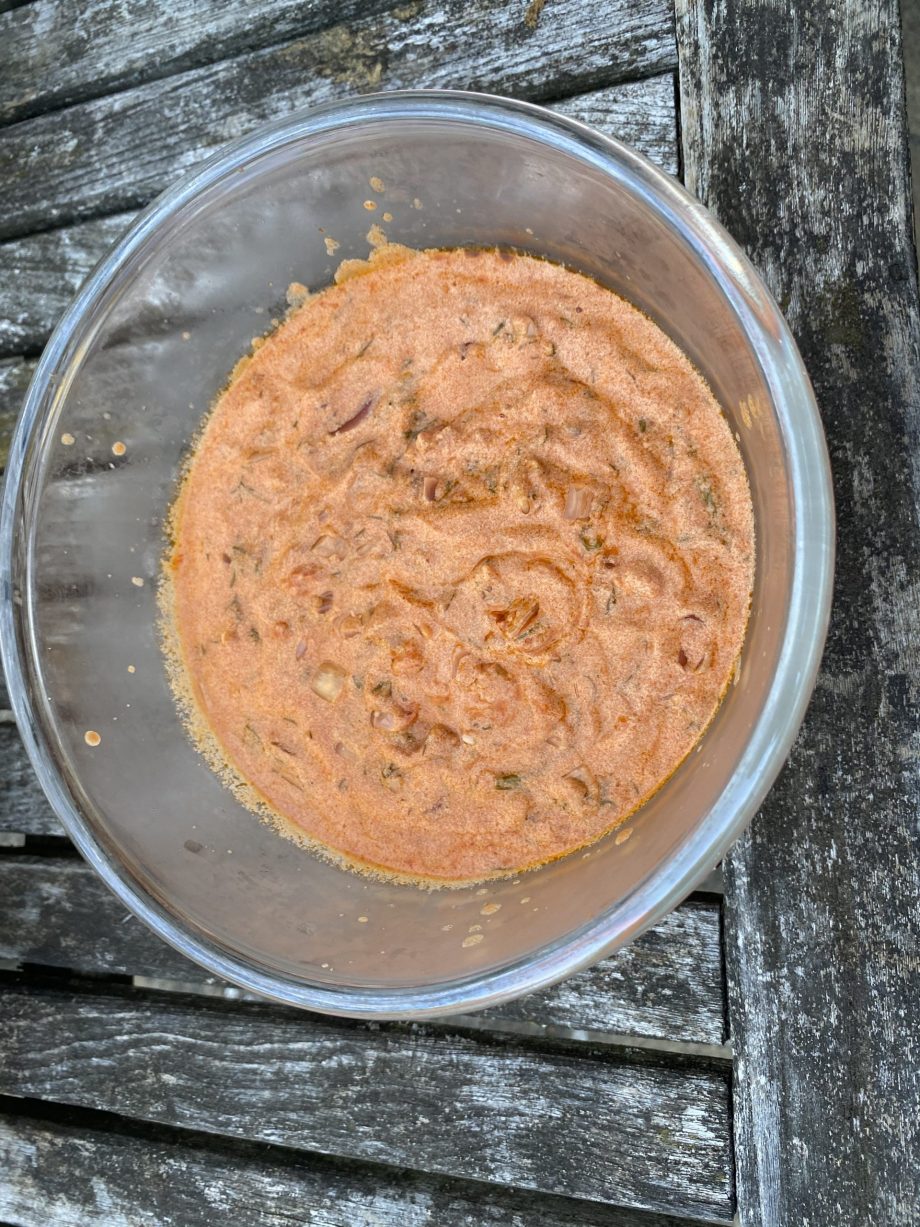 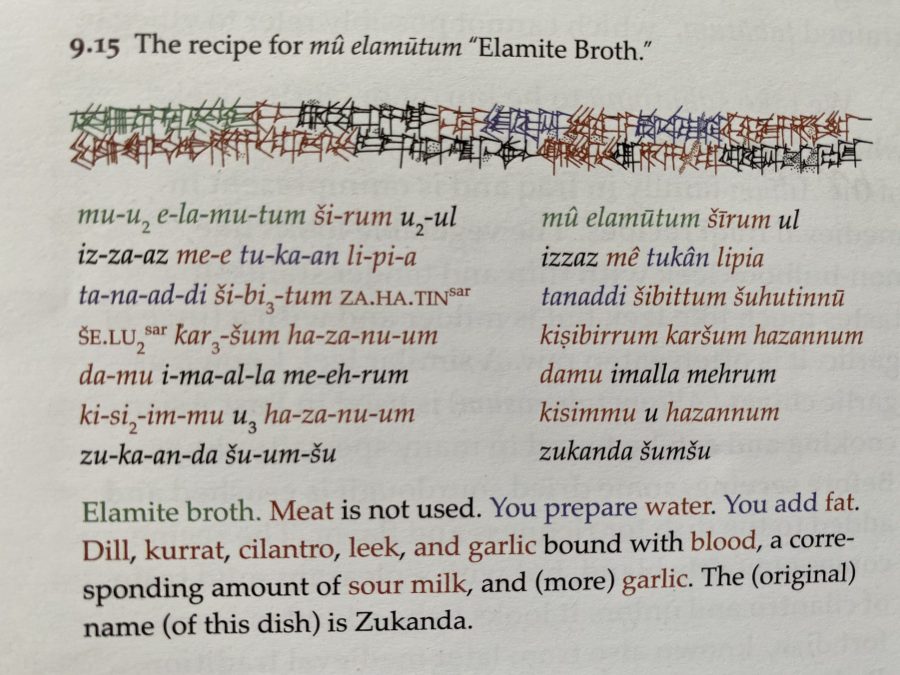 It’s an admittedly meaty proposition. Only 2 of the 25 recipes in the collection are vegetarian (“meat is not used.”)

And even there, to be really authentic, you’d have to sauté everything in sheep fat.

Ayun Halliday is an author, illustrator, theater maker and Chief Primatologist of the East Village Inky zine.  Her isolation projects are sourdough and an animation with free downloadable posters, encouraging the use of face coverings to stop the spread of COVID-19. Follow her @AyunHalliday.