The cards of the tarot, first created for play around 600 years ago and used in recent centuries for occult divination of truths about life, the universe, and everything, should by all rights be nothing more than a historical curiosity today. Yet something about the tarot still compels, even to many of us in the ever more digital, ever more data-driven 21st century. Taschen, publisher of lavish art and photo books, know this: hence, as we featured last year here on Open Culture, products like their box-set reissue of the tarot deck designed by Salvador Dalí. (There must be a meaningful overlap between Taschen’s demographic and Dalí’s fans, given that the publisher more recently put out the most complete collection of his paintings between two covers.) 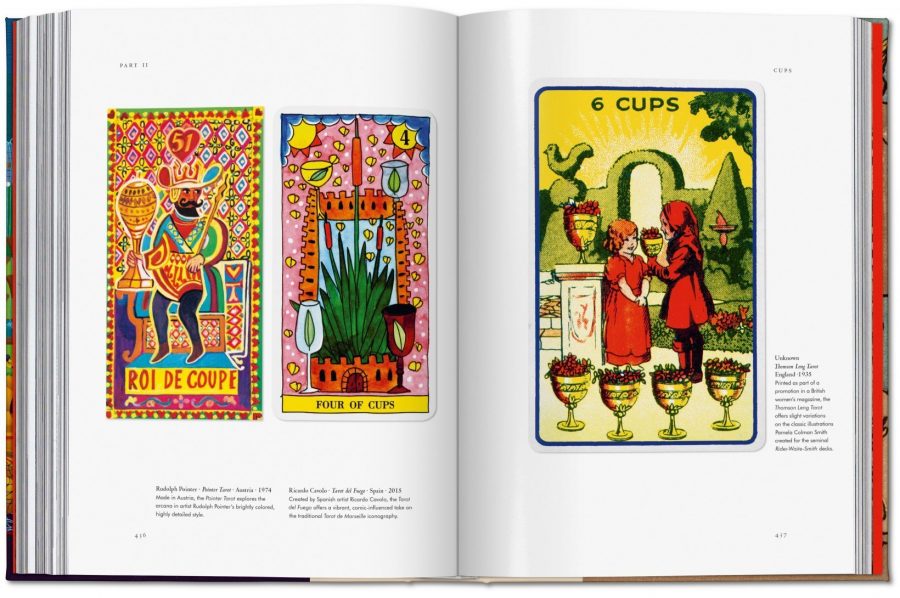 Dalí isn’t the only artist whose interpretations of the Fool, the Hierophant, the Lovers, the Hanged One, and the other arcana have graced a tarot deck. H.R. Giger, the artist responsible for the biomechanical creepiness of Alien, designed one in the 1990s; more recently, we’ve featured decks illustrated with visions inspired by the novels of Philip K. Dick and David Lynch’s Twin Peaks.

But all these together — even including the “Thoth deck” designed by occultist Aleister Crowley and the Sola-Busca deck, the earliest known complete set of tarot cards — represent only a small fraction of the story of tarot’s place in the past six centuries of civilization. That story is told, and more importantly shown, in Taschen’s new book Divine Decks: A Visual History of Tarot. 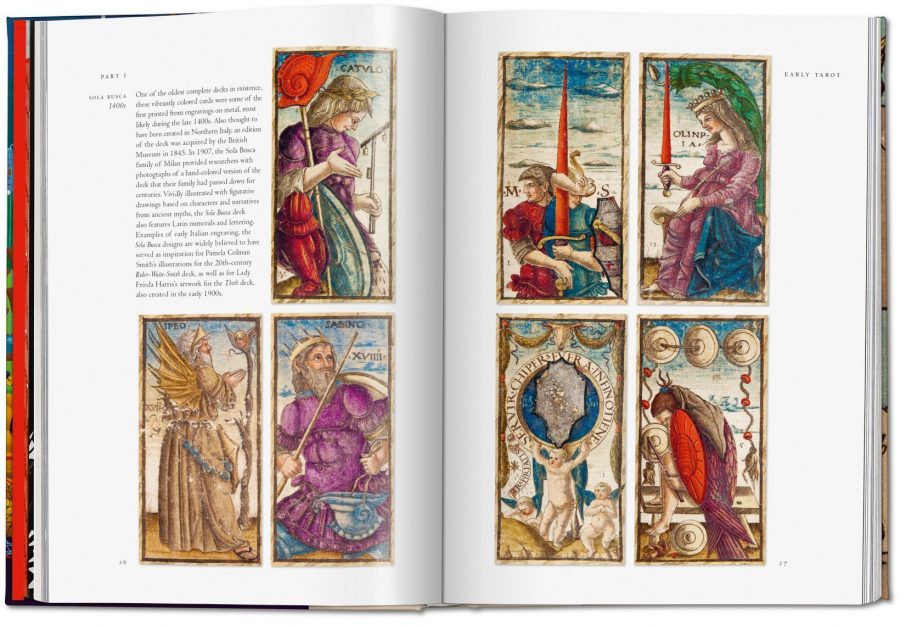 The first volume in Taschen’s “Library of Esoterica,” the book “gathers more than 500 cards and works of original art from around the world in the ultimate exploration of a centuries-old art form.” An image gallery on Taschen’s web site gives a small sampling of the range of tarot decks found within, including ones created in 1930s England, 1970s Italy, and 2010s Brooklyn. One was intended as a promotional item for an American paper company in the 1960s; another, with different purposes, announces itself as the “Black Power Tarot.” This in addition to such well-known examples as Crowley’s Thoth deck and the venerable Sola-Busca, both lushly reproduced in its pages. And the tarot lives on, as I’m reminded whenever I pass one of the many storefronts here in Seoul offering tarot readings. In any case, it’s certainly come a long way from 15th-century Europe. You can get a copy of Divine Decks: A Visual History of Tarot on Taschen’s website.