Get the Ancient Roman Look: A Hair & Makeup Video Tutorial

Remember early April, when we threw ourselves into the Getty Challenge, turning ourselves into historic art recreations in lieu of climbing the walls?

Seems like ages ago, doesn’t it, that you wrapped a shower curtain around your head and rifled through the button box, rabid to make yourself into a masterpiece.

First it was depressing.

Now it’s just boring (with the occasional thrum of anxiety).

Perhaps it’s time to shake things up a bit, and Crows Eye Productions’ tutorial on achieving an Ancient Roman look using modern hair and beauty products, above, is an excellent place to start.

While Crows Eye specializes in building historically accurate period dress from the unmentionable out, it’s worth noting that stylist Liv Free takes a few liberties, adding a bit of mascara and lipstick despite a dearth of evidence that Roman women enhanced their lips or lashes.

She also uses curling irons, ponytail holders, and a hair donut to create a crown of ringlets and braids.

If you’re a stickler for authenticity who won’t be able to live with yourself if you’re not sewn into your hair style with a bone needle, you may be better off consulting the YouTube channel of hair archeologist Janet Stephens.

But, if your goal is merely to wow your co-workers with a full-on Flavian Dynasty look during your next Zoom call, by all means grab some pale lead-free foundation, some expendable Hot Buns, and some light blush.

Don’t worry that you’ll appear too done up. Free notes that Roman women of both high and low birth were devoted to makeup, but in deference to their men, limited themselves to the natural look.

These days, anyone who wants to remake themselves in the image of Empress Domitia Longina should feel free to take a crack at it, irrespective of gender, race, or extra hands to help with the parts of the hairstyle you can can’t see in the mirror (or a Zoom window).

Once we have mastered our new look, we can see about another museum challenge. Here’s some inspiration to get us started. 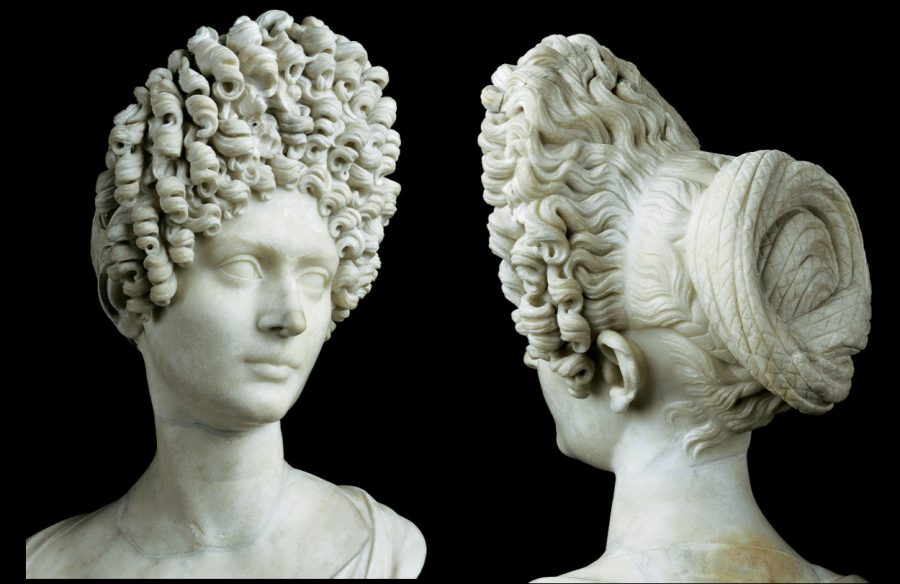