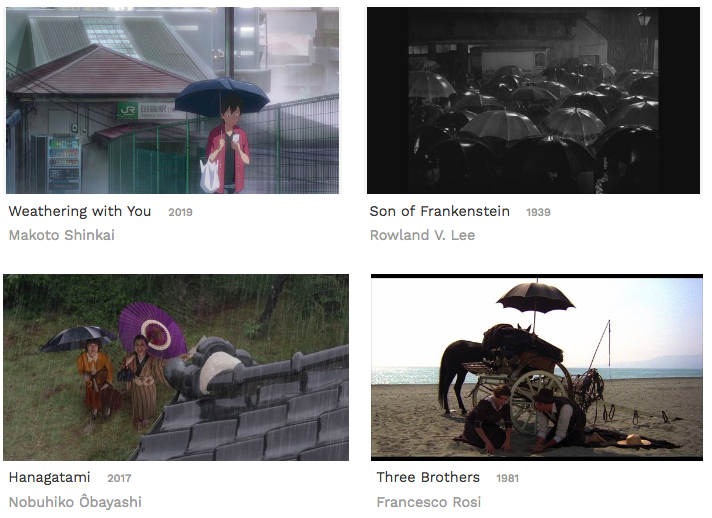 There was a time when cinephile shorthand consisted mostly of quotations from movies — from movies’ dialogue, to be precise. The distinction matters these days, now that the internet has enabled us to communicate just as easily with visual quotations as verbal ones. While some of us go the extra mile by manually combing through our film collections and taking the screenshots that best reflect our personal sentiments, most of us have long relied on the results, however approximate, served up by search engines like Google Images. 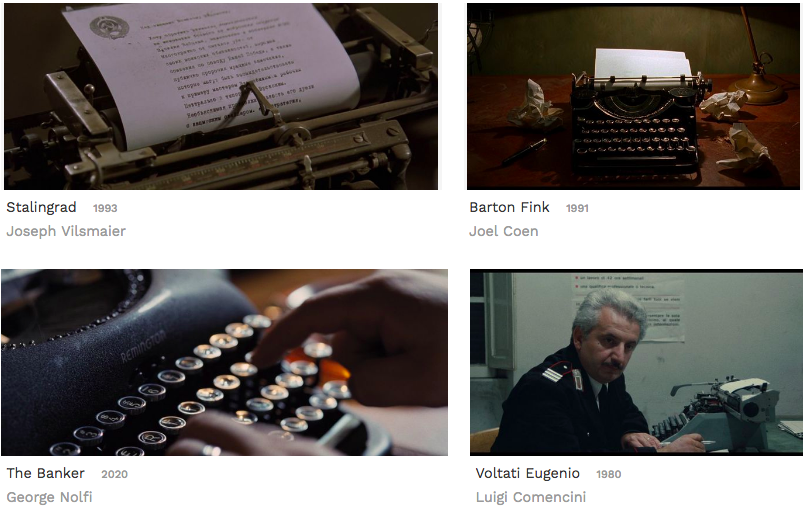 Now a promising new solution has emerged, called Flim (not to be confused with “film”). Described on its about page as “a constantly evolving database of HD screenshots,” with a claim of 50,000 provided daily, Flim uses artificial intelligence to perform color analysis and detect “objects, clothes, characters, etc.”

This means that when you enter terms like “tree,” “guitar,” “tuxedo,” or “pizza,” you get a selection of images including trees, guitars, tuxedos, and pizzas, all taken straight from a range of motion pictures wide enough to include The Nightmare Before Christmas and An American Werewolf in London, Easy Rider and Wayne’s World 2, Mélo and Wedding Crashers. 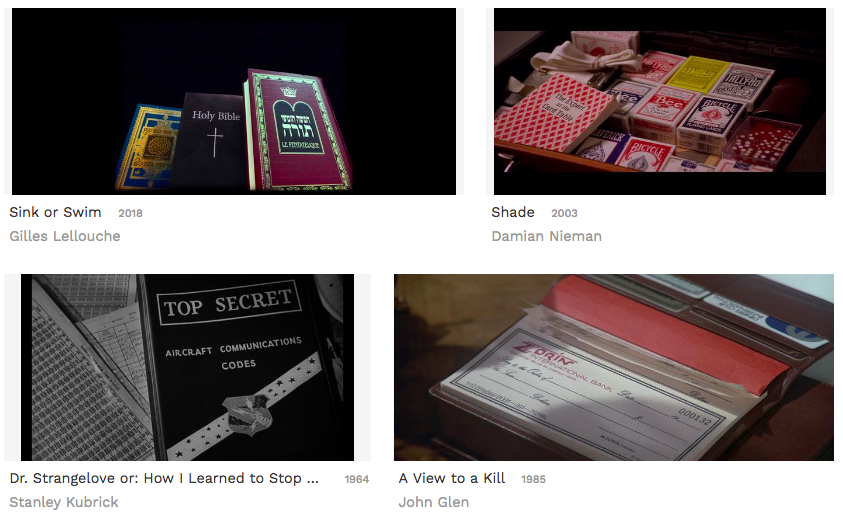 Artificial intelligence has come a long way in recent years, especially in its capacity to recognize the content of images. The one driving Flim does seem to have committed the occasional amusing misfile, but it’s still early days. And though cinephiles will be quick to notice the omissions in its database, they’ll find a great deal of visual material from the work of their favorite auteurs: more than 100 screenshots from that of David Lynch, more than 300 from that of Éric Rohmer, more than a thousand from that of Stanley Kubrick, and nearly 1,500 from that of Alfred Hitchcock.

“I would love for the screenshot detail pages to include timecodes,” suggests Jason Kottke. It would make this an amazing tool for creating supercuts, film analysis videos, and other sorts of media. Imagine how much easier Christian Marclay’s job would have been with ‘clock’ and ‘watch’ searches on Flim.” Certainly I could have used it while making my own video essay on Los Angeles’ Bonaventure Hotel, a notable film-shoot location over the past few decades — though as yet the Bonaventure’s name returns no results, nor do the names of any other real-world buildings that come to mind. 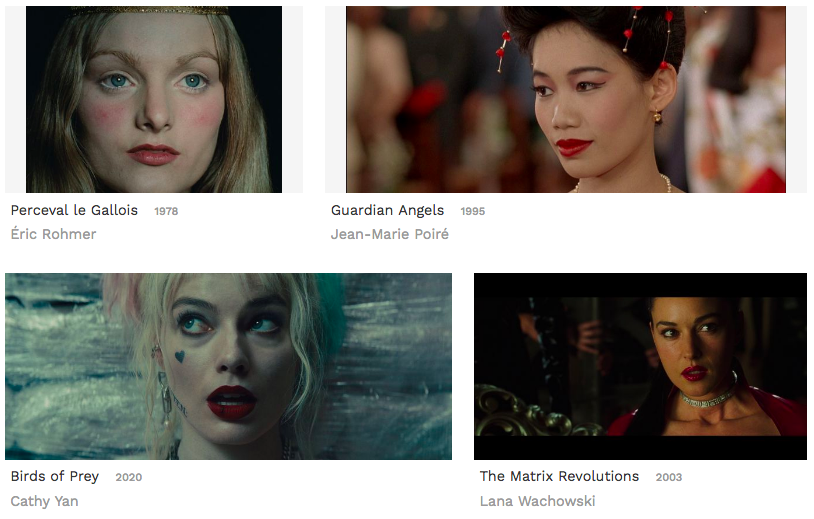 Still, if Flim expands apace, it will become a valuable resource for cinephiles and non-cinephiles alike, as well as filmmakers themselves: No Film School’s Jason Hellerman describes it as a potentially revolutionary aid for the assembly of “mood boards” and “lookbooks,” industry-standard elements of pitch presentations for “music videos, features, and commercials.” As with any newly developed tool of this kind, though, the most interesting uses will surely be the least obvious ones. In time, Flim could even prove to be a trusted source of reading recommendations.