The History of American Newspapers Has Been Digitized: Explore 114 Years of Editor & Publisher, “the Bible of the Newspaper Industry” 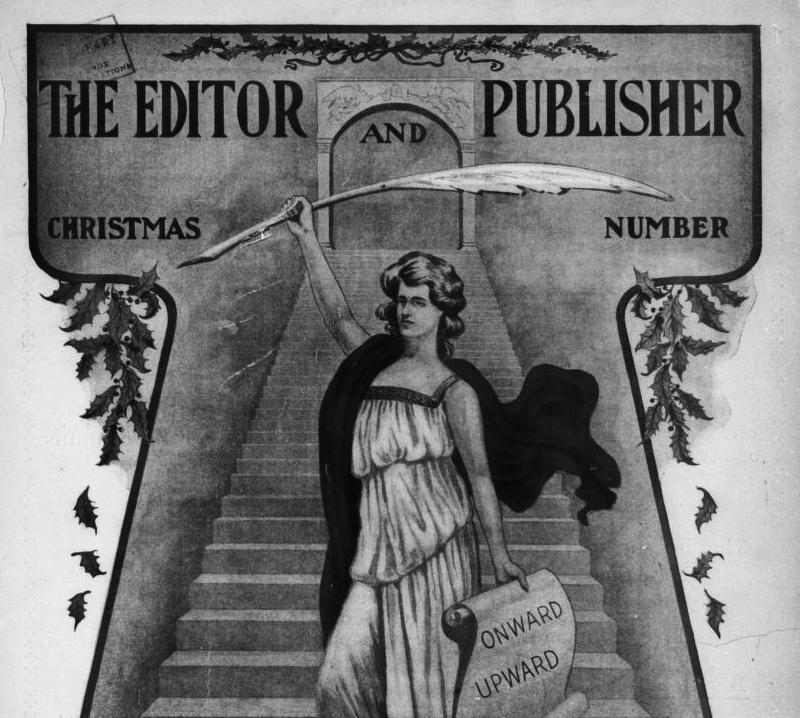 If you look into the history of the American newspaper, you can’t get too deep before your inevitable encounter with Editor & Publisher. Branded as “the bible of the newspaper industry,” the trade magazine has for 120 years covered its subject from every possible angle. Though newspapers had already been published in the United States for nearly 200 years before the magazine’s founding, its run has been coeval with an especially fascinating, even dramatic period in their history. It was in the 20th century that American newspapers consolidated into the pillars of what looked, for a time, like a mighty “fourth estate”; in this century, they’ve plunged into what Editor & Publisher‘s owner Mike Blinder terms “such a crisis.” 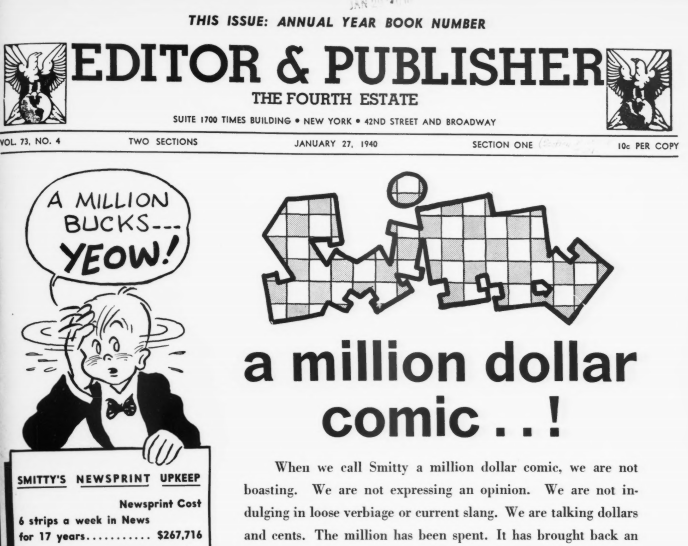 Still, since purchasing the magazine last year, writes Internet Archive Collections Manager Marina Lewis, “Blinder and his wife, Robin, have been able to turn the operation around, doubling its revenues and tripling its audience.” He also gave the Internet Archive permission to upload and make available 114 years of Editor & Publisher issues online for free.

“Going beyond the Internet Archive’s traditional lending system ensures it can be indexed by search engines and made maximally useful to readers and researchers,” writes Lewis. “The ability to research these archived issues has been truly exciting, especially for those looking up historical documents, many with a personal or family connection.” 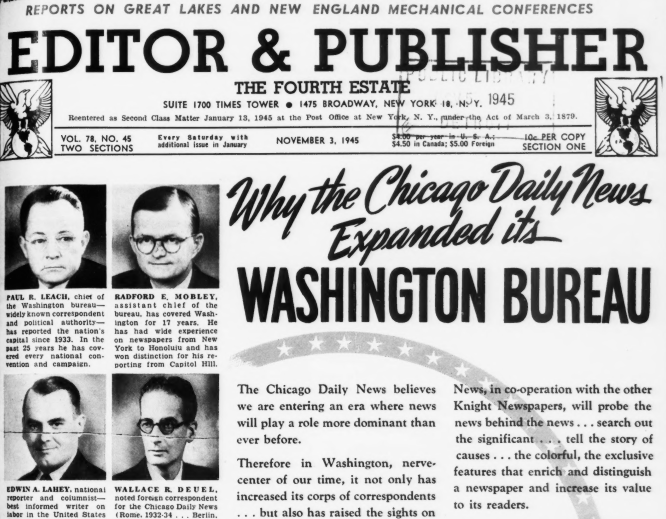 As the Nieman Journalism Lab’s Joshua Bendon remembers it, Editor & Publisher was once “the best (and often only) place to find out about job openings at newspapers.”  With more than a century of its back issues freely available at the Internet Archive, “if you’re at all interested in the 20th-century history of the American newspaper business, you now have access to a robust new resource.” In the archive he finds documentation of “some of the century’s most interesting moments,” at least as far as that business is concerned: The New Yorker‘s 1946 publication of John Hersey’s “Hiroshima,” which it subsequently offered to conventional newspapers (“The piece runs about 30,000 words and no cutting or condensing is to be permitted”); the 1965 hiring of Ben Bradlee by The Washington Post; the 1971 debut of Doonesbury in national newspapers. 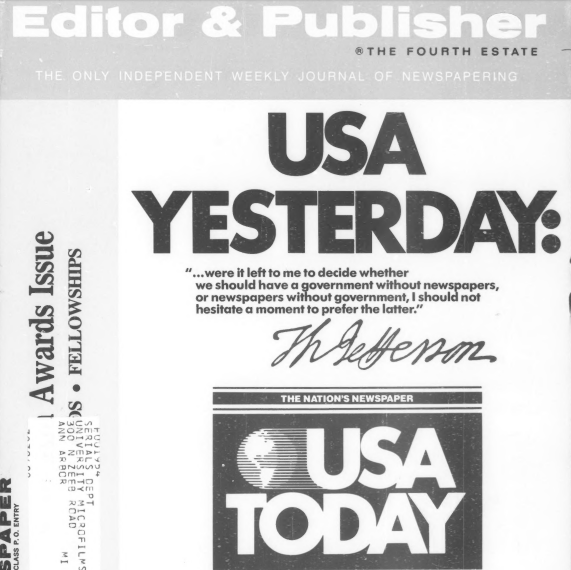 Not all of these reflect well on the U.S. newspaper industry. Benton highlights the 1981 exposure of “Jimmy’s World,” a Pulitzer-winning Post story about an eight-year-old heroin addict, as a fabrication — or a piece of “fake news,” as we might say today. That article also quotes a Boston Globe editor as saying “the public faith in the press is minimal at the moment,” a sentiment not unheard these 40 years later. The magazine was also quick to observe the emergence of other forms of media (such as a 1925 test of French inventor Édouard Belin’s experimental “television”) that would later force change upon the newspaper industry’s very nature. And if the current crisis is, as some argue, not destroying the fourth estate but returning it to its roots, there could be few better paths back to an understanding of those roots than through the Editor & Publisher archive.

The End of an Era: A Short Film About The Last Day of Hot Metal Typesetting at The New York Times (1978)

From the Annals of Optimism: The Newspaper Industry in 1981 Imagines its Digital Future