A 900-Page Pre-Pantone Guide to Color from 1692: A Complete High-Resolution Digital Scan 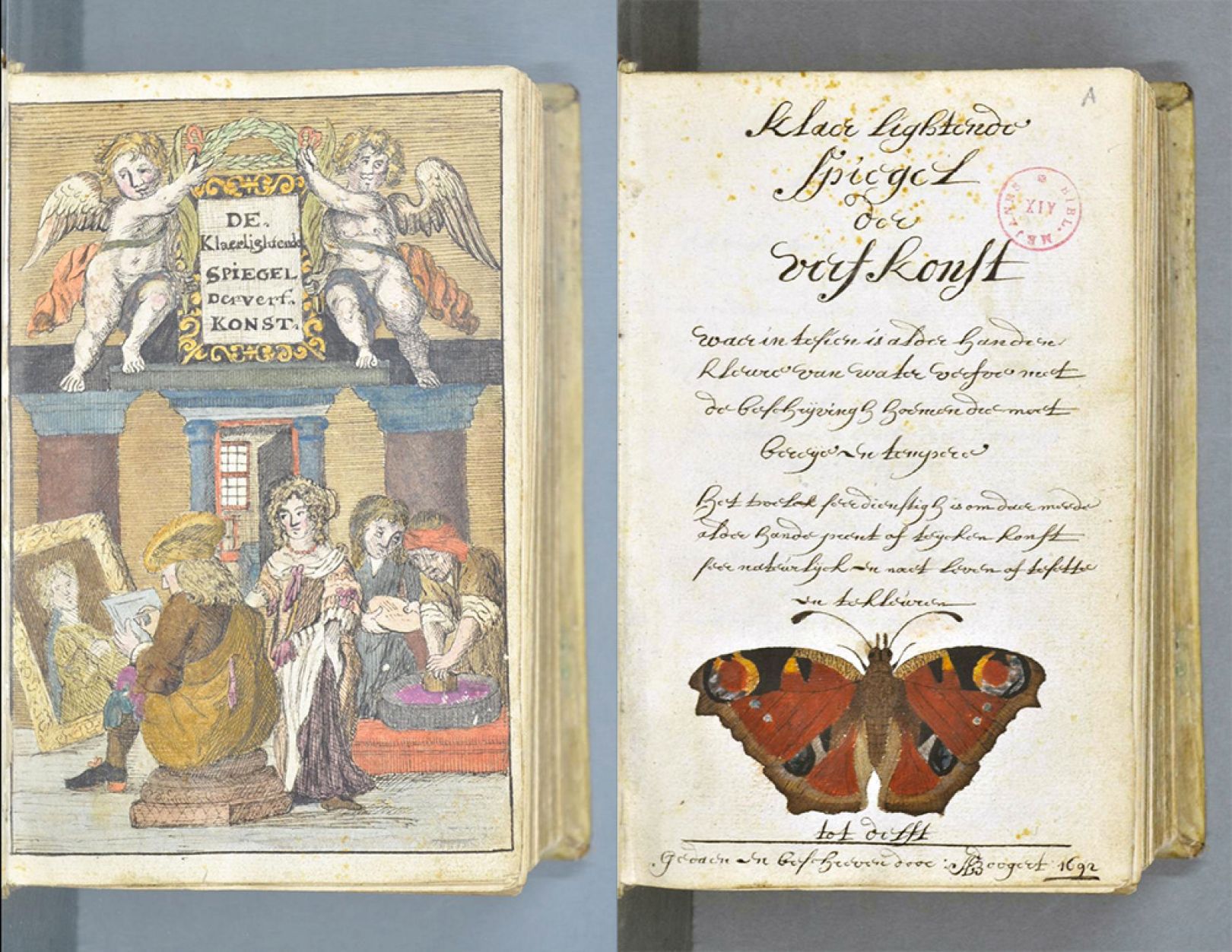 There’s ahead of its time, then there’s Traité des couleurs servant à la peinture à l’eau — or, in its original Dutch title, Klaer Lightende Spiegel der Verfkonst, a 900-page book of paint colors made before any such things were common tools of the artist’s, scientist’s, and industrial designer’s trade. Author and artist A. Boogert created one, and only one, copy of his extraordinary manual on color mixing in 1692. Appearing on the threshold of modern color theory, and featuring over 700 pages of color swatches, the book draws on Aristotle’s system of color rather than the new understanding of the color spectrum, fully elaborated by Newton in his Opticks over a decade later.

It would be another hundred years before a flood tide of color books began to make the theory more practical: from Goethe’s 1810 Theory of Colors and Werner’s 1814 Nomenclature of Colour to the dream of color standardization realized: the Pantone company, launched in 1963.

But if A. Boogert had much influence on the theory or practical application of color in his day, there doesn’t seem to be much evidence for it. Of course most of the Dutch masters had died when the book was completed, and it seems unlikely that those still working in 1692 would have been familiar with its single copy. 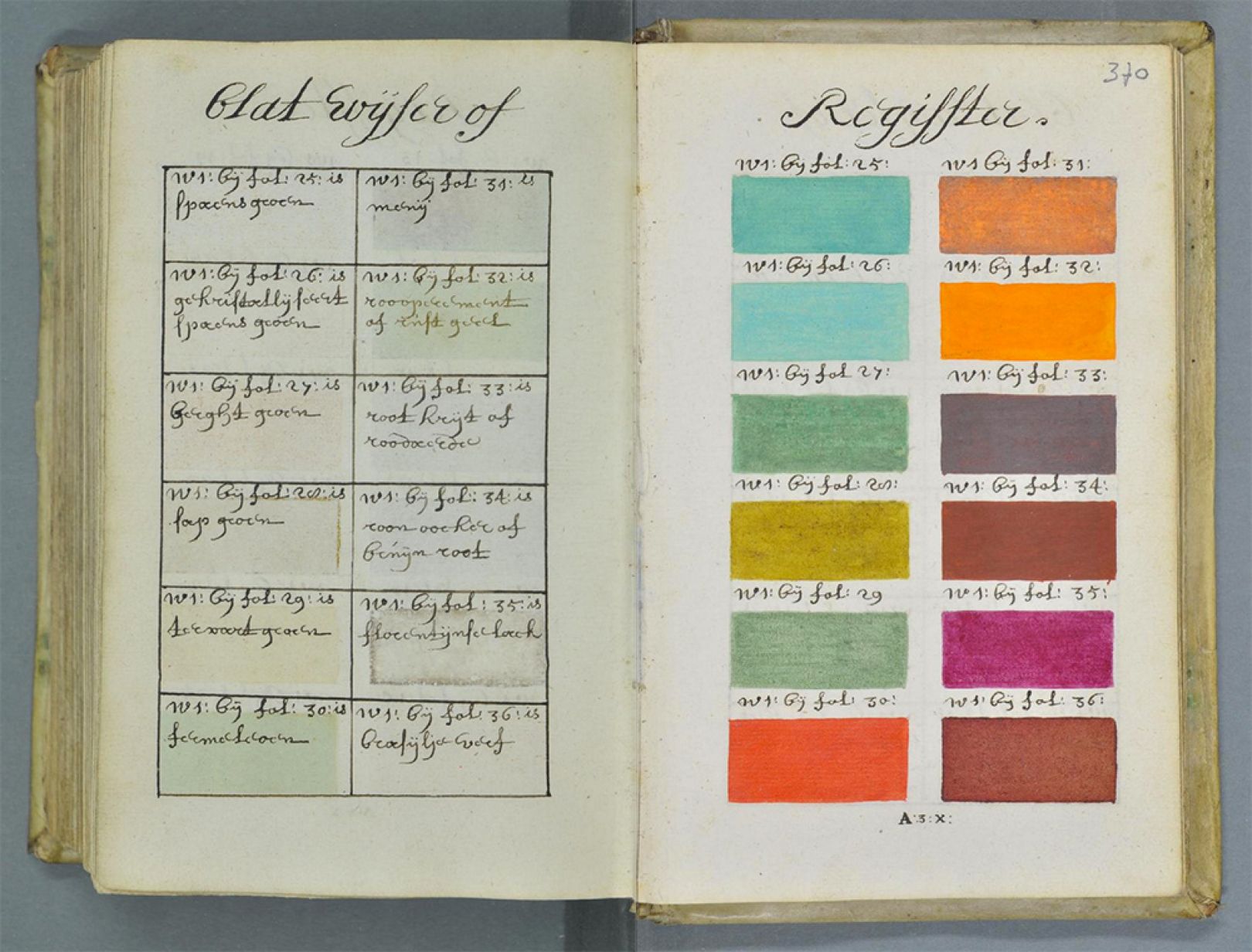 Instead, the book was meant to educate watercolorists, hence its French title, which refers to “water-based paint.” (A literal translation of the Dutch runs something like “clearly lighting mirror of the painting art.”) Medieval historian Erik Kwakkel found the book in a French database, “and it turns out to be quite special,” he writes, “because it provides an unusual peek into the workshop of 17th-century painters and illustrators. 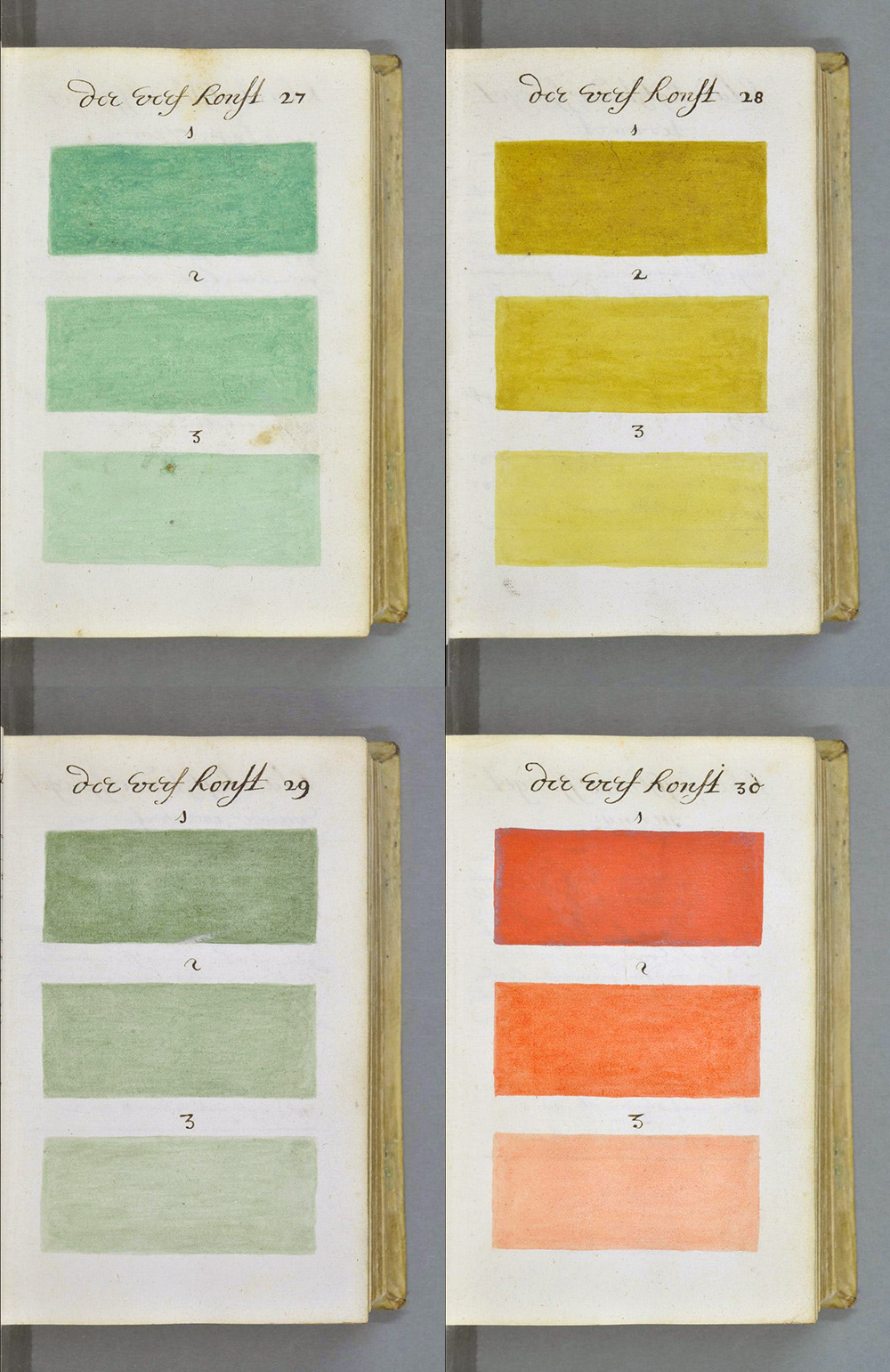 In over 700 pages of handwritten Dutch, the author, who identifies himself as A. Boogert, describes how to make watercolour paints. He explains how to mix the colours and how to change their tone by adding ‘one, two or three portions of water.’… In the 17th Century, an age known as the Golden Age of Dutch Painting, this manual would have hit the right spot.” 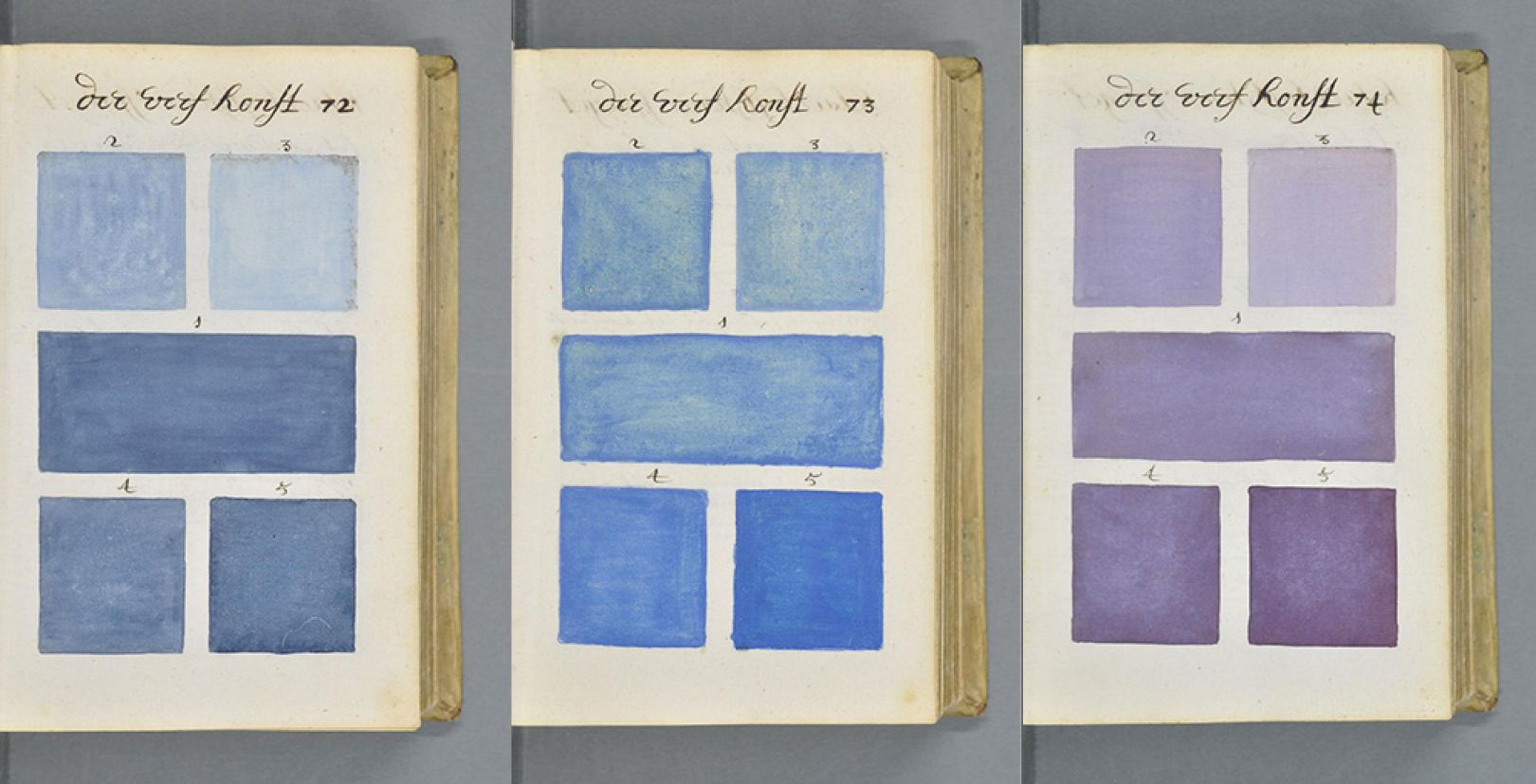 The book is currently housed at Bibliothèque Méjanes in Aix-en-Provence, where you’ll find full-page, zoomable, hi-resolution scans. “Beyond being informational, the images from the book are stunning and addictive flip through,” notes Refinery29. “They resemble page after page of Pantone color chips, except without the household name.” One wonders if “A. Boogert” would have become a household name had his book been printed and distributed. But his color system was already passing away in the Newtonian age of color spectrums and wheels, until paint chips finally came back in style. Visit the color manual online here. 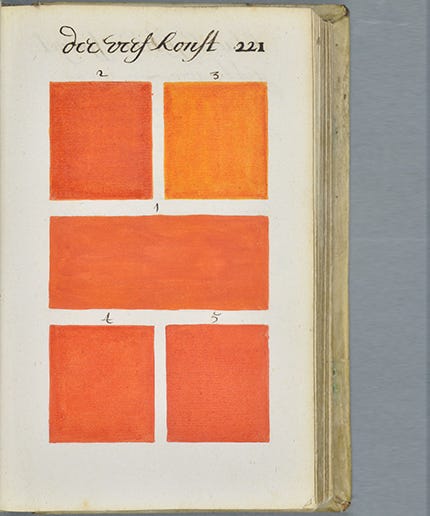