An Archaeologist Creates the Definitive Guide to Beer Cans 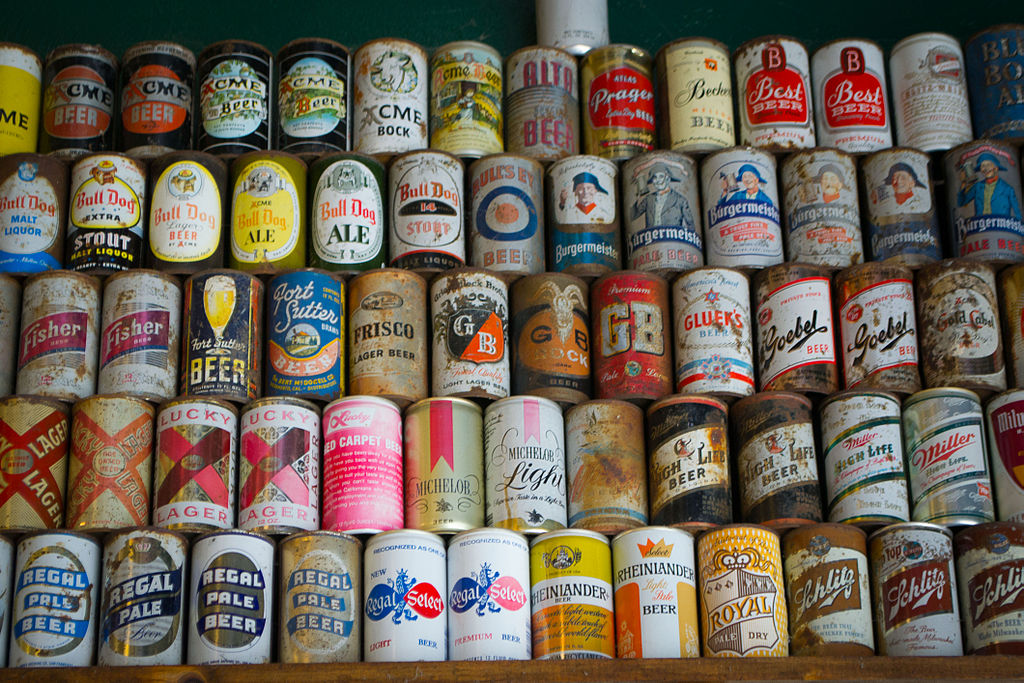 As a beverage of choice and necessity for much of the population in parts of the ancient world, beer has played an important role in archaeology. Beer cans, on the other hand, have not. Unlike millennia-old recipes, beer cans seem like no more than trash, even in a field where trash is highly treasured. This is a mistake, says archeologist Jane Busch. “The historical archaeologist who ignores the beer can at his site is like the prehistoric archeologist who ignores historic pottery.”

David Maxwell, an expert in animal bones who trained as a Mayanist, has recognized the truth of this statement by turning his passion for beer can collecting into beer can archaeology, a tiny niche within the smaller field of “tin can archaeology.” Maxwell became the reigning expert on beer can dating when “in 1993, he published a field-identification guide in Historical Archaeology,” notes Jessica Gingrich at Atlas Obscura, “which has since become an industry standard and his most-read work.”

The first commercial canned beer appeared in 1935, after several unsuccessful experiments starting in 1909. Experiments in beer canning took a hiatus during Prohibition, and canned beer itself went off the market during WWII as supplies of tin plate were rerouted to the war effort. During that interregnum, only the military shipped canned beer, to soldiers overseas in olive and camo-colored cans. When sales resumed after the war, beer cans assumed more routinized design elements. Maxwell himself became fascinated with beer cans from afar. “While canned beer sales exploded in the United States after World War II, Gingrich writes, “the industry failed to take off in Canada until the 1980s.”

As a child in Canada, Maxwell collected bottle caps. “All the beer came in the same shape bottle,” he says. Cans seemed exotic, especially those of an older vintage. “They had punches to open them instead of pull rings, and all I knew was that they predated me.” The value of disposable artifacts less than 100 years old isn’t immediately apparent to most people, says Jim Rock, a pioneer of tin can studies who calls cans “the Rodney Dangerfield of archeology. They just don’t get any respect.” But the fact is “all archeology is garbage,” says Maxwell.

Dating cans gives archeologists a picture of modern consumption patterns — and patterns of ecological destruction — in the refuse tossed on highways and the strata of trash found in construction sites, landfills, and even ancient dig sites, where dating beer cans can tell archeologists when earlier trespassers might have arrived, removed or altered artifacts, and left their trash behind. Maxwell, who has recently downsized his collection from 4500 to 1700 cans to save space, admits that a narrow focus on the beer can takes a special combination of skills.

“Collectors are a fabulous resource for academics,” he says. “These are the guys who do the grunt work” — the endlessly curious citizen scientists of archaeology. “I can’t think of anyone else who would do that except someone who is obsessive about what it is that they are collecting.” In Maxwell, the obsessive collector and rigorous academic just happened to come together to produce the definitive guide. (See Beer Cans: A Guide for the Archaeologist online.) But even he has had to “face the question of what deserves to be archived and kept,” Nicola Jones writes at Sapiens. In discarding 3,000 of his own cans, most of them acquired through collectors online, he had to admit that “though the rusty cans were a part of history, they weren’t worth much to the rest of the world.”