What Ancient Greece Really Looked Like: See Reconstructions of the Temple of Hadrian, Curetes Street & the Fountain of Trajan 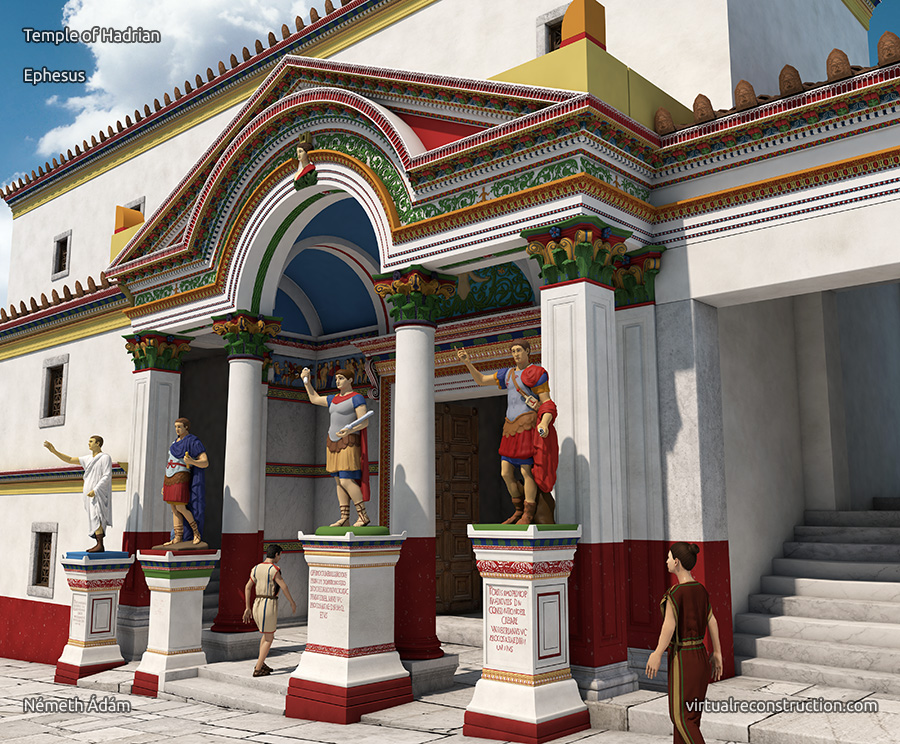 Ancient Greeks did not live among ruins. This is, of course, an obvious truth, but one we run the risk of forgetting if we watch too many historical fantasies set in their time and place as popularly imagined. That Western civilization as we know it today came to know Ancient Greece through the ravaged built environments left behind has colored its modern-day perception — or, rather drained it of color. In recent years, a big deal has been made about the finding that Ancient Greek statues weren’t originally pure white, but painted in bright hues that faded away over the centuries. What does that imply for the rest of the place? 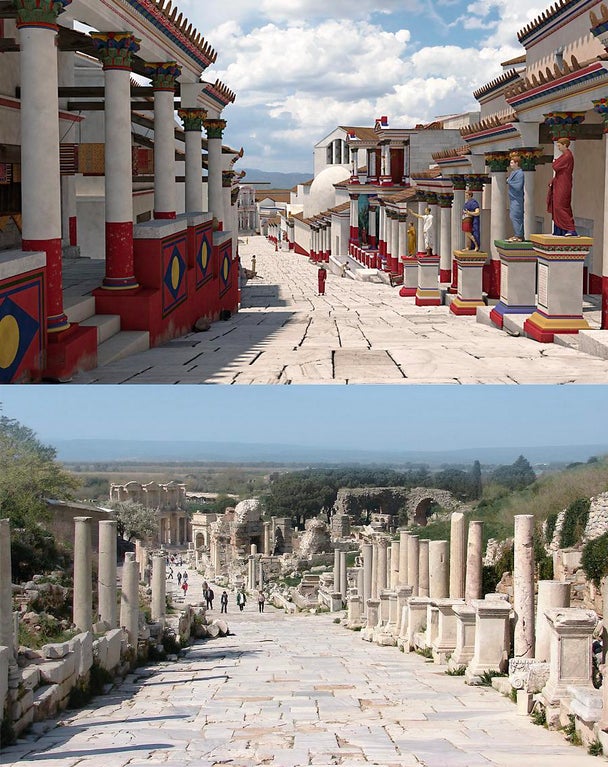 We don’t have a time machine in which to travel back to Ancient Greece and have a look around. We do, however, have the digital reconstructions of artist Ádám Németh. “My archaeological renderings are accurate to the time period, due to extensive research on references and reviews of sources found online, in libraries and in museums, and also ongoing discussions with archaeologists,” he writes.

“My main goal, through reconstructions, is to make history interesting and accessible for everybody.” Even those more or less ignorant of the ancient world can take a glance at his images of an intact and colorful Temple of Hadrian, Curetes Street, and Fountain of Trajan. 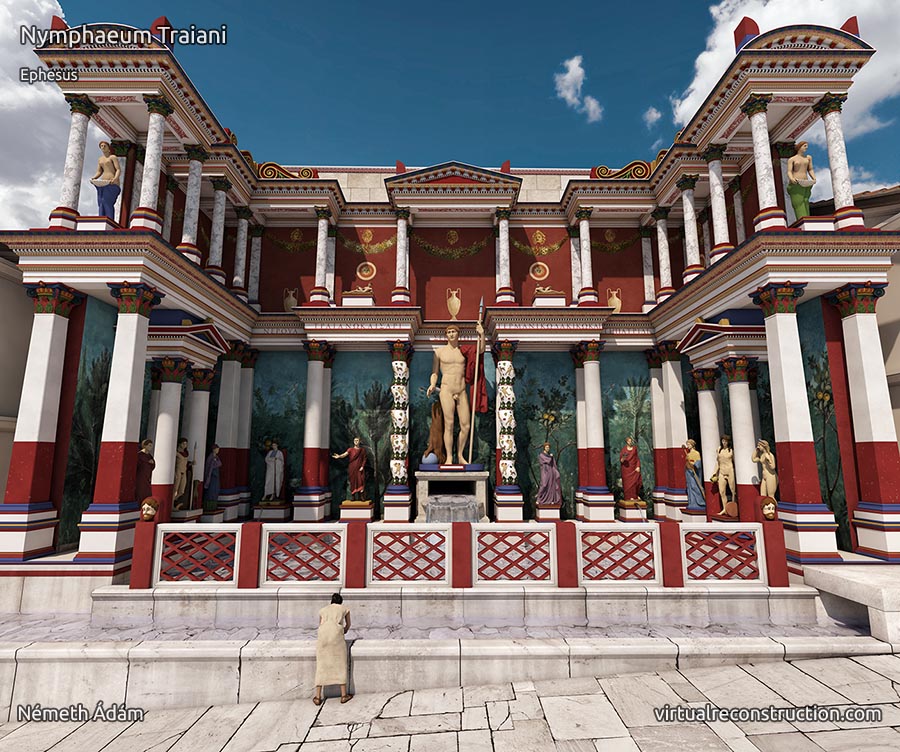 All of these sites were located in the Ancient Greek city of Ephesus, now a part of Turkey. Though it doesn’t draw quite the numbers of, say, Hagia Sophia, Ephesus stands nevertheless as a pillar of Turkish tourism. Indeed, you can go there and examine its actual pillars, none of which have come through the ages standing anything like as mightily Németh depicts them. Comparisons posted by Marina Amaral on Twitter put former glory alongside current ruin, though even the Temple of Hadrian, Curetes Street, and the Fountain of Trajan as they are today have been pieced together into a somewhat more complete state than that in which they were rediscovered. Even real antiquity, in other words, is to some degree a reconstruction. See more of Németh’s reconstructions here. 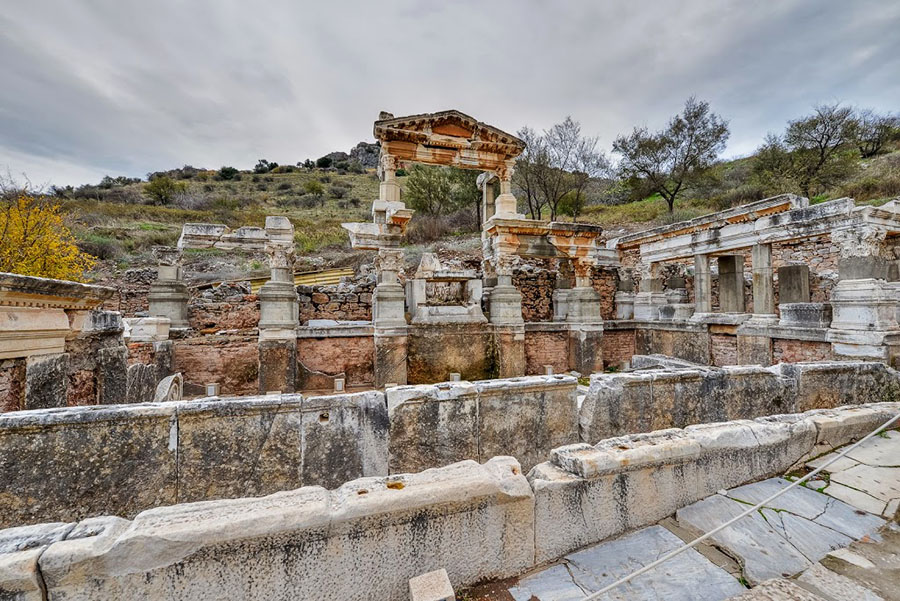 Watch an Accurate Reconstruction of the World’s Oldest Computer, the 2,200 Year-Old Antikythera Mechanism, from Start to Finish

What Did Ancient Greek Music Sound Like?: Listen to a Reconstruction That’s ‘100% Accurate’

Watch Ancient Ruins Get Restored to their Glorious Original State with Animated GIFs: The Temple of Jupiter, Luxor Temple & More