The Origins of the Word “Gaslighting”: Scenes from the 1944 Film Gaslight

Remember when the word “gaslighting” elicited knowing nods from black and white film buffs… and blank stares from pretty much everyone else?

Then along came 2016, and gaslighting entered the lexicon in a big way.

Merriam-Webster defines it as the “psychological manipulation of a person usually over an extended period of time that causes the victim to question the validity of their own thoughts, perception of reality, or memories and typically leads to confusion, loss of confidence and self-esteem, uncertainty of one’s emotional or mental stability, and a dependency on the perpetrator.”

Of course, you knew that already!

“Gaslighting” is unavoidable these days, five years after it was named 2016’s “most useful” and “likely to succeed” word by the American Dialect Society.

(“Normalize” was a runner up.)

As long as we’re playing word games, are you familiar with “denominalization”?

Also known as “verbing” or “verbification,” it’s the process whereby a noun is retooled as a verb.

Both figure prominently in Gaslight. 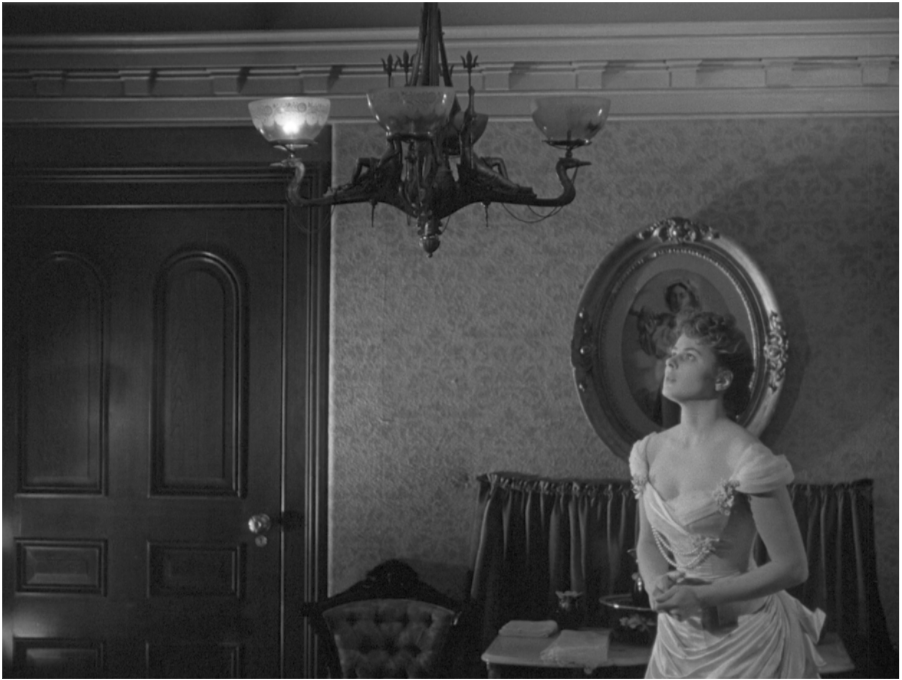 Have you seen the film?

Ingrid Bergman, playing opposite Charles Boyer, won an Academy award for her performance. A teenaged Angela Lansbury made her big screen debut.

In his review, The New York Times’ film critic Bosley Crowther steered clear of spoilers, while musing that the bulk of the theater-going public was probably already hip to the central conceit, following the successful Broadway run of Angel Street, the Patrick Hamilton thriller on which the film was based:

We can at least slip the information that the study is wholly concerned with the obvious endeavors of a husband to drive his wife slowly mad. And with Mr. Boyer doing the driving in his best dead-pan hypnotic style, while the flames flicker strangely in the gas-jets and the mood music bongs with heavy threats, it is no wonder that Miss Bergman goes to pieces in the most distressing way.

In the same review, Crowther sniped that Gaslight was “a no more illuminating title” than Angel Street.

(Cunning linguists that we are, had the film retained the play’s title, 2022 may well have found us complaining that some villain tried to Angel Street us…)

In a column on production design for The Film Experience, critic Daniel Walber points out how Boyer destabilizes Bergman by fooling with their gas-powered lamps, and also how the film’s Academy Award-winning design team used the “constricting temporality” of a Victorian London lit by gas to set a foreboding mood:

Between the streetlights outside and the fixtures within, the mood is forever dimmed. The heaviness of the atmosphere brings us even closer to Paula’s mental state, trapping us with her. The detail is so precise, so committed that every flicker crawls under the skin, projecting terrible uncertainty and fear to the audience.

Readers who’ve yet to see the film may want to skip the below clip, as it does contain something close to a spoiler.

Those who’ve been on the receiving end of a vigorous gaslighting campaign?

Alfred Hitchcock Recalls Working with Salvador Dali on Spellbound: “No, You Can’t Pour Live Ants All Over Ingrid Bergman!”