The First Surviving Photograph of the Moon (1840) 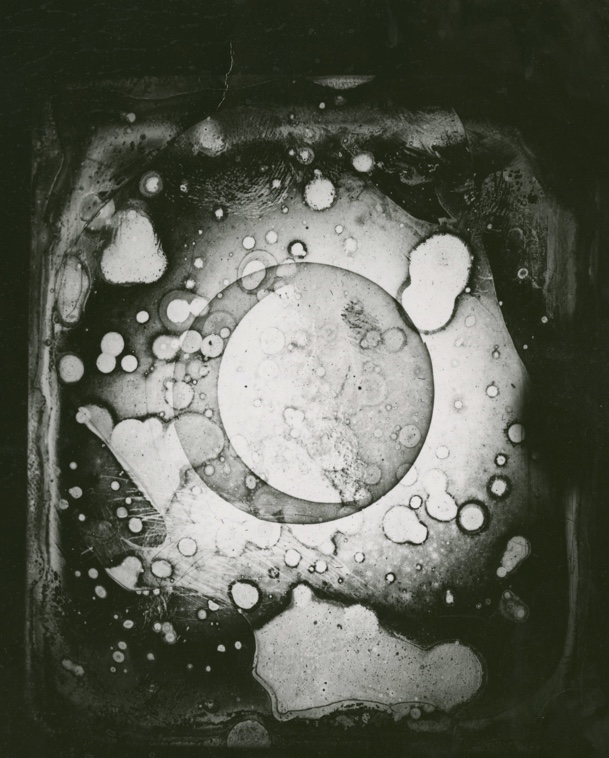 Everyone has been agog over the first photos from the James Webb telescope, and for good reason. “These images,” Rivka Galchin writes at The New Yorker, “carry news about the early universe, the birth and death of stars, the collision of galaxies, and the atmosphere of exoplanets.” They’re also “very, very pretty,” she writes, comparing them to Vermeer.

The clarity and levels of detailed information about the earliest galaxies have even astonished astronomers, whose work has advanced rapidly alongside the growth of the photographic medium. It was an astronomer, in fact – Johann Heinrich von Madler – who first coined the word “photography” in 1839. “Astronomers quickly embraced the use of photographic plates because of their good resolution and the ability to make much larger images,” APS Physics News notes.

Astrophotography properly began in 1840, when John William Draper, a British-born chemist and doctor, took the image above from the roof of the New York University observatory, credited as the first daguerreotype of the Moon. Daguerre himself might have taken an 1839 image, but it was likely destroyed in a fire, as were Draper’s attempts of the previous year, which burned up in a NYU blaze in 1865. 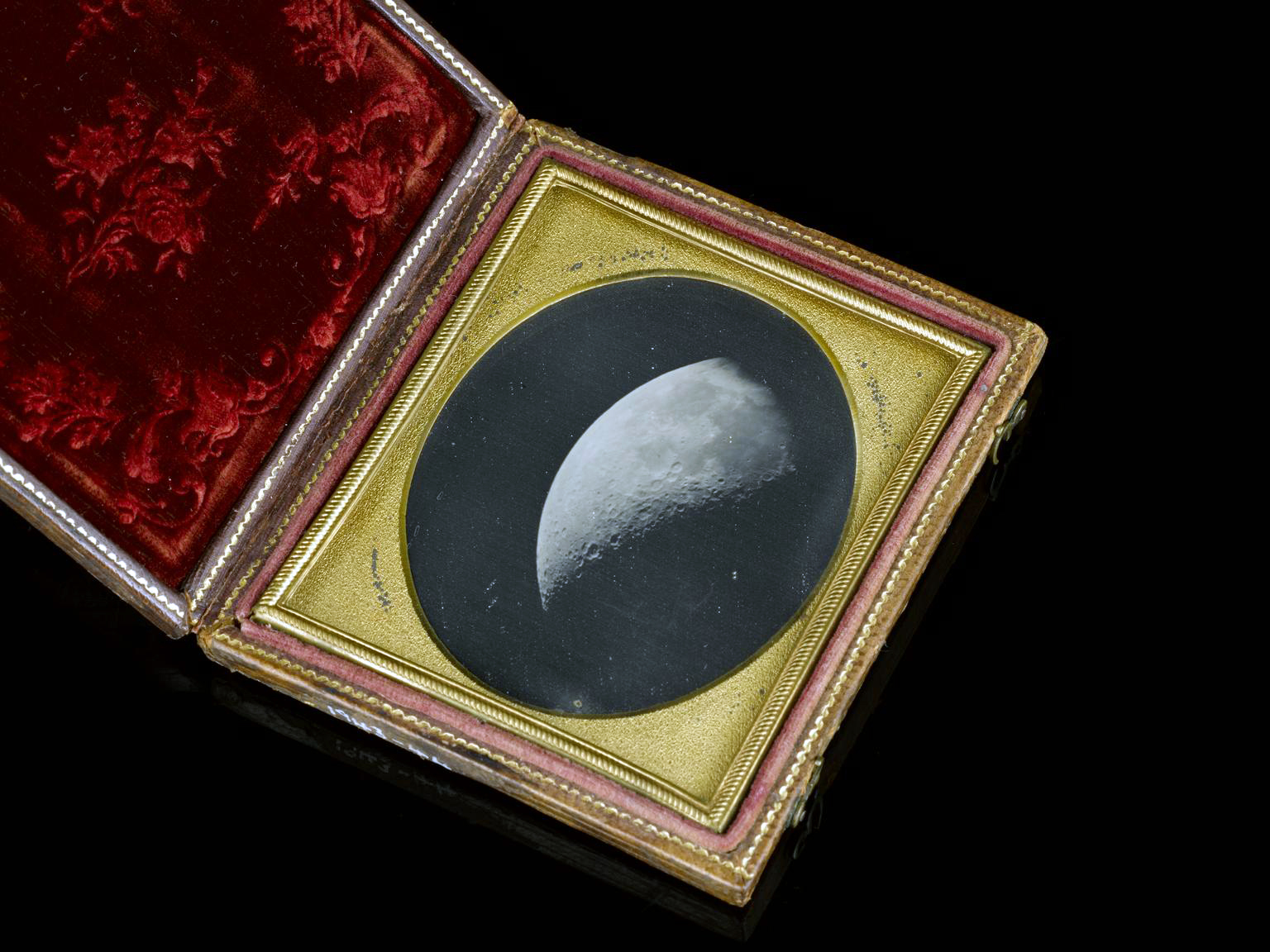 By all accounts, however, these earlier attempts at Moon photography were blurry and unfocused, showing little detail of the Earth’s satellite. Draper’s lunar “portrait,” from 1840, at the top, is largely considered “the world’s first true astrophoto,” writes Jason Major at Lights in the Dark, for its levels of detail and high contrast, comparatively speaking. As Scott Walker writes:

Draper set out to try and improve on Daguerre’s breakthrough by increasing plate sensitivity and reducing exposure times…. His advancement in the technique allowed visualization of craters, mountains and valleys on the moon’s surface which previously couldn’t be captured.

Splotched, spotted, and heavily degraded, the image may not look like much now, but a contemporary of Draper described it then as “the first time that anything like a distinct representation of the moon’s surface has been obtained.”

The achievement was inspirational, and many better attempts soon followed in rapid succession as the medium evolved. In 1851, photographer John Whipple and father-and-son astronomers William and George Bond improved on Draper’s process and made the Moon daguerreotype further up through the Great Refractor Equatorial Mount Telescope at the Harvard College Observatory. (The year previous, Draper himself collaborated with Bond père to make an image of the star Vega). The image caused a “veritable furor,” Smart History notes, at the Great Exhibition of 1851. 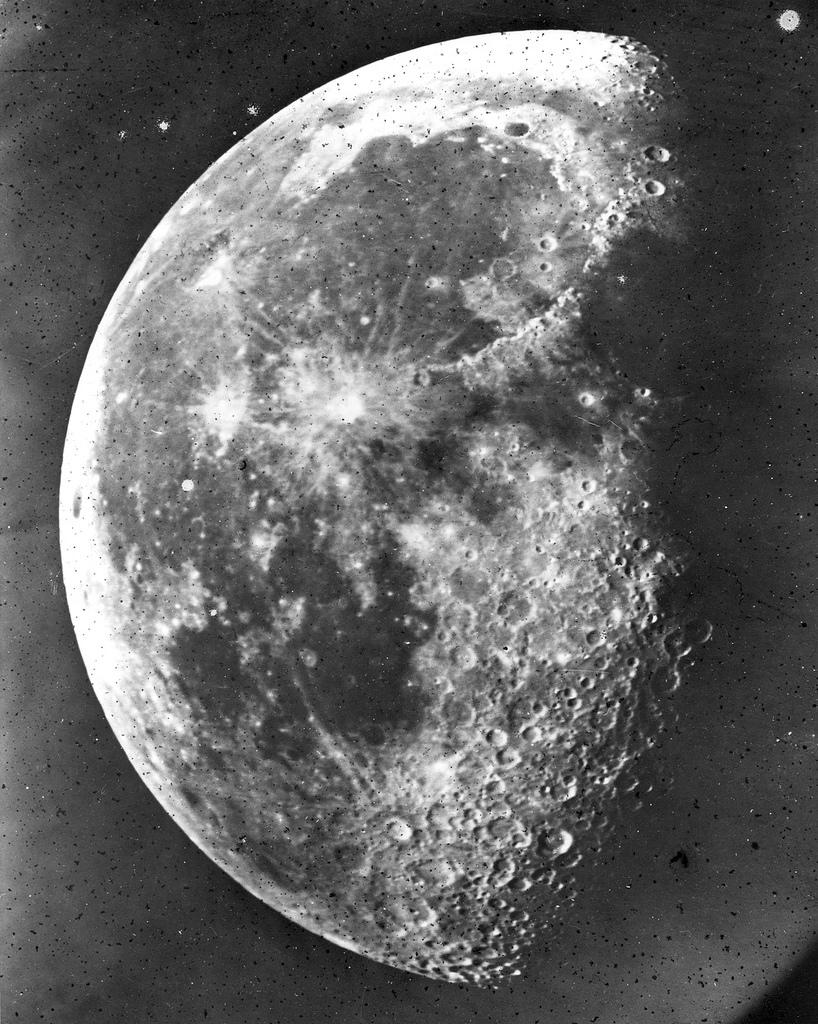 Between 1857 and 1862, astrophotographer and amateur astronomer Warren De La Rue made a series of stereoscopic Moon images (lovingly preserved online by astrophysicist and Queen guitarist Brian May), one of which you can see further up. De La Rue had seen Whipple’s daguerreotype at the Great Exhibition and began innovating his own process for creating stereoscopic astrophotographs. At the same time, Draper’s son, Henry, “an accomplished astrophotographer and one of the most famous American astronomers of his day,” Kiona Smith writes at Forbes, had taken over his father’s Moon photography project. See an 1863 image taken by the younger Draper just above.

“Before the invention of photography,” notes APS News, “astronomers had to sketch what they saw in their telescopes by hand, often missing crucial details.” Daguerre and Draper’s innovations, and those that came soon afterward, “showed them a far superior method was possible.” It is astonishing that these results could be achieved only a few decades after the first photograph, taken in 1826 by Nicéphore Niépce. It is maybe even more astonishing that only a century and a half  or so later — a meaningless drop in the cosmic timescale — astrophotography would look beyond the moon to the very origins of the universe itself.

The Full Rotation of the Moon: A Beautiful, High Resolution Time Lapse Film