Cher, the mononymous Goddess of Pop, gifted the small screens of the 70s with a lot of over-the-top glamour.

Her work ethic, comedic flair and unapologetic embrace of camp helped her stand out from the crowd, conferring the fame she had longed for since childhood, when she commandeered her 5th grade classmates for an unofficial, and, from the sounds of it, all-female production of Oklahoma, covering the male roles herself when the boys declined to participate.

Some twenty years later, she was a household name – one that was no longer appended to that of ex-husband Sonny Bono, co-host of the popular eponymous variety hour in which they sang, hammed their way through goofy skits, and busted each other’s chops to the delight of the live studio audience.

The 1978 television event Cher…special found her bringing many of those same talents to bear, along with country star Dolly Parton, rocker Rod Stewart, outré glam band, The Tubes, and the crowd-pleasing array of spangled, skin-baring Bob Mackie designs that defined her look. 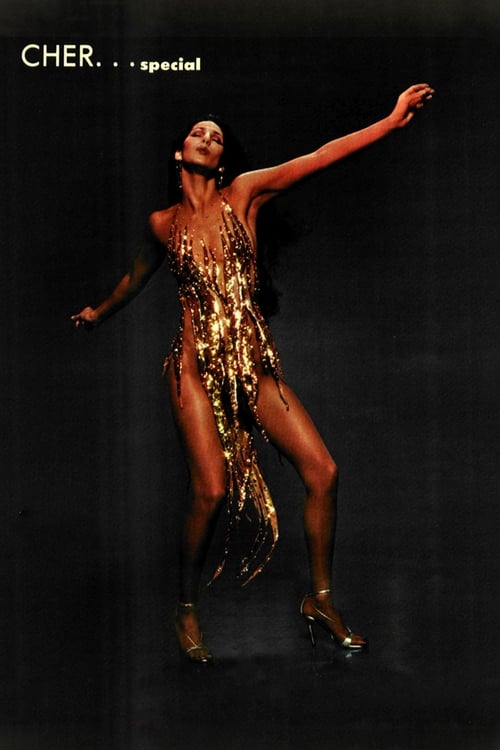 More shocking than any of Mackie’s creations or the Musical Battle to Save Cher’s Soul, a set piece wherein Parton and a gospel choir endeavor to coax the diva from a kinky disco hellscape, is the star’s 12-and-a-half minute solo version of West Side Story, above.

This is no mere medley. Cher puts the big pot in the little, donning multiple wigs, a facsimile of the chaste white party dress Natalie Wood wore to the dance at the gym, and flats (!) to embody Tony, Maria, Anita, Bernardo and various Jets, sans irony.

Some of Stephen Sondheim’s award-winning songs have been transposed to a different key to accommodate Cher’s contralto, and when they haven’t, her famous voice is stretched a bit thin.

Vocally, she makes a more convincing Jet than she does the ingenue, Maria.

(Speaking of which, let’s not forget that that’s ghost singer Marni Nixon, not Wood, as Maria on the 1961 film’s soundtrack…)

Why West Side Story?

Why not Godspell or Jesus Christ Superstar? Wouldn’t those fit better thematically with the portion of the special that has Dolly and a white-robed chorus battling the denizens of Satan’s sexy playpen?

2. Nostalgia. As Cher recalls in On the Dance Floor: Spinning Out on Screen:

I remember dancing around my living room to West Side Story (1961). I would sing all the parts and dance every single dance, when there was no one else around.

That admission helps us reframe the cringe factor. Before ye cast the first stone, think: hast thou never stood before a mirror singing into a hairbrush?

And if, by some chance, you’re unfamiliar with West Side Story’s dramatis personae and plot, don’t look to Cher for clarification.

Instead, we refer you to Romeo and Juliet, and for some modern context touching on green screens, genderfluidity, and the color-conscious casting of the 2021 remake, the below episode of Chris Frank’s snarky Bad Music Video Theater.