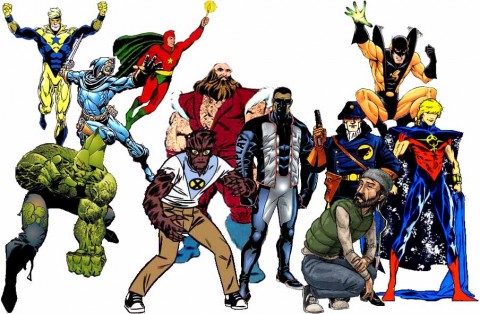 Spider-Man, he was apparently a Protestant. The Hulk, a lapsed Catholic. Thor, a worshipper of a Teutonic deity. The X-Men, an assemblage of Catholics and Episcopalians. And Stanley Lee, the creator of these famous comic book figures, he’s Jewish. If you’re a comic book fan with a thing for trivia, you can peruse this database of over 10,000 characters and figure out the religious affiliation of Batman and Wonder Woman, plus lesser-known characters like Chameleon Boy, Swamp Thing, and Poison Ivy.

P.S. The creatures in the image above, they’re atheists, a category also tracked by this most thorough database.

When Super Heroes Get Old and Retire to Miami