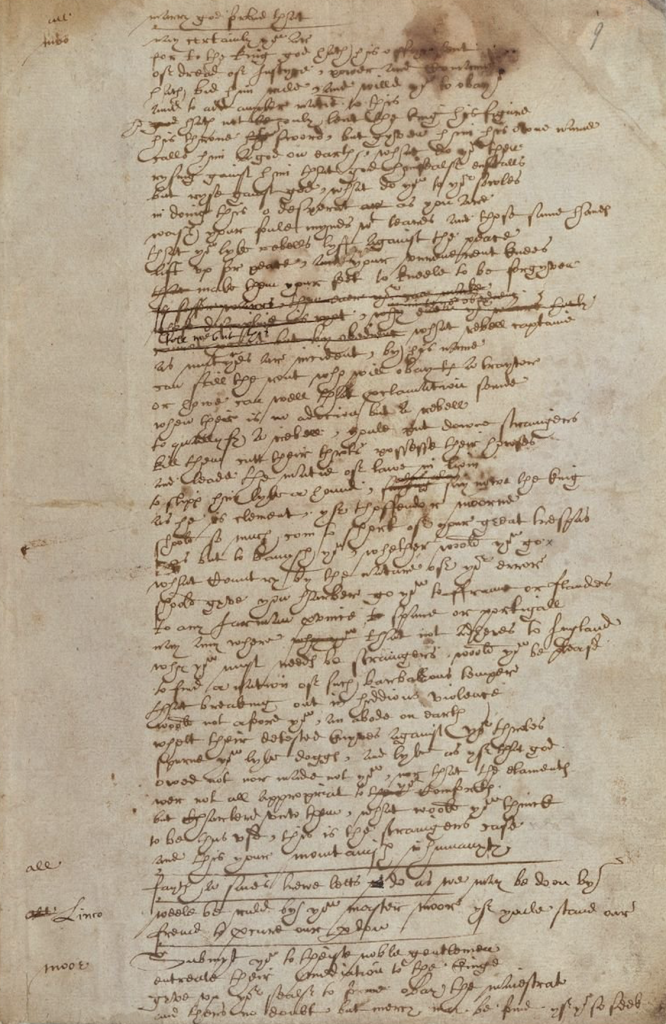 Last week, we posted on how scholars have tried to recover the original pronunciations of Shakespeare’s plays and poems when performed on the stage. Today, we bring you the bard’s original handwriting. Shakespeare’s handwriting has recently become the focus of a new article by Professor Douglas Bruster at UT Austin, who is using an analysis of the playwright’s quirky spellings and penmanship to solve a very old question of authorship. The page of handwriting you see above is a fragment of a lost play called Sir Thomas More and it goes by the name of “Hand D” (click the image above, and then the image that appears -- for a much larger version).

Bruster’s short essay, published this month in the Oxford journal Notes & Queries, is far too inside baseball for anyone but hardcore textual scholars to make much sense of, but this New York Times article does a good job of distilling the finer points. Suffice it to say that thanks to Bruster’s painstaking analysis of Shakespeare’s distinctive handwriting, we can be fairly certain that a 1602 revision of Thomas Kyd's enormously popular Renaissance play The Spanish Tragedy—in the words of Shakespeare scholar Eric Rasmussen—has the bard’s “fingerprints all over it.”