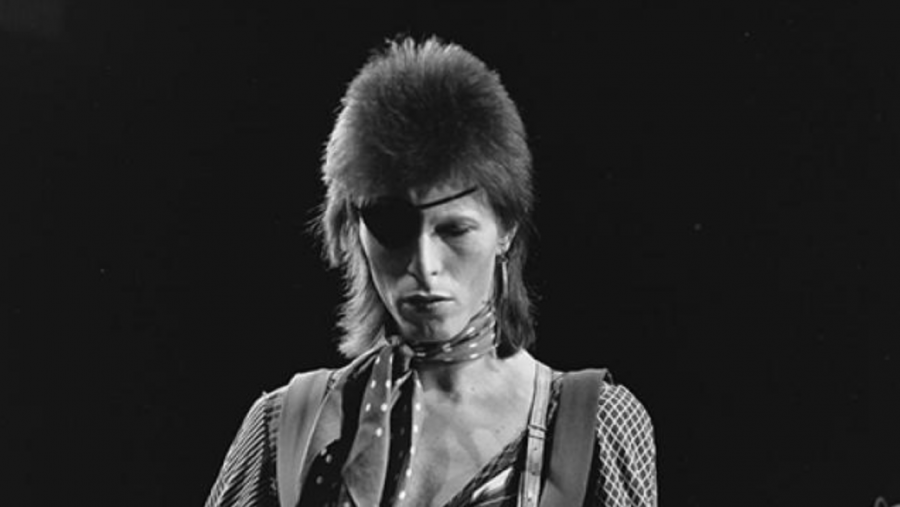 Image by Avro, via Wikimedia Commons

“David Bowie Is,” the extensive retrospective exhibit of the artist and his fabulous costumes, hit Toronto last Friday (see our post from earlier today), and as many people have reported, in addition to those costumes—and photos, instruments, set designs, lyric sheets, etc.—the show includes a list of Bowie’s favorite books. Described as a “voracious reader” by curator Geoffrey Marsh, Bowie’s top 100 book list spans decades, from Richard Wright’s raw 1945 memoir Black Boy to Susan Jacoby’s 2008 analysis of U.S. anti-intellectualism in The Age of American Unreason.

Bowie’s always had a complicated relationship with the U.S., but his list shows a lot of love to American writers, from the aforementioned to Truman Capote, Hubert Selby, Jr., Saul Bellow, Junot Diaz, Jack Kerouac and many more. He’s also very fond of fellow Brits George Orwell, Ian McEwan, and Julian Barnes and loves Mishima and Bulgakov.  You can read the full list below or over at Open Book Toronto, who urges you to “grab one of these titles and settle in to read — and just think, somewhere, at some point, David Bowie (or, to be more accurate, the man behind David Bowie, David Jones) was doing the exact same thing.” If that sort of thing inspires you to pick up a good book, go for it. You could also peruse the list, then puzzle over the literate Bowie’s lyrics to “I Can’t Read.” You can also explore a new related book--Bowie's Bookshelf: The Hundred Books that Changed David Bowie's Life.