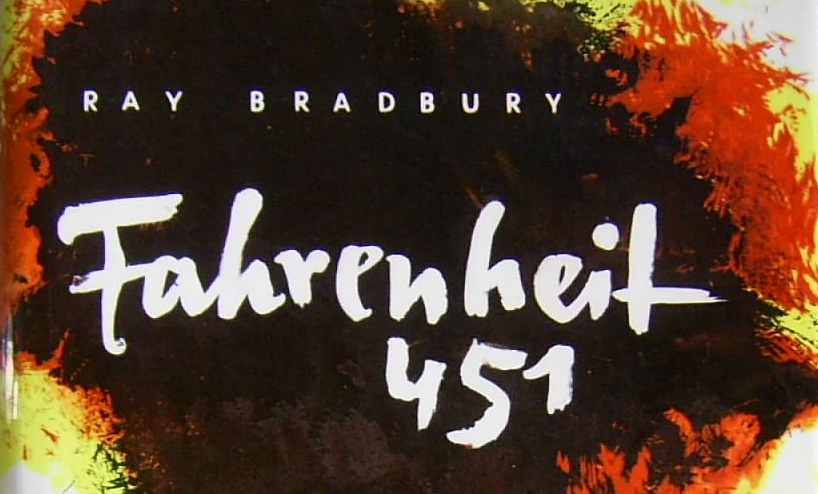 Last week we featured a list of 100 novels all kids should read before graduating from high school. Chosen by 500 English teachers from all over Britain, the list happens to have a lot of overlap with many others like it. Invariably, these kinds of young adult reading lists include Ray Bradbury’s novel of dystopian censorship and anti-intellectualism, Fahrenheit 451.  Why, I’ve always wondered, should this novel be pitched almost exclusively at teenagers, so much so that it seems like one of those books many of us read in high school, then never read again, even if we are fans of Bradbury’s work?

A strange disconnect emerges when we look at the history of Bradbury’s novel as a teaching tool. Although most high school students are presented with freethinking as an ideal, and given cautionary tales of its suppression, their own educations are just as often highly circumscribed by adults who fret about the effects of various bad influences.

Whether, as a student, you read the bowdlerized or the “adult” version of Bradbury’s novel, perhaps it’s time to revisit Fahrenheit 451, particularly now that freedoms of thought, belief, and expression have again come under intense scrutiny. And in addition to re-reading Bradbury’s novel, you can listen to the 1971 radio play above. Produced in Vancouver by the CBC (and re-broadcast in recent years by the Radio Enthusiasts of Puget Sound podcast), the abridged, one-hour adaptation by necessity changes the source material, though for dramatic purposes, not to expressly soften the message. Ray Bradbury’s reputation may have been tamed over the decades. He became late in life an avuncular sci-fi master, primarily known as a writer of books for high school students. But at one time, his work—and science fiction in general—were so subversive that the FBI kept close tabs on them.

If you like the Fahrenheit 451 adaptation, you can hear many more Bradbury stories adapted into classic radio plays at our previous post.

Also note: Tim Robbins has narrated a new, unabridged audio version of Fahrenheit 451. It’s available via Audible.com. You can get it for free with Audible’s 30-day free trial. Get more details on that here.

Who Was Afraid of Ray Bradbury & Science Fiction? The FBI, It Turns Out (1959)