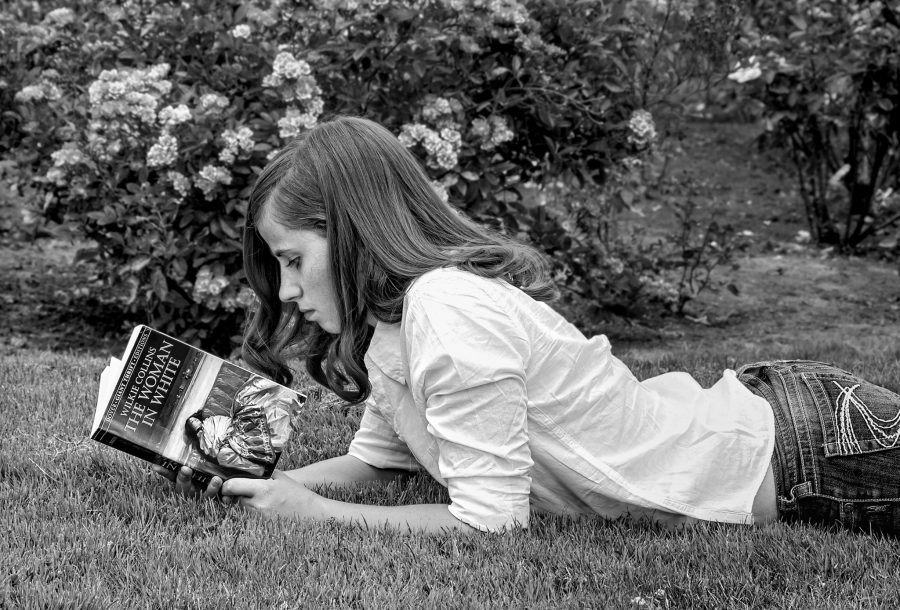 Reading “availeth much,” to borrow an old phrase from the King James Bible. To read is to experience more of the world than we can in person, to enter into the lives of others, to organize knowledge according to useful schemes and categories…. Or, at least it can be. Much recent research strongly suggests that reading improves emotional and cognitive intelligence, by changing and activating areas of the brain responsible for these qualities.

Is reading essential for the survival of the species? Perhaps not. “Humans have been reading and writing for only about 5000 years—too short for major evolutionary changes,” writes Greg Miller in Science. We got by well enough for tens of thousands of years before written language. But neuroscientists theorize that reading “rewires” areas of the brain responsible for both vision and spoken language. Even adults who learn to read late in life can experience these effects, increasing "functional connectivity with the visual cortex," some researchers have found, which may be "the brain's way of filtering and fine-tuning the flood of visual information that calls for our attention" in the modern world.

This improved communication between areas of the brain might also represent an important intervention into developmental disorders. One Carnegie Mellon study, for example, found that "100 hours of intensive reading instruction improved children's reading skills and also increased the quality of... compromised white matter to normal levels." The findings, says Thomas Insel, director of the National Institute of Mental Health, suggest "an exciting approach to be tested in the treatment of mental disorders, which increasingly appear to be due to problems in specific brain circuits."

Reading can not only improve cognition, but it can also lead to a refined “theory of mind,” a term used by cognitive scientists to describe how "we ascribe mental states to other persons"—as the Internet Encyclopedia of Philosophy notes—and "how we use the states to explain and predict the actions of those other persons." Improved theory of mind, or "intuitive psychology," as it's also called, can result in greater levels of empathy and perhaps even expanded executive function, allowing us to better "hold multiple perspectives in mind at once," writes Brittany Thompson, "and switch between those perspectives."

Improved theory of mind comes primarily from reading narratives, research suggests. One meta-analysis published by Raymond A. Mar of Toronto’s York University reviews many of the studies demonstrating the effect of story comprehension on theory of mind, and concludes that the better we understand the events in a narrative, the better we are able to understand the actions and intentions of those around us. The kinds of narratives we read, moreover, might also make a difference. One study, conducted by psychologists David Comer Kidd and Emanuele Castano of the New School for Social Research, tested the effect of differences in writing quality on empathy responses, randomly assigning 1,000 participants excerpts from both popular bestsellers and literary fiction.

To define the difference between the two, the researchers referred to critic Roland Barthes' The Pleasure of the Text. As Kidd explains:

Some writing is what you call 'writerly', you fill in the gaps and participate, and some is 'readerly', and you're entertained. We tend to see 'readerly' more in genre fiction like adventure, romance and thrillers, where the author dictates your experience as a reader. Literary [writerly] fiction lets you go into a new environment and you have to find your own way.

The researchers used two theory of mind tests to measure degrees of empathy and found that “scores were consistently higher for those who had read literary fiction than for those with popular fiction or non-fiction texts,” notes Liz Bury at The Guardian. Other research has found that descriptive language stimulates regions of our brains not classically associated with reading. “Words like ‘lavender,’ ‘cinnamon’ and ‘soap,’ for example,” writes Annie Murphy Paul at The New York Times, citing a 2006 study published in NeuroImage, “elicit a response not only from the language-processing areas of our brains, but also those devoted to dealing with smells.”

Reading, in other words, can effectively simulate reality in the brain and produce authentic emotional responses: “The brain, it seems, does not make much of a distinction between reading about an experience and encountering it in real life”—that is, if the experience is written about in sensory language. The emotional brain also does not seem to make a tremendous distinction between reading the written word and hearing it recited or read. When study participants in a joint German and Norwegian experiment, for example, heard poetry read aloud, they experienced physical sensations and “about 40 percent showed visible goose bumps.”

But different kinds of texts elicit different kinds of responses. We can read or listen to a novel, for example, and, instead of only experiencing sensations, can “live several lives while reading,” as William Styron once wrote. The authors of a 2013 Emory University study published in Brain Connectivity conclude that reading novels can rewire areas of the brain, causing “transient changes in functional connectivity.” These biological changes were found to last up to five days after study participants read Robert Harris' 2003 novel Pompeii. The heightened connectivity in certain regions "corresponded to regions previously associated with perspective taking and story comprehension."

So what? asks a skeptical Ian Steadman at New Statesman. Reading may create changes in the brain, but so does everything else, a phenomenon well-known by now as “neuroplasticity.” Much of the reporting on the neuroscience of reading, Steadman argues, overinterprets the research to support an “[x] ‘rewires’ the brain” myth both common and “mistaken.” Steadman’s critiques of the Brain Connectivity study are perhaps well-placed. The small sample size, lack of a control group, and neglect of questions about different kinds of writing make its already tentative conclusions even less impressive. However, more substantive research, taken together, does show that the “rewiring” that happens when we read—though perhaps temporary and in need of frequent refreshing—really does make us more cognitively and socially adept. And that the kind of reading—or even listening—that we do really does matter.

7 Tips for Reading More Books in a Year