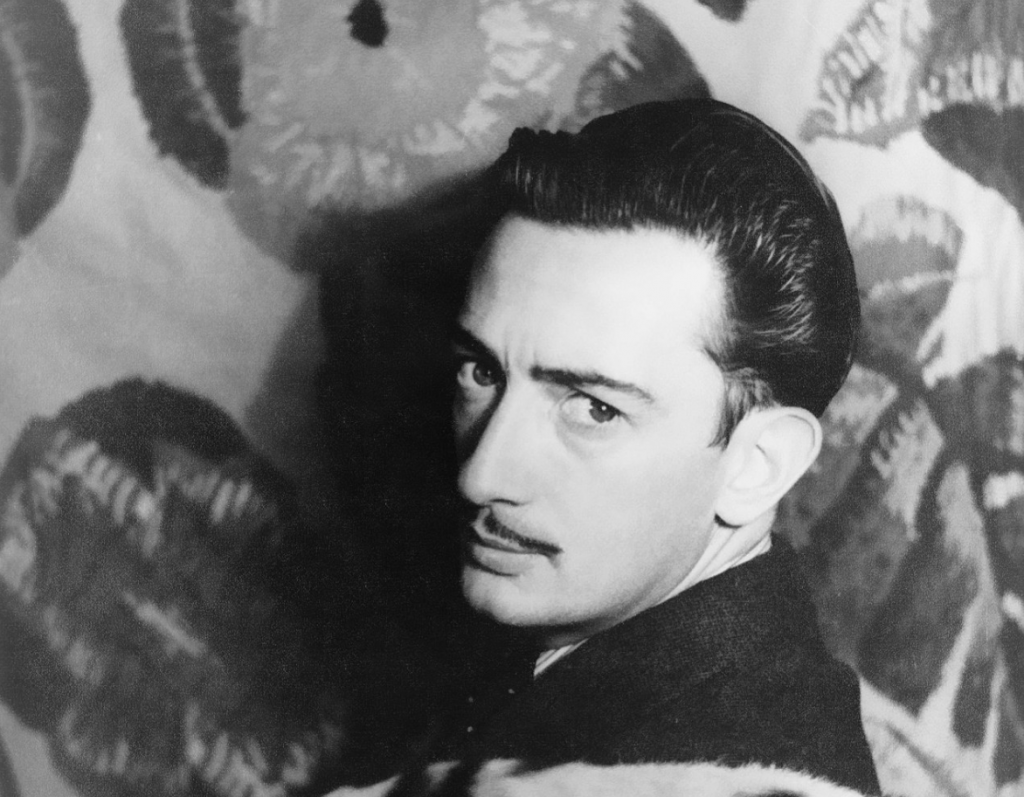 Image by Carl Van Vechten, via Library of Congress and Wikimedia Commons

We may be conditioned to offering an opinion at the push of a button, but before venturing on the question of whether we can, or should, separate the art from the artist, it seems ever prudent to ask, “Which art and which artist?” There are the usual case studies, in addition to the recent crop of disgraced celebrities: Ezra Pound, P.G. Wodehouse, and, in philosophy, Martin Heidegger. One case of a very troubling artist, Salvador Dalí, gets less attention, but offers us much material for consideration, especially alongside an essay by George Orwell, who ruminated on the question and called Dalí both “a disgusting human being” and an artist of undeniably “exceptional gifts.”

Like these other figures, Dalí has long been alleged to have had fascist sympathies, a charge that goes back to the 1930’s and perhaps originated with his fellow Surrealists, especially André Breton, who put Dalí on “trial” in 1934 for “the glorification of Hitlerian fascism” and expelled him from the movement. The Surrealists, most of whom were communists, were provoked by Dalí’s disdain for their politics, expressed in the likeness of Lenin in The Enigma of William Tell (view here). It’s also true that Dalí seemed to publicly profess an admiration for Hitler. But as with everything he did, it’s impossible to tell how seriously we can take any of his pronouncements.

Another painting, 1939’s The Enigma of Hitler (view here) is even more ambiguous than The Enigma of William Tell, a collection of dream images, with the recurring melting objects, crutches, mollusk shells, and food images, set around a tiny portrait of the German dictator. Kamila Kocialkowska suggests that psychoanalytic motifs in the painting, some rather obvious, reflect Hitler's "fear of impotence, and certain commentators have noted that Hitler's enthusiastic promotion of nationalistic breeding can further explain the innuendo present in this image."

His flesh, which I imagined as whiter than white, ravished me. I painted a Hitlerian wet nurse sitting kneeling in a puddle of water….

There was no reason for me to stop telling one and all that to me Hitler embodied the perfect image of the great masochist who would unleash a world war solely for the pleasure of losing and burying himself beneath the rubble.

The painting Dalí alludes to, The Weaning of Furniture-Nutrition (view here), is the work that first raised Breton’s ire, since “Dalí had originally painted a swastika on the nurse’s armband,” notes art historian Robin Adèle Greeley, “which the Surrealists later forced him to paint out.” Dalí later claimed that his Hitler paintings “subvert fascist ideologies," Greeley writes: "Breton and company appear not to have appreciated a fellow Surrealist suggesting that there were connections to be made between bourgeois childhoods such as their own and the family life of the Nazi dictator.” Likewise, his creepy dream-language above is hardly more straightforward than the paintings, though he did write in The Unspeakable Confessions of Salvador Dalí, “Hitler turned me on in the highest.”

Other pieces of evidence for Dalí’s politics are also compelling but still circumstantial, such as his friendship with the proudly professed Nazi-sympathizer, Wallis Simpson, the American Duchess of Windsor, and his admiration for Spanish dictator Francisco Franco, whom he called, as Lauren Oyler points out at Broadly, “the greatest hero of Spain.” (Dalí painted a portrait of Franco’s daughter). Oyler points out that Dalí’s “wickedness,” as Orwell put it in his scathing review of the artist’s “autobiography” (a spurious category in the case of serial fabricator Dalí), matters even if it were pure provocation rather than genuine commitment.

The claim carries more weight when applied to the artist’s attested sadism in general. Dalí spends a good part of his Confessions delighting in stories of brutal physical and sexual assault and cruelty to animals. (The famous Dalí Atomicus photo, his collaboration with Philippe Halsman, required 28 attempts, Oyler notes, and “each of those attempts involved throwing three cats in the air and flinging buckets of water at them.”) Whether or not Dalí was a genuine Nazi sympathizer or an amoral right-wing troll, Orwell is completely unwilling to give him a pass for generally cruel, abusive behavior.

“In his outlook,” writes Orwell, “his character, the bedrock decency of a human being does not exist. He is as anti-social as a flea. Clearly, such people are undesirable, and a society in which they can flourish has something wrong with it.” But perhaps Dalí means to say exactly that. Allowing for the possibility, Orwell is also unwilling to toss aside Dalí’s work. The artist, he writes “has fifty times more talent than most of the people who would denounce his morals and jeer at his paintings.”

When it comes to the question of Dalí as fascist, some less-than-nuanced views of his work (“Marxist criticism has a short way with such phenomena as Surrealism,” writes Orwell) might miss the mark. The Weaning of Furniture-Nutrition, writes Greeley, seems to reveal “a secret about his own middle-class background” as a nursery for fascism, especially given the “disturbing” fact that “the nurse is a portrait of Dalí’s own, and that she droops hollowly on the shore near the painter’s Catalan childhood home, suggesting that Dalí himself might have had a ‘hitlerian’ upbringing.”

Greeley's further elaboration on Dalí's conflict with Breton further weakens the charges against him. "Ten days before the February meeting, he had defended himself to Breton," she writes, "claiming, 'I am hitlerian neither in fact nor in intention.'" He pointed out that the Nazis would likely burn his work, and chastised leftists for "their lack of insight into fascism."

The question of Dalí's fascist sympathies is incoherent without the biography, and the biographical evidence against Dalí seems fairly thin. Nonetheless, he has emerged from history as a violent, vicious, opportunistic person. How much this should matter to our appreciation of his art is a matter you’ll have to decide for yourself.

Heidegger’s “Black Notebooks” Suggest He Was a Serious Anti-Semite, Not Just a Naive Nazi