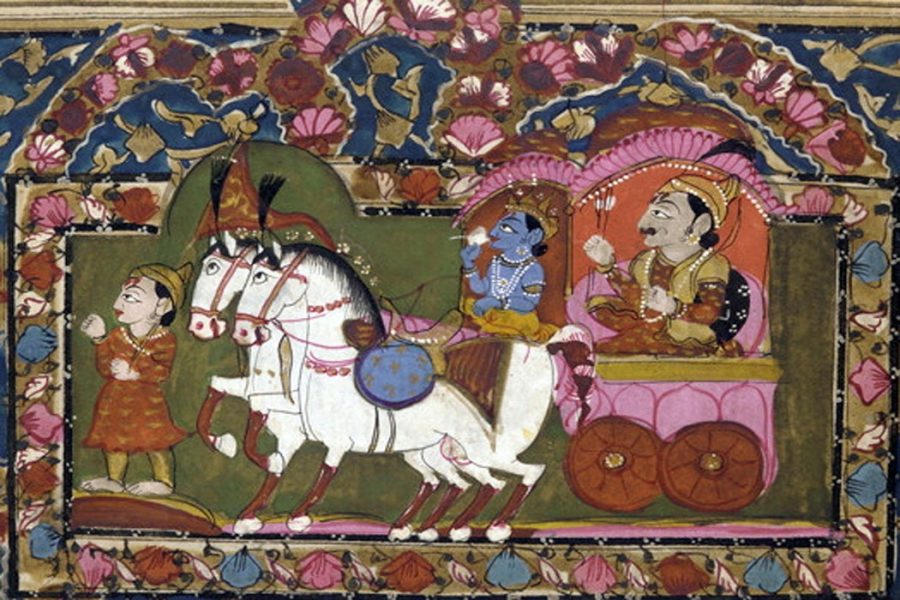 The belief in a singular, coherent “Western tradition” in philosophy has led to a very insular, Eurocentric view in philosophy departments, as Jay L. Garfield and Bryan W. Van Norden write in a New York Times op-ed. "No other humanities discipline demonstrates this systemic neglect of most of the civilizations in its domain," they argue, "The present situation is hard to justify morally, politically, epistemically or as good educational and research training practice.” In his follow-up book Taking Back Philosophy Van Norden argues that educational institutions should “live up to their cosmopolitan ideals” by expanding the canon and teaching non-Western philosophical traditions.

One philosophy educator, Peter Adamson, professor of philosophy at the LMU in Munich and King’s College London, has taken up the challenge of teaching global philosophical traditions through his popular podcast The History of Philosophy Without Any Gaps, with series on the Islamic World, Africana, and India. With expert co-authors and guests, Adamson’s podcasts help us navigate cultural and historical differences without watering down the substance of diverse bodies of thought.

These surveys of non-Western traditions aim to be as exhaustive as the podcast's coverage of Classical, Later Antiquity, and Medieval periods in Europe. We’ve featured Adamson's podcasts on Islamic and Indian philosophy in an earlier post. Now we revisit his series on Indian philosophy, which has grown substantially in the interval, from thirty-two to sixty-two episodes, divided into three categories—“Origins,” “Age of the Sutra,” and “Buddhists and Jains."

Indian Philosophy—Age of the Sutra

Very broadly, much Indian philosophy can be understood as a centuries-long conflict between the six orthodox Vedic schools (astika) and the heterodox (nastika) schools, including Buddhism, Jainism, and Carvaka, a materialist philosophy that denied all metaphysical doctrines. While some strains among these schools of thought can be associated with individual names, like Kanada, Patañjali, or Nagarjuna, much ancient Indian philosophy “is represented by a mass of texts,” as Luke Muehlhauser writes in his short guide, “for which the authors and dates of composition are mostly unknown.”

Adamson’s free podcast survey of Indian philosophy makes for entertaining, informative listening. You can download every episode in .zip form at the links above. Or find links to the individual episodes right below. To keep up with trends in the study of Indian philosophy in English, be sure to follow the Indian Philosophy Blog. And for an excellent list of “Readings on the Less Commonly Taught Philosophies (LCTP),” see this post by Bryan Van Norden here.

1. Begin at the End: Introduction to Indian Philosophy
2. Sages, Schools and Systems: a Historical Overview
3. Kingdom for a Horse: India in the Vedic Period
4. Hide and Seek: The Upanisads
5. Do it Yourself: Indra’s Search for the Self in the Upaniṣads
6. You Are What You Do: Karma
7. Brian Black on the Upanisads
8. Case Worker: Panini's Grammar
9. Suffering and Smiling: the Buddha
10. Crossover Appeal: The Nature of the Buddha’s Teaching
11. Carry a Big Stick: Ancient Indian Political Thought
12. Rupert Gethin on Buddhism and the Self
13. Grand Illusion: Dharma and Deception in the Mahabharata
14. World on a String: The Bhagavad-Gita
15. Mostly Harmless: Non-Violence
16. Better Half: Women in Ancient India
17. Jessica Frazier on Hinduism and Philosophy
18. A Tangled Web: the Age of the Sutra
19. When in Doubt: the Rise of Skepticism
20. Master of Ceremonies: Jaimini’s Mimamsa-Sutra
21. Innocent Until Proven Guilty: Mimamsa on Knowledge and Language
22. Elisa Freschi on Mimamsa
23. Source Code: Badarayana’s Vedanta-Sutra
24. No Two Ways About It: Śaṅkara and Advaita Vedānta
25. Communication Breakdown: Bhartrihari on Language
26. Francis Clooney on Vedanta
27. The Theory of Evolution: Īśvarakṛṣṇa’s Sāṃkhya-kārikā
28. Who Wants to Live Forever? Early Ayurvedic Medicine
29. Practice Makes Perfect: Patañjali’s Yoga-Sūtra
30. Philipp Maas on Yoga
31. Where There’s Smoke There’s Fire: Gautama’s Nyāya-Sūtra
32. What You See Is What You Get: Nyāya on Perception
33. Standard Deductions: Nyāya on Reasoning
34. The Truth Shall Set You Free: Nyāya on the Mind
35. Ujjwala Jha and V.N. Jha on Nyāya
36. Fine Grained Analysis: Kaṇāda’s Vaiśeṣika-sūtra
37. The Whole Story: Vaiśeṣika on Complexity and Causation
38. A Day in the Life: Theories of Time
39. The Wolf’s Footprint: Indian Naturalism
40. Mind out of Matter: Materialist Theories of the Self
41. Monima Chadha on Indian Philosophy of Mind
42. In Good Taste: The Aesthetics of Rasa
43. We Beg to Differ: the Buddhists and Jains
44. It All Depends: Nagarjuna on Emptiness
45. Motion Denied: Nāgārjuna on Change
46. No Four Ways About It: Nāgārjuna’s Tetralemma
47. Jan Westerhoff on Nāgārjuna
48. Taking Perspective: the Jain Theory of Standpoints
49. Well Qualified: the Jains on Truth
50. Marie-Hélène Gorisse on Jain Epistemology
51. Change of Mind: Vasubandhu and Yogācāra Buddhism
52. Under Construction: Dignāga on Perception and Language
53. Follow the Evidence: Dignāga's Logic
54. Graham Priest on Logic and Buddhism
55. Doors of Perception: Dignāga on Consciousness
56. Who’s Pulling Your Strings? Buddhaghosa
57. Learn by Doing: Tantra
58. Amber Carpenter on Animals in Indian Philosophy
59. Looking East: Indian Influence on Greek Thought
60. The Buddha and I: Indian Influence on Islamic and European Thought
61. What Happened Next: Indian Philosophy After Dignaga
62. Kit Patrick on Philosophy and Indian History

The Philosophical Appreciation of Rocks in China & Japan: A Short Introduction to an Ancient Tradition