Don’t Call 911 If You See a Coyote, Unless It’s Carrying ACME-Branded Products: The Office of Sheriff, Monroe County, New York 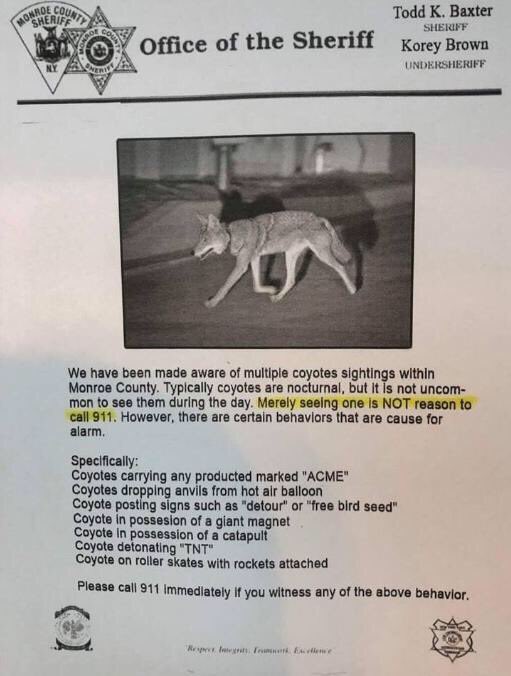 Someone in the Office of Sheriff, in Monroe County, New York, has a good sense of humor. And if you're from the Looney Tunes/Merrie Melodies generation, you will get a good laugh.

In other news, Warner Bros. just announced that it's developing an animated Wile E. Coyote movie, some 70 years after he first appeared on the screen. Appropriately the film is called, Coyote vs. Acme. Somehow that pummeled coyote manages to endure.

Kill the Wabbit!: How the 1957 Bugs Bunny Cartoon, “What’s Opera, Doc?,” Inspired Today’s Opera Singers to First Get Into Opera

The Evolution of Chuck Jones, the Artist Behind Bugs Bunny, Daffy Duck & Other Looney Tunes Legends: A Video Essay