British Doctors To Prescribe Arts & Culture to Patients: “The Arts Are Essential to our Health and Wellbeing” 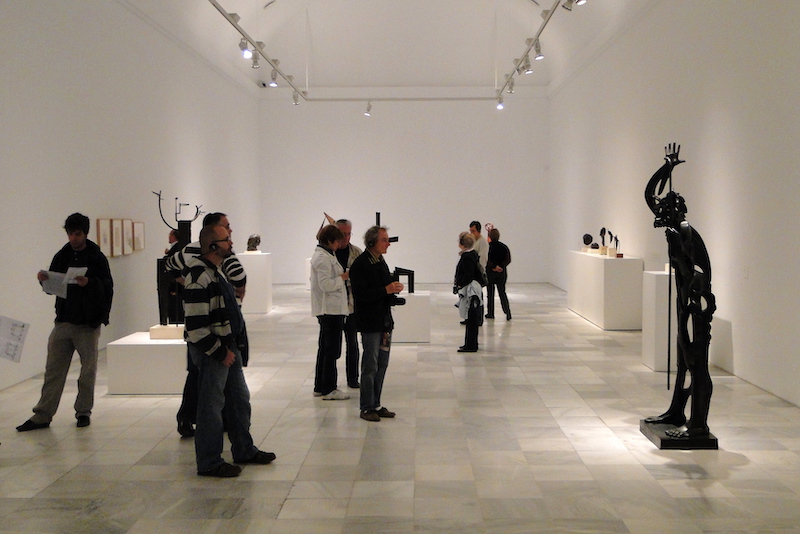 The arts and humanities are afterthoughts in many American schools, rarely given priority as part of a comprehensive education, though they formed the basis of one for thousands of years elsewhere. One might say something similar of preventative medicine in the U.S. healthcare system. It’s tempting to idealize the priorities of other wealthy countries. The Japanese investment in “forest bathing,” for example, comes to mind, or Finnish public schools and France's funding of an Alzheimer’s village.

But everyplace has its problems, and no country is an island, exempt from the global pressures of capital or hostile interference.

But if we consider such things as art, music, and dance as essential—not only to an education, but to our general well-being—we must commend the UK’s Health Secretary, Matt Hancock, for his “social prescribing” initiative.

In a speech Hancock delivered on what happened to be election day in the U.S., he referred to a quote from Confucius that represents one particularly ancient educational tradition: “Music produces a kind of pleasure, which human nature cannot do without.” (He also quotes the Rolling Stones' “Satisfaction.”) Hancock’s idea goes beyond aristocratic traditions of old, proclaiming a diet of the arts for everyone.

They’re not just a right in their own terms as the search for truth and expression of the human condition. We shouldn’t only value them for the role they play in bringing meaning and dignity to our lives. We should value the arts and social activities because they’re essential to our health and wellbeing. And that’s not me as a former Culture Secretary saying it. It’s scientifically proven. Access to the arts and social activities improves people’s mental and physical health.

We’ve likely all come across research on the tremendous health benefits of what Warnock calls “social activities,” maintaining friendships and getting out and about. But what does the research into art and health say? “The medical benefits of engaging with the arts are well-recorded,” Solly writes, citing studies of stroke survivors making great strides after performing with the Royal Philharmonic; dance lessons improving clarity and concentration among those with early psychosis; and those with lung conditions improving with singing lessons. Additionally, many studies have shown the emotional lift museum visits and other cultural activities of a social nature can give.

Similar trials have taken place in Canada, but the UK project is “simultaneously more comprehensive and less fleshed-out,” aiming to encourage everything from cooking classes, playing bingo, and gardening to “more culturally focused ventures.” The proposal does not, however, fully address funding or accessibility issues for the most at-risk patients. Hancock’s rhetoric also perhaps heedlessly pits “more prevention and perspiration” against “popping pills and Prozac,” a characterization that seems to trivialize drug therapies and create a false binary where the two approaches can work well hand-in-hand.

Nonetheless, a shift away from “over-medicalising” and toward preventative and holistic approaches has the potential to address not only chronic symptoms of disease, but the non-medical causes—including stress, isolation, and sadness—that contribute to and worsen illness. The plan may require a rigorously individualized implementation by physicians and it will "start at a disadvantage," with 4% cuts per year to the NHS budget until 2021, as Royal College of Nursing public health expert Helen Donovan points out.

Those challenges aside, given all we know about the importance of emotional well-being to physical health, it’s hard to argue with Hancock’s premise. “Access to the arts improves people’s mental and physical health,” he tweeted during his November 6th roll-out of the initiative. “It makes us happier and healthier." Art is not a luxury, but a necessary ingredient in human flourishing, and yet "the arts do not tend to be thought of in medical terms," writes professor of health humanities Paul Crawford, though they constitute a "shadow health service," bringing us a kind of happiness, I’d argue with Confucius, that we simply cannot find anywhere else.

How Finland Created One of the Best Educational Systems in the World (by Doing the Opposite of U.S.)

The French Village Designed to Promote the Well-Being of Alzheimer’s Patients: A Visual Introduction to the Pioneering Experiment