The watercolor painting has a reputation for lightness. It’s a casual endeavor, done in scenic outdoor surroundings on sunlit days. Watercolors are the choice of weekend hobbyists or children unready for messier materials. Watercolors, in other words, are often treated as unserious. But for a couple hundred years, they served a very serious purpose. In addition to being a portable medium with an expansive range, watercolors’ ease made them the primary means of making documentary images before photography completely took over this function by the turn of the 20th century when portable consumer cameras became a reality. 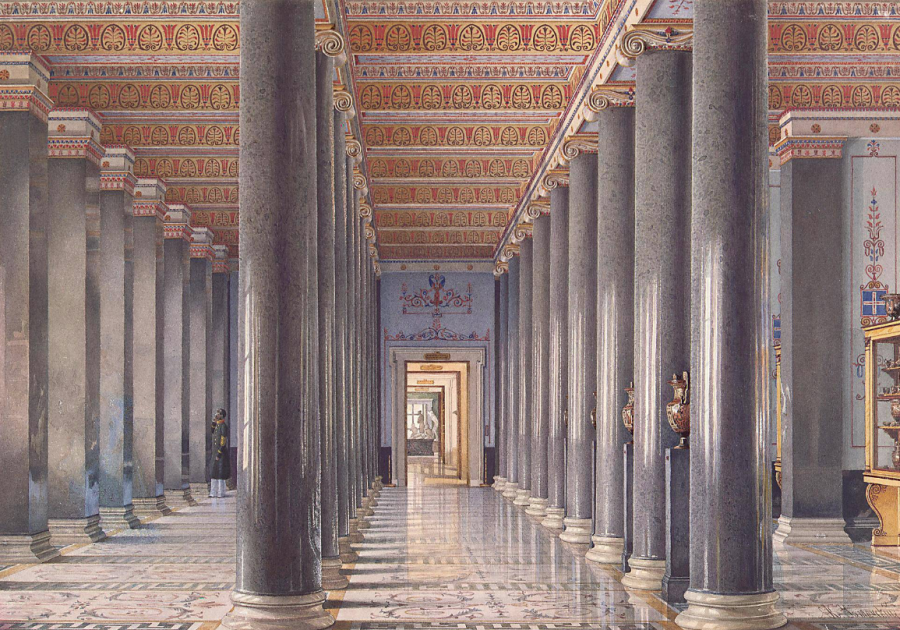 “Before the invention of the camera,” explains the Watercolour World, “people used watercolors to document the world. Over the centuries, painters—both professional and amateur—created hundreds of thousands of images recording life as they witnessed it. Every one of these paintings has a story to tell.”

The Watercolour World is a large-scale digitization of thousands of watercolors found hidden away in drawers all over the UK by former diplomat Fred Hohler, who came up with the idea for the project while on a tour of Britain’s public collections. 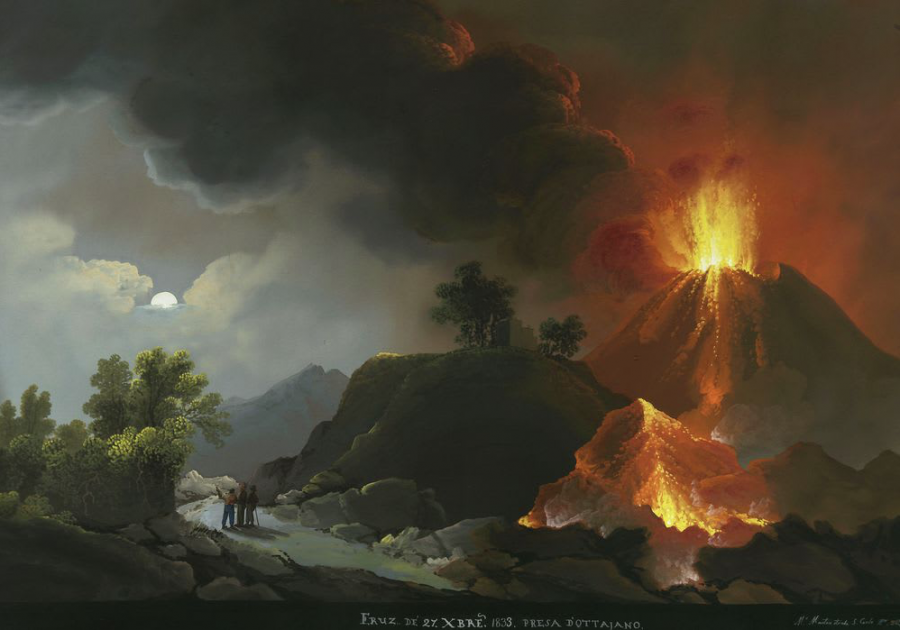 “The value—and excitement—of the Watercolour World project,” writes Dale Berning Sawa at The Guardian, "is that it views these historic paintings as documents, not aesthetic objects.” That’s not necessarily how their creators’ saw them. “A lot of the value in these images is… accidental. Often it’s the context—replete with treelines, snowlines or waterlines—the artist painted around, for example, the flower they’d set out to record.” Such accidental documentation captured one of the first known images of Mount Everest, situated in the background, in a painting from the 1840s. Of course much of the documentary purpose was intentional—in land surveys and scientific illustrations, and in the many paintings, like that above from 1833, of Mount Vesuvius erupting. 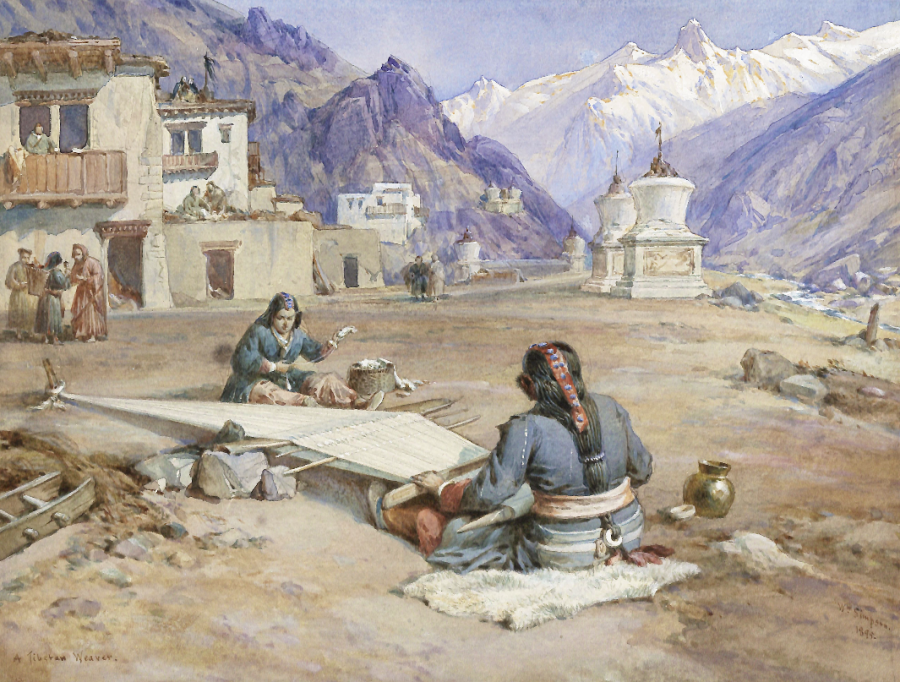 These images are becoming increasingly important to scientists and historians as ice-caps melt, historical sites are bombed or vandalized, and flora and fauna disappear. With a focus on pre-1900 images, the site launched with around 80,000 digitized watercolors, a number that could expand into over a million, Hohler estimates, at which point, it will become an “absolutely indispensable tool to help us understand today.” As for understanding the context in which these works were created—it’s complicated. Many of the paintings come with a wealth of identifying information. Some of the artists were professionals, some military draftsmen, botanists, expedition watercolorists, and surveyors. 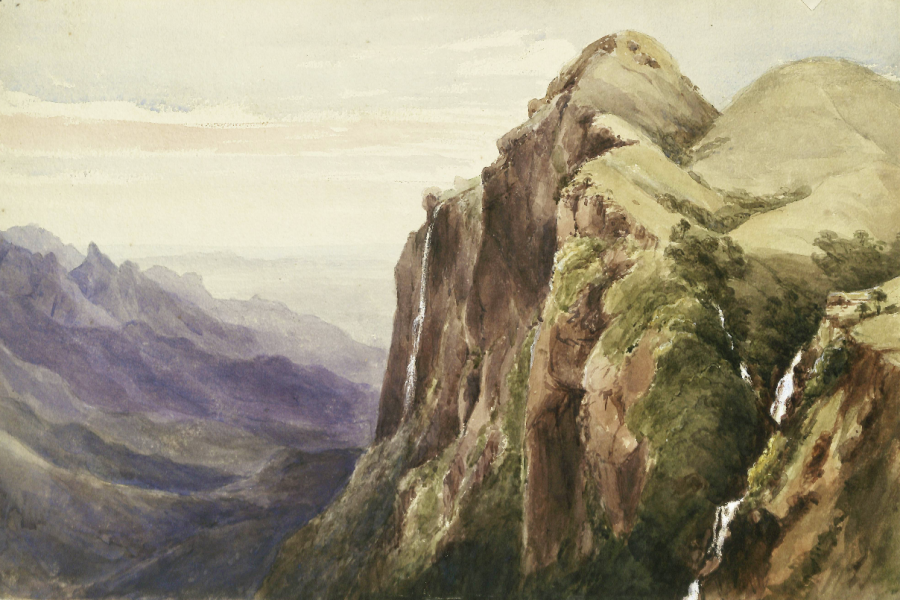 Some had long, distinguished careers taking over other countries, like colonial British General James Maurice Primrose, who painted several very impressive landscapes in India like 1860’s “In the Neilgherries,” above. And there are also “untold numbers of amateurs,” Sawa writes, “which Hohler suspects will turn out to have been mostly women, unpaid for their time and skill—who picked up a paintbrush to record the world around them.” Whoever these painters were, and whatever motivated them to make these works of art, we can be grateful that they did, and that these thousands of paintings, many of which are quite fragile, survived long enough for digitization in this impressive public project. 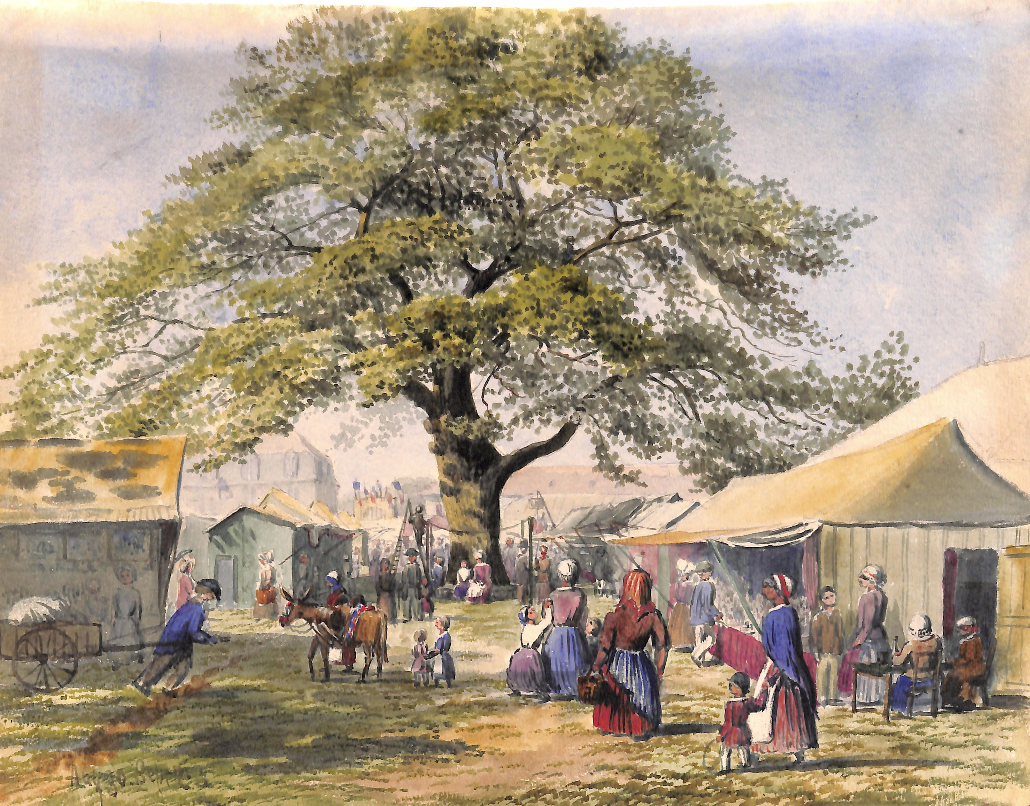 “By making history more visible to more people,” the Watercolour World puts it, “we can deepen our understanding of the world.” The UK-based organization seeks paintings from around the globe; “there are thousands of watercolours still to add.” If you have some pre-1900 works to contribute, you are encouraged to get in touch and find out if they’re suitable for inclusion. Enter the Watercolour World here.