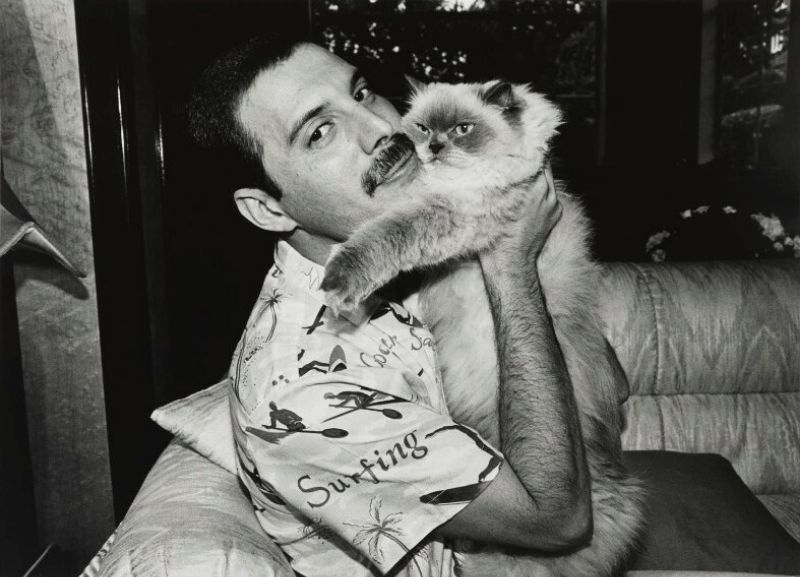 Ooh, you make me so very happy
You give me kisses and I go out of my mind, ooh
Meeow meeow meeow
You’re irresistible – I love you, Delilah
Delilah, I love you.
—Freddie Mercury

Next time you meet a cat called Delilah, ask her if she was named for Freddie Mercury’s #1 Pussycat.

Like many childless adults’ pets, Mercury’s cats loomed large, enjoying nightly phone check-ins when he was on the road, Christmas stockings, and specially prepared food.

Unlike most childless adults’ pets, Mercury’s feline friends allegedly occupied their own bedrooms in his London mansion, and were the main beneficiaries of his will, along with Mary Austin, his close friend and one-time fiancée.

(Following the dissolution of their romance, she floated the idea of having a child together, a proposal he rejected, saying that he would rather have another cat.)

Mercury must’ve taken comfort in knowing that it wasn’t his celebrity the cats were cozying up to, even if they did take advantage of his generosity where fresh chicken and cat toys were concerned. 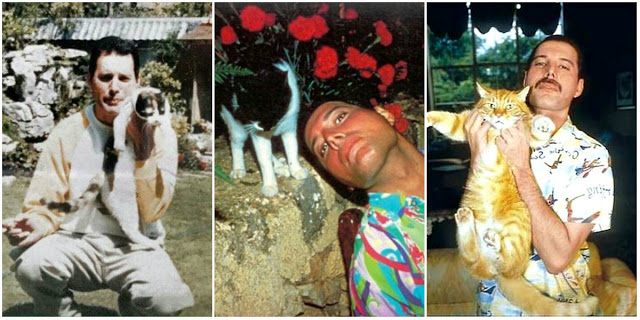 To them, he was just another human with a can opener, a lap, and a capacity for rock star-sized meltdowns should one of them go missing. (He chucked a hibachi through the window of a guest bedroom when Goliath, his black kitten, went on temporary walkabout.)

Shortly before Mercury’s death, he paid tribute to his favorite, Delilah, in a song his Queen bandmates grudgingly agreed to record, guitarist Brian May even acquiescing to a talk box to achieve the necessary “meow” sounds. 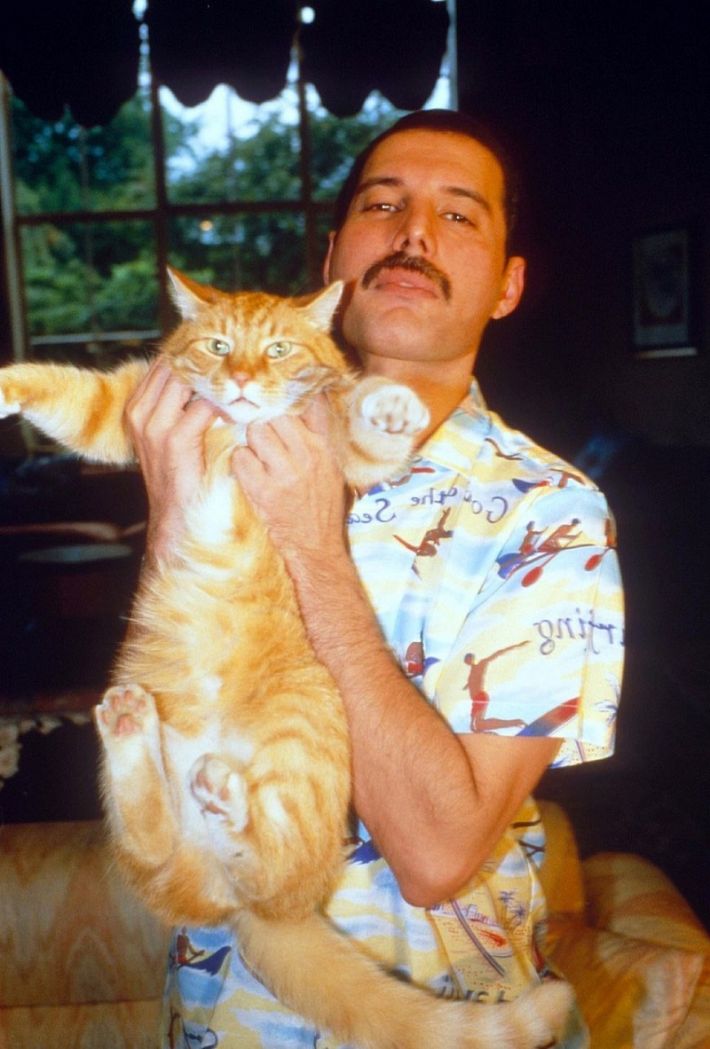 Around the same time, a thoughtful friend arranged for the other members of Mercury’s beloved menagerie to be immortalized on a custom-painted vest, which the singer can be seen sporting in the official music video for Queen’s “These Are The Days Of Our Lives,” as well as his final portrait.

(I’ll have a thought for Freddie next time I’m in my home state, where a trip to the mall reveals any number of similar sartorial displays, most noticeably on ladies resembling my grandmother and her sisters…) 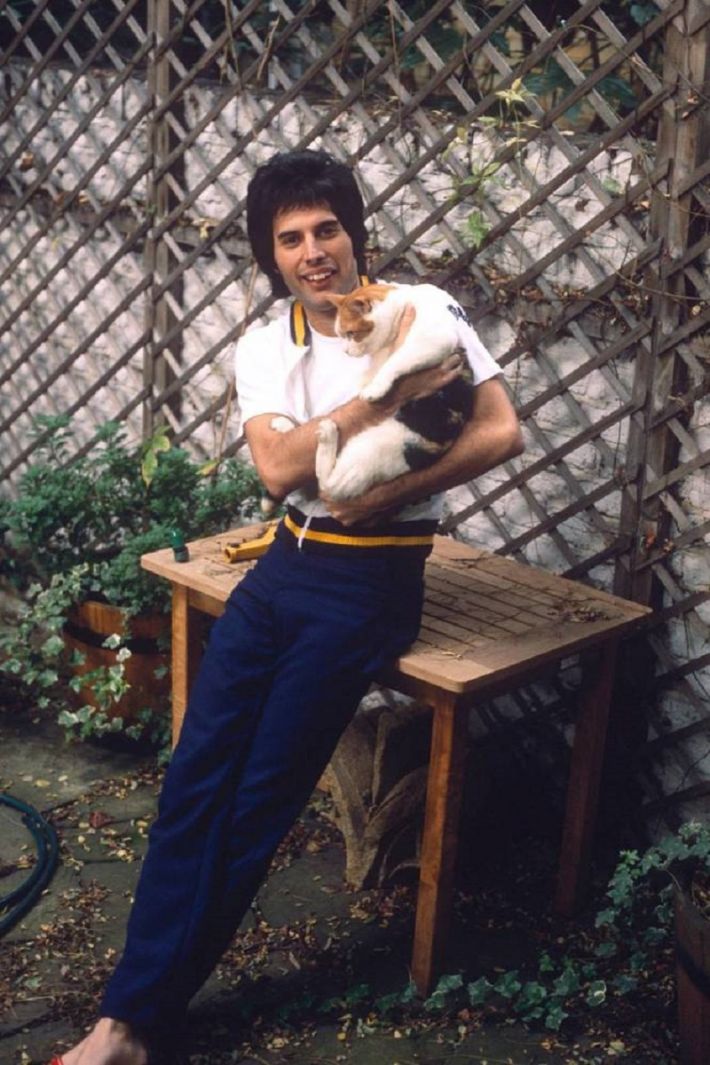 According to Mercury’s personal assistant, Peter “Phoebe” Freestone, most of Mercury’s cat babies were eventually farmed out to other homes, though his “princess”, Delilah, remained in residence with a couple of others, cared for by Austin.

And because there are surely those among our readers burning to know if Freddie Mercury swung both ways, we took a deeper dive through some of Freestone’s memories, and discovered that:

Freddie didn’t particularly like or dislike dogs. He wouldn’t go out of his way to avoid them and he had many friends who had dogs at home. He would play with them and stroke them if they came to him when he was visiting. He just loved cats. He felt that cats were much more independent than dogs and he was very happy that his felines had chosen him to be their master.

Find more picture of Freddie and his cats over at Dangerous Minds, Bored Panda and Vintage Everyday–most of which were taken by Peter Freestone.

Ayun Halliday is an author, illustrator, theater maker and Chief Primatologist of the East Village Inky zine.  Join her in New York City May 13 for the next installment of her book-based variety show, Necromancers of the Public Domain. Follow her @AyunHalliday.