How do we know if we’ve lived through a major shift toward greater equality? Maybe it’s when history textbooks start telling different stories than the ones they’ve always told about heroes in knee breeches, waistcoats, epaulets, top hats, and beards. Aside from the occasional historical figure in bonnet or bloomers, most texts really have just told “his story.”

In the U.S., at least, studies show that only 11% of the stories in history textbooks are about women. Is this because 50% of the population only contributed to 11% percent of the country’s events? No, even the kids know—like the kids in the video above from a new app called Lessons in Herstory—history mostly features men because “a lot of it was written by men and was mostly all about men.”

Textbook makers, and the school boards who give them marching orders, may stick to their guns, so to speak, but another major shift could render their dictates irrelevant. Smartphone and tablet technology has become so familiar to today’s kids that instead of turning the pages, they “swipe, like, in the history books,” as one of the youngsters puts it.

Students stuck with the old patriarchal pedagogies can easily supplement, enhance, or substitute their education with new media. While there are some serious downsides to this phenomenon, given a distinct lack of quality control online, the internet has also opened up innumerable opportunities for telling the stories of women in history. 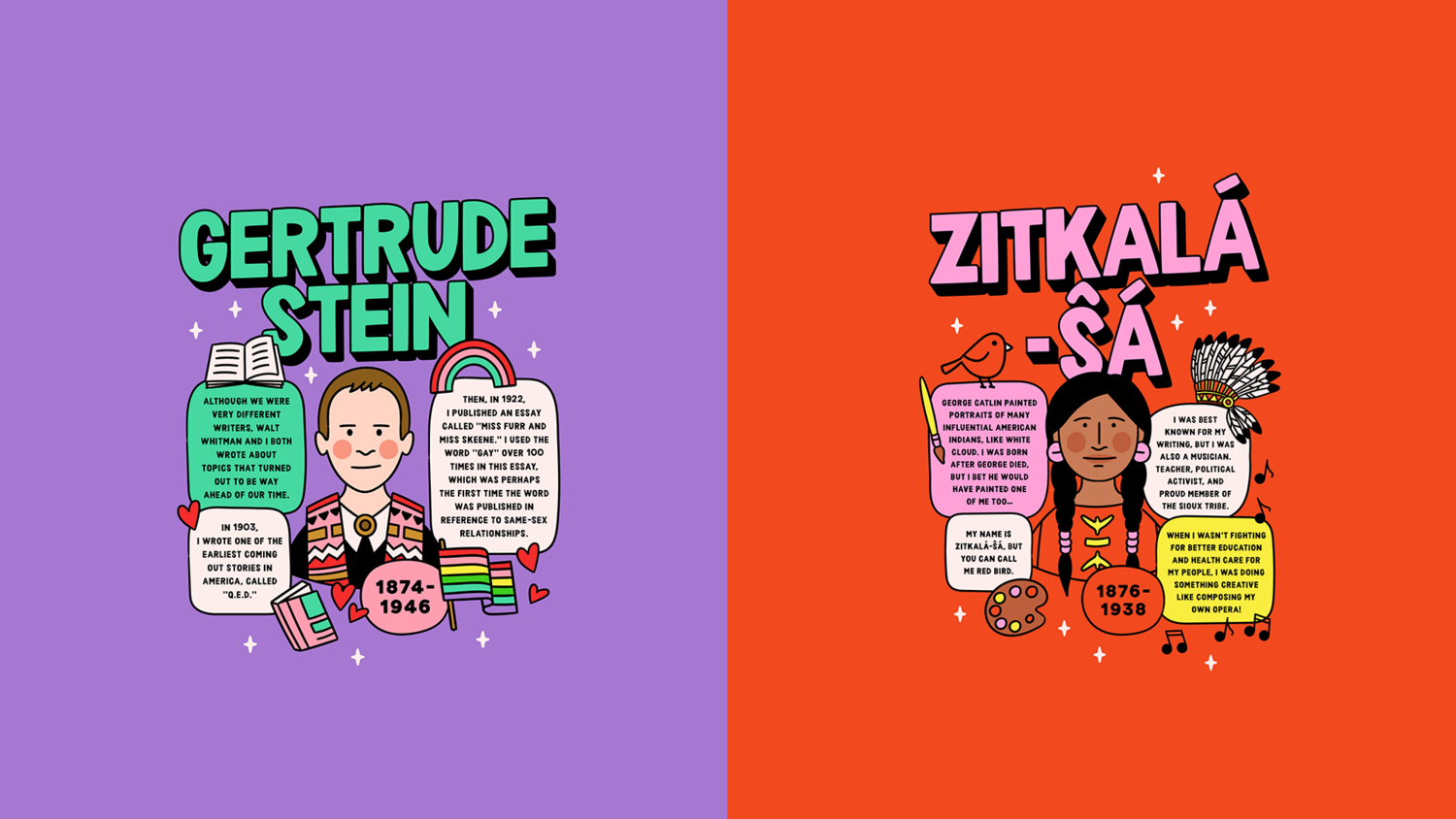 Lessons in Herstory, built by an organization called Daughters of the Evolution, takes a unique approach. Instead of supplanting textbooks, it adds to them in an augmented reality smartphone app (currently designed for ios devices) students can point at pictures of historical dudes to pull up stories about a notable women from the same time.

Granted, some of these women, like Harriet Tubman and Sacagawea, had already been granted access to the limited space allotted female figures in grade school textbooks. But a great many other people in the app have not. Featuring a diverse selection of 75 herstorical women, Lessons in Herstory is the product of ad agency Goodby Silverstein & Partners’ chief creative officer Margaret Johnson, who launched it at this year’s SXSW.

The app has pretty limited application at the moment. It works with one textbook, A History of US, Book 5: Liberty for All? 1820-1860, and with a handful of historical photographs on its website. (Many of the women featured made their mark after 1860.) But with plans to expand and with the backing of a large ad agency, who may or may not have their own designs in marketing Lessons in Herstory, it promises to make women’s history more accessible to students who already spend more time staring at screens than pages. 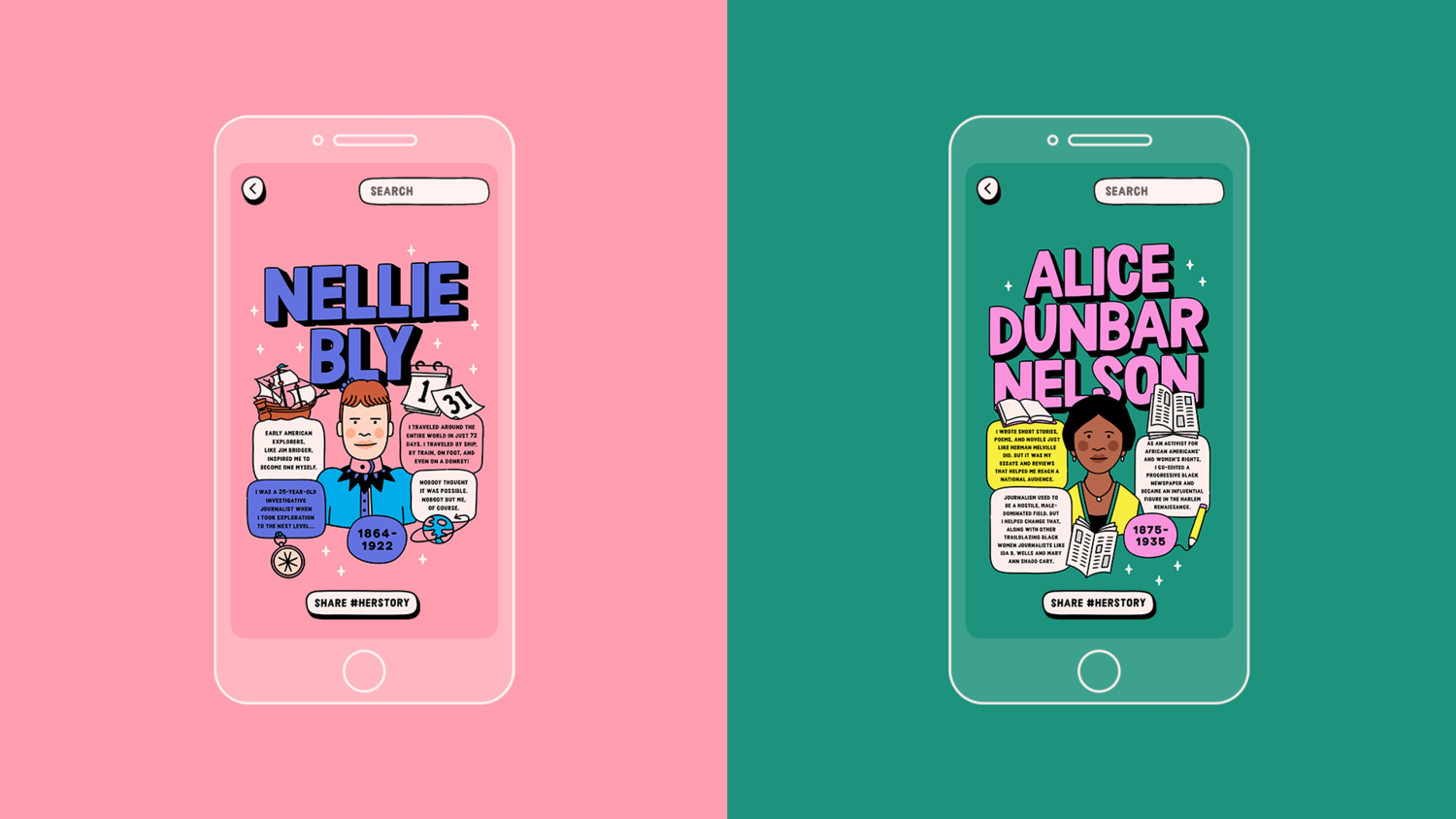 “There’s a saying,” writes Cara Curtis at The Next Web, “’you can’t be what you can’t see.’” Apps like Lessons in Herstory, along with a number of influential books and websites for young people that narrate the past through the lens of women, indigenous people, African-Americans, artists, activists, working people, and so on, show kids that no matter who they are or where they come from, people who looked like them have always made significant contributions to history.