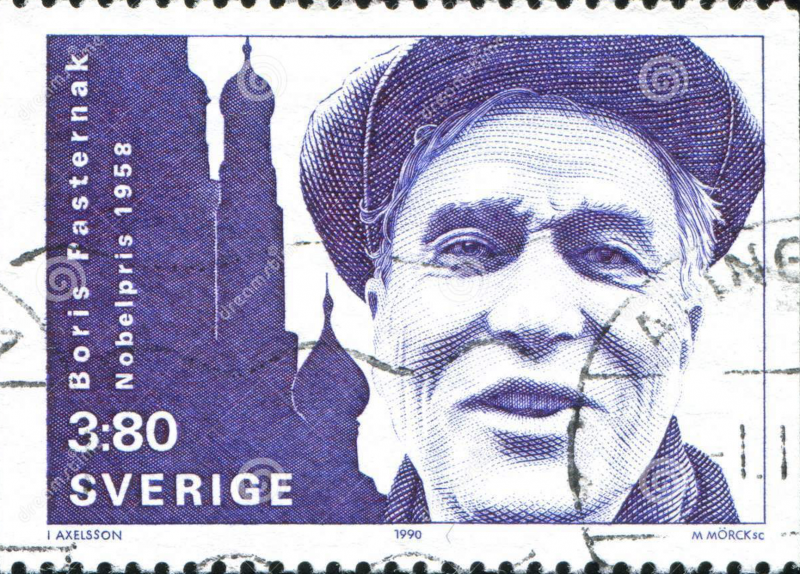 Behind the awarding of the Nobel Prize in Literature, there are stories upon stories, some as juicy as those in the work of winners like William Faulkner or Gabriel García Márquez—and some just as devastating to the parties involved. Last year’s award was postponed after sexual assault allegations lead to several members to resigning. (There will be two prizes awarded for 2019.) The charges needed to be aired, but if you’re looking for details about how the secretive committee selects the nominees and winners, you’ll have to wait a while.

“The Swedish Academy keeps all information about nominations and selections for the prestigious award secret for 50 years,” writes Allison Flood at The Guardian. Newly unsealed documents from the Academy have shone light on Jean-Paul Sartre’s rejection of the prize in 1964, and the shunning of Samuel Beckett in 1968 by committee chairman Anders Österling, who found his work too nihilistic (Beckett won the following year), and of Vladimir Nabokov, whose Lolita Österling declared “immoral.”

Perhaps the saddest of Nobel stories has taken on even more vivid detail, not only through newly opened files of the Nobel Prize committee, but also recently declassified CIA documents that show how the agency used Boris Pasternak’s Doctor Zhivago as a propaganda tool (handing out hasty re-translations into Russian to Soviet visitors at the World’s Fair). In October 1958, the author was awarded the Nobel Prize in Literature. He had, as The Guardian reported in October of that year, intended to “accept it in person in Stockholm next month.” He may have had little reason to think he could not do so.

Despite his role as a perpetual thorn in the side of the Soviet government, and their attempts to suppress his work and refusal to allow Doctor Zhivago to be published, the repressive regime mostly gave Pasternak his relative freedom, even after the novel was smuggled abroad, translated, and released to an international readership. Whether or not the Nobel committee chose him as an anti-Communist statement, as some have alleged, made no difference to his reputation around the world as a penetrating realist in the great Russian novelistic tradition.

The award might have been perceived as a validation of Russian letters, but the Soviets saw it as a threat. They had “raged” against Doctor Zhivago and its “anti-Marxist” passages, “but that only increased its popularity,” writes Ben Panko at Smithsonian. Pasternak had already been “repeatedly nominated for the Nobel Prize” and the “worldwide buzz around his new book pushed him to the top of the list in 1958.” Upon learning of the win, he sent a telegram to the committee that read, in part, “Thankful, glad, proud, confused.”

Days later, as The Guardian wrote, Pasternak decided to decline the award “without having consulted even his friends.” He sent a short telegram to the Swedish Academy reading:

Considering the meaning this award has been given in the society to which I belong, I must reject this undeserved prize which has been presented to me. Please do not receive my voluntary rejection with displeasure. – Pasternak.

The author’s “decision” was not as abrupt as it might have seemed. In the days after his win, a storm raged, as he put it. Even before the declassified trove of information, readers around the world could follow the story, “which had more twists and turns than a Cold War-era spy novel,” Tina Jordan writes at The New York Times. It played out in the papers “with one front-page story after another.” Pasternak angered the Soviets by expressing his “delight” at winning the prize in an interview. He was denounced in Soviet newspapers, called by a Pravda editor a “malevolent Philistine” and “libeler,” and his book described as “low-grade reactionary hackwork.”

Pasternak faced exile in the days after he gave up the prize and issued a forced public apology in Pravda on November 6. The Academy held the ceremony in his absence and placed his award in trust “in case he may some day have a chance to accept them,” the Times reported. Pasternak had hoped to be reinstated to the Soviet Writer’s Union, which had expelled him, and had hoped that his novel would be published in his own country and language in his lifetime.

Neither of these things occurred. The events surrounding the Nobel broke him. His health began to fail and he died two years later in 1960. Pasternak’s son Yevgeny describes in moving detail seeing his father the night after he turned down the Nobel. “I couldn’t recognize my father when I saw him that evening. Pale, lifeless face, tired painful eyes, and only speaking about the same thing: ‘Now it all doesn’t matter, I declined the Prize.’” Doctor Zhivago was published in the Soviet Union in 1988. “The following year,” notes Panko, “Yevgeny was allowed to go to Oslo and retrieve his father’s denied prize.”

Looking for free, professionally-read audio books from Audible.com? That could include  Doctor Zhivago. Here’s a great, no-strings-attached deal. If you start a 30 day free trial with Audible.com, you can download two free audio books of your choice. Get more details on the offer here.

How the Inventor of Dynamite, Alfred Nobel, Read an Obituary That Called Him “The Merchant of Death” and Made Amends by Creating the Nobel Prize