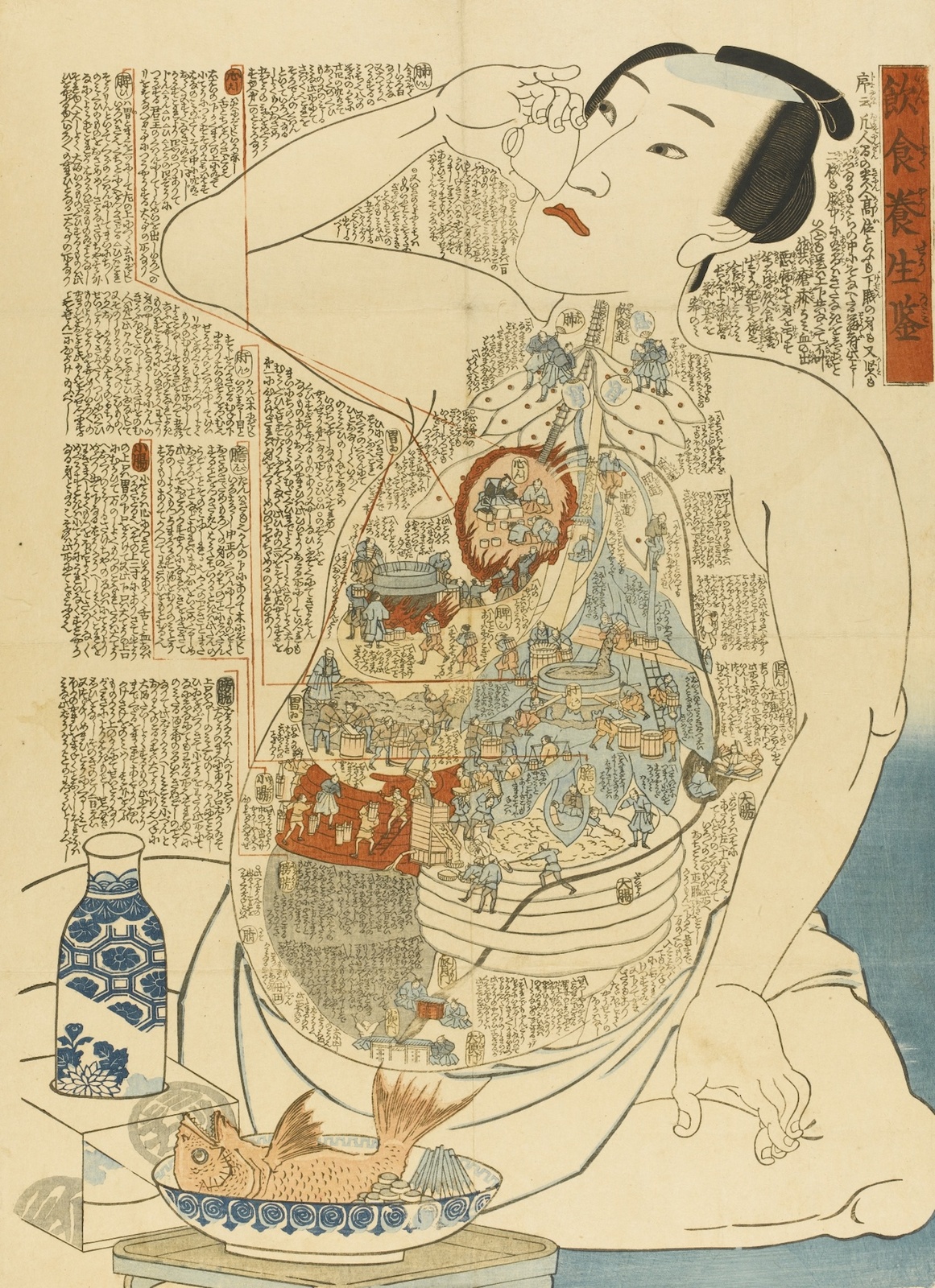 Folks with a passing knowledge of ukiyo-e, the Japanese woodblock print art form popular in the 17th through 19th centuries, will be familiar with its landscapes, as well as its portraits of courtesans and kabuki actors. But often these prints were educational, demonstrated by these very odd anatomical prints that promote good health as it relates to our internal workings.

Long before animated monsters warned us about our mucus-filled chests, Japanese artists like Utagawa Kunisada (1786-1865) filled the guts of these men and women with little workers, making sure the human body worked like a functioning village or town.

In the first print, Inshoku Yojo Kagami (“Mirror of the Physiology of Drinking and Eating”), a man dines on fish and drinks sake. Inside, little men scurry about a pool wrapped in intestines, stoke a fire under the heart, all the while a scholar keeps reference materials nearby. Down below lonely figures guard the “urine gate” and the “feces gate,” surely one of the worst jobs in all the body economy. 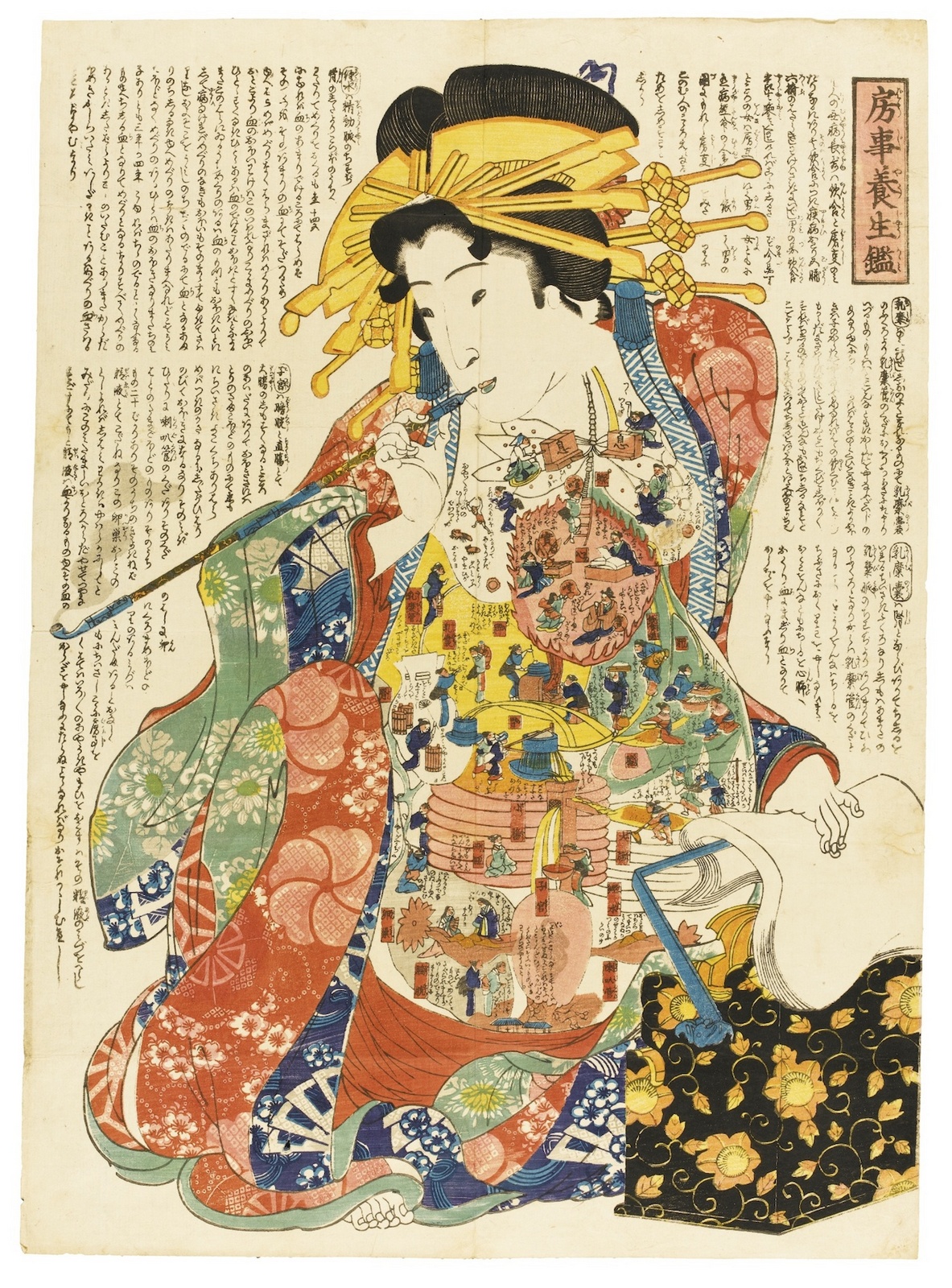 One of Kunisada’s students created a print for the women, focusing on the reproductive organs, called Boji Yojo Kagami (“Rules of Sexual Life”). Keen eyed viewers will note that the miniature workers here are all women, so at least there’s some equality at play. 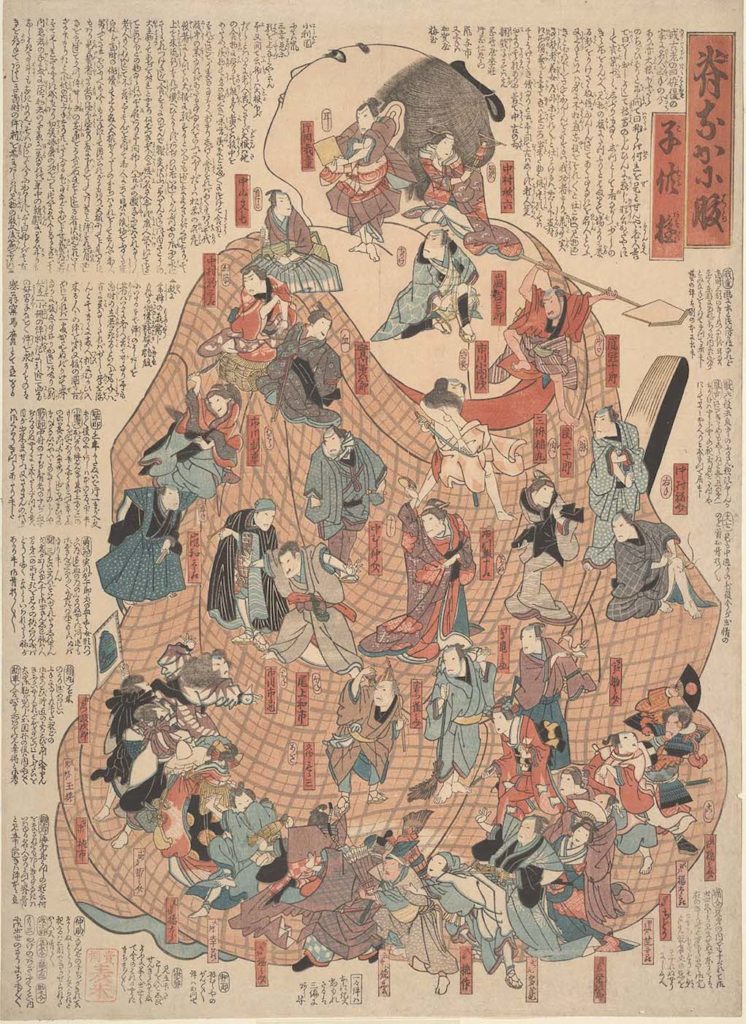 The two prints were meant as instructional, pointing out best health practices, and warning against overindulgence and excess.

Other prints are just as inventive: a back and abdomen covered in children playing familiar games; another featuring popular kabuki actors standing in for various organs. (Now, that is just crying out for a modern remake). The last print shows a pregnant woman whose belly contains Tainai jukkai no zu (Ten realms within the body), a Buddhist idea that you can read more about here. As for their function inside the womb, that is for others of a higher consciousness to discern. 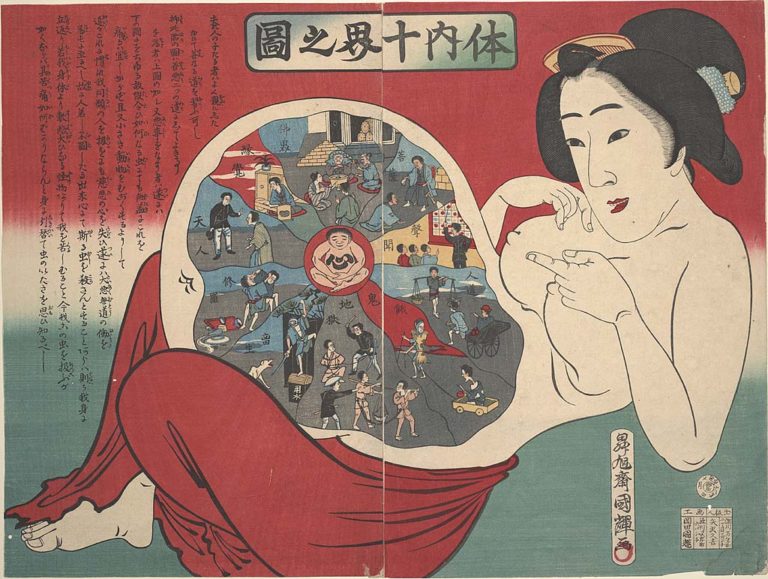 A Subway Map of Human Anatomy: All the Systems of Our Body Visualized in the Style of the London Underground

“Man as Industrial Palace,” the 1926 Lithograph Depicting the Human Body as a Modern Factory, Comes to Life in a New Animation