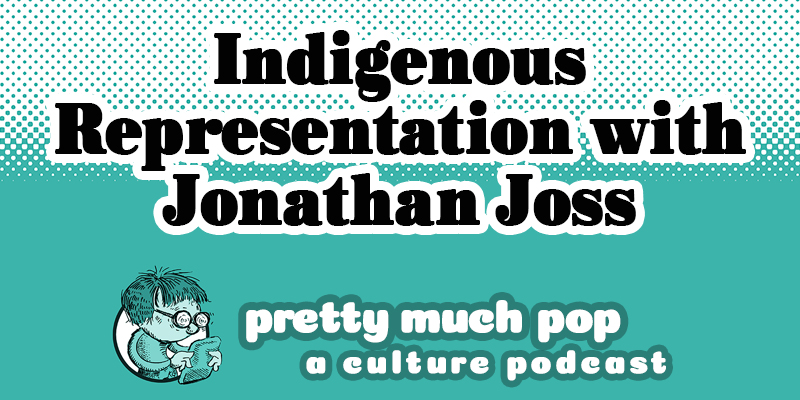 Jonathan built his career playing 19th century American Indians on horseback and is best known for his voice acting as John Redcorn III in King of the Hill (starting season 2) and then for his recurring role as Chief Ken Hotate in Parks and Recreation. Erica Spyres, Mark Linsenmayer, and Brian Hirt talk to him about those roles plus acting in The Magnificent Seven, True Grit, and his current role as Sitting Bull in Annie Get Your Gun (also featuring Erica) currently running at the Bay Street Theater in Sag Harbor.

Jonathan talks about Hollywood’s record and progress in portraying indigenous Americans, his own struggles to get native views reflected in the works he’s participated in and the differences between acting on stage vs. film and TV. When is an anachronistic work too far gone to update it, and is it even legitimate to try?

A few relevant clips from King of the Hill: “Hank asks John Redcorn about tool,” “John Redcorn makes a toast,”, “John wants his son back,” and “Big Mountain Fudgecake.” Here’s the Cartoon Conspiracy Theory video that Brian brings up.

Here's the scene from True Grit (2010) where Jonathan's character gets hanged.

Here’s Jonathan talking at Indegenous Comic Con 2017 about representation and acting, and here he is doing a fake panel.

The actor in the film Minutes that Mark refers to is comedian Tatanka Means. Jonathan brings up native author/activist John Trudell, and Erica brings up the play Tribes about the deaf community.

You may be interested in The Partially Examined Life’s episode on American Indian philosophy and the varying reactions to it.