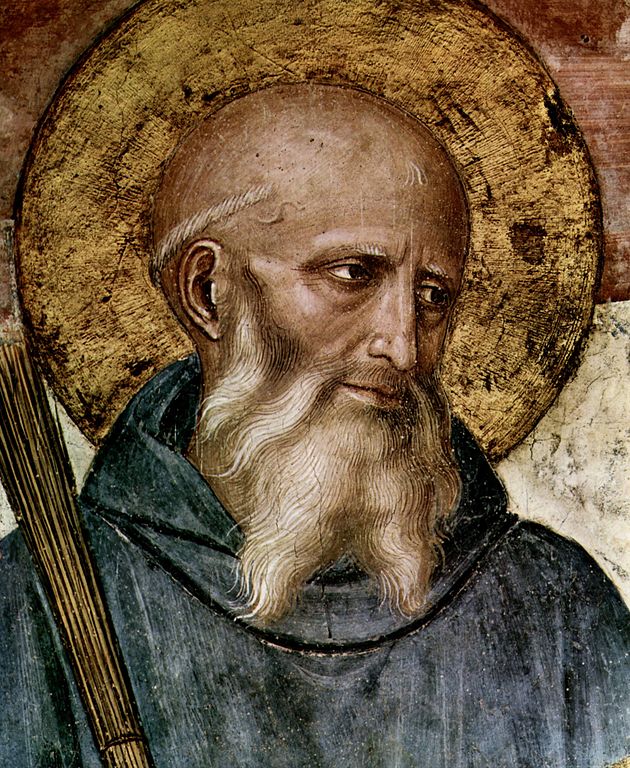 We might imagine that life in a monastery is one of the safest, most predictable ways of life on offer, and therefore one of the least distracted. But “medieval monks had a terrible time concentrating,” writes Sam Haselby at Aeon, “and concentration was their lifelong work!” They complained of information overload, forgetfulness, lack of focus, and overstimulation. Their jumpy brains, fundamentally no different from those we use to navigate our smart phones, were the culprit, though, like us, the monks found other sources to blame.

“Sometimes they accused demons of making their minds wander. Sometimes they blamed the body’s base instincts.” Given the nature of their restrictive vows, it’s no wonder they found themselves thinking “about food or sex when they were supposed to be thinking about God.” But the fact remains, as University of Georgia professor Jamie Kreiner says in an interview with PRI’s The World, monks living 1600 years ago found themselves constantly, painfully distracted.

It wasn’t even necessarily about tech at all. It was about something inherent in the mind. The difference between us and them is not that we are distracted and they aren’t, it’s that they actually had savvier ways of dealing with distraction. Ways of training their minds the way we might train our bodies.

So, what did the wisest monks advise, and what can we learn, hundreds of years later, from their wisdom? Quite a lot, and much of it applicable even to our online lives. Some of what medieval monks like the 5th century John Cassian advised may be too austere for modern tastes, even if we happen to live in a monastery. But many of their practices are the very same we now see prescribed as therapeutic exercises and good personal habits.

Cassian and his colleagues devised solutions that “depended on imaginary pictures” and “bizarre animations” in the mind,” Haselby explains. People were told to let their imaginations run riot with images of sex, violence, and monstrous beings. “Nuns, monks, preachers and the people they educated were always encouraged to visualize the material they were processing,” often in some very graphic ways. The gore may not be fashionable in contemplative settings these days, but ancient methods of guided imagery and creative visualization certainly are.

So too are techniques like active listening and nonviolent communication, which share many similarities with St. Benedict’s first rule for his order: “Listen and incline the ear of your heart.” Benedict spoke to the mind’s tendency to leap from thought to thought, to prejudge and formulate rebuttals while another person speaks, to tune out. “Basically,” writes Fr. Michael Rennier, Benedict’s form of listening “is taking time to hear in a certain way, with an attitude of openness, and commitment to devote your whole self to the process,” without doing anything else.

Benedict’s advice, Rennier writes, is “great… because obstacles are all around, so we need to be intentional about overcoming them.” We do not need to share the same intentions as St. Benedict, however, to take his advice to heart and stop treating listening as waiting to speak, rather than as a practice of making space for others and making space for silence. “Benedict knew the benefits of silence,” writes Alain de Botton’s School of Life, “He knew all about distraction,” too, “how easy it is to want to keep checking up on the latest developments, how addictive the gossip of the city can be.”

Silence allows us to not only hear others better, but to hear our deeper or higher selves, or the voice of God, or the universe, or whatever source of creative energy we tune into. Like their counterparts in the East, medieval Catholic monks also practiced daily meditation, including meditations on death, just one of several methods “Cistercian monks used to reshape their own mental states,” as Julia Bourke writes at Lapham’s Quarterly.

“A medieval Cistercian and a modern neuroscientist” would agree on at least one thing, Bourke argues: “the principle that certain feelings and emotions can be changed through meditative exercises.” No one devises numerous formal solutions to problems they do not have; although their physical circumstances could not have been more different from ours, medieval European monks seemed to suffer just as much as most of us do from distraction. In some part, their lives were experiments in learning to overcome it.

How to Focus: Five Talks Reveal the Secrets of Concentration