However impressive the buildings they design in the eminence of middle- and old age, most architects start their careers with private houses. Some architects, if they come into money early in life or simply can't sell themselves to any other clients, start with their own private house. But most have to put in a few years' or even decades' work before they possess the wealth, the stability, or the aesthetic assurance needed to quite literally make a home for themselves. No such hesitance, however, for Frank Lloyd Wright, who when still in his early twenties built a home for his young family in Oak Park, Illinois, which became his studio and later an American National Historic Landmark.

You can get a wintertime tour of Wright's Oak Park home and studio — complete with snow falling outside and a tall Christmas tree inside — in the video above. A veritable catalog of all the nineteenth-century movements that influenced the young architect, from the Transcendentalism of Ralph Waldo Emerson and Henry David Thoreau to the English Arts and Crafts movement to philosophies that held interior decoration to be a tool of moral improvement, the house still stands in bold contrast to all those around it. Wright lived and worked in the Oak Park house for twenty years, designed more than 150 projects in the studio, giving it a fair claim to be the birthplace of his still-influential early conception of a truly American architecture.

Just a few decades into the twentieth century, it started to seem that the most inspiring American architecture would come drawn up by European hands. The Austrian architect Richard Neutra moved to the United States in 1923, and after briefly working for Wright headed out to Los Angeles at the invitation of his compatriot Rudolf Schindler. There he worked on projects whose combination of rigorous geometry and openness to their surroundings would define what we still think of as mid-century modern residential architecture. A few years after designing the famous Lovell Health House, completed in 1929, he took a loan from architecture-loving Dutch industrialist Cees H. Van der Leeuw and got to work on his own home, dubbed the VDL Research House. 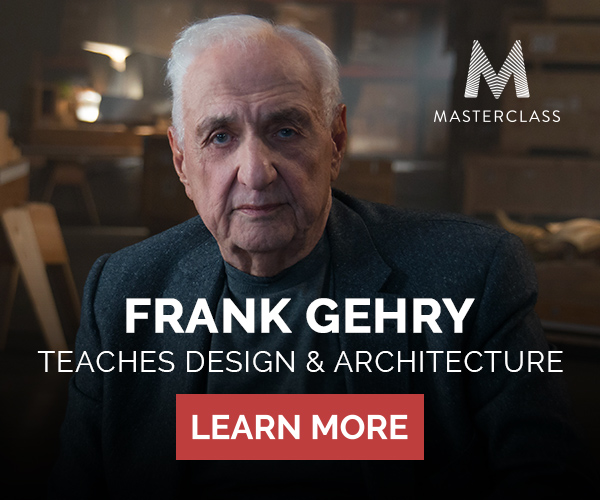 Even without a wealthy client like the eccentric health guru Philip Lovell, Neutra built a house that would nevertheless keep its residents — he and his family — in contact with air, light, and nature. The result, as explained in the Dwell video on the VDL Research House above, is a version of European-style international Modernism "adapted to the California climate, adapted to the California lifestyle," whose twelve exterior doors ensure that "no matter where you are, you can walk outside," and none of whose aesthetic features try to compete with its natural surroundings. Neutra, who lived in the house until his death in 1932 (with a period away after its destruction by fire in 1963 and subsequent reconstruction) wrote that he "wanted to demonstrate that human beings, brought together in close proximity, can be accommodated in very satisfying circumstances, taking in that precious amenity called privacy."

While Neutra was enjoying his realized vision of a new domestic life in California, Le Corbusier was hard at work realizing his own back in Europe. Designing an apartment block for a private developer in Paris' 16th arrondissement, the Swiss-French architect negotiated the seventh and eighth floors for himself. His home in the building, named Immeuble Molitorat when completed in 1934, includes an art studio, a rooftop garden, plenty of skylights and glass bricks to let in light, and a bedroom modeled after an ocean liner cabin with a bed raised high enough to take in the view of Boulogne over the balcony. Named a UNESCO World Heritage site in 2016, Immeuble Molitorat also underwent a thorough restoration project beginning that year, chronicled in the documentary Chez Le Corbusier above.

Le Courbusier didn't get quite as much traction in the New World as he did in the Old, unlike some European architects of his generation whose work attained full bloom only after crossing the ocean. Bauhaus school founder Walter Gropius surely falls into the latter group, and it didn't take him long to establish himself in America, where he'd arrived with his wife Ise in 1937, with a house of his own that looked like nothing most Americans had ever seen before. Nor, as Gropius later wrote, had Europeans:  "I made it a point to absorb into my own conception those features of the New England architectural tradition that I found still alive and adequate. This fusion of the regional spirit with a contemporary approach to design produced a house that I would never have built in Europe."

"My husband was always charmed by the natural curiosity of Americans," says Ise in her narration of Walter Gropius: His New World Home, the short film above made the year after the architect's death. Located in Lincoln, Massachusetts, which Ise describes as "very near Walden Pond" in the "heart of the Puritan New England countryside," both the house and the landscape around it were planned with a Bauhaus interest in maximum efficiency and simplicity. Filled with furniture made in Bauhaus workshops in the 1920s, the house also became a party space twice a year for Gropius graduate students at Harvard, "to give them a chance to see a modern house in operation, because they couldn't see it any place else except in the Middle West, where houses by Frank Lloyd Wright had been built, or in California, where houses by Mr. Neutra had been built."

After the Second World War, industrial designers Charles and Ray Eames brought into the world a new kind of Californian indoor-outdoor Modernism with their 1949 Eames House, a kind of Mondrian painting made into a livable box filled with an idiosyncratic arrangements of artifacts from all over the world. In 1955 the Eamses made the film above, House: After Five Years of Living, a wordless collection set to music of views of and from the house. By then the Eames House had already become the most famous of the "Case Study Houses," all commissioned by Arts & Architecture magazine in a challenge to well-known architects (Neutra was another participant) to "create ‘good’ living conditions" for postwar American families, all of which"must be capable of duplication and in no sense be an individual ‘performance.'”

But unless you count recreations in reverential museum exhibits, none of the 25 Case Study Houses were ever replicated, and the Eames House strikes modern observers as an individual performance as much as does Philip Johnson's also-boxlike Glass House, built the same year in New Canaan, Connecticut. With its every wall, window, and door made out of the material in its name, the house provided the architect a living experience, until his death in 2005, that he described as "a permanent camping trip." Built with industrial materials and German ideas — ideas a bit too similar, some say, to those of German architect Ludwig Mies van der Rohe's Farnsworth House in Illinois — the Glass House's fame, as New York Times architecture critic Nicolai Ouroussoff puts it, "may have done more to make Modernism palatable to the country's social elites than any other structure of the 20th century."

The 90-year-old Frank Gehry, in collaboration with his architect son Sam, recently finished a new house in Santa Monica for himself and his family. But the old house he'd designed for himself and his family in Santa Monica must have served him well, since he'd occupied it for more than 40 years. It began as an existing, unremarkable Dutch Colonial structure, yet when Gehry realized he needed more space, he simply designed another house to build not over but around it. He drew inspiration from the industrial materials he saw around him, deliberately incorporating great quantities of glass, plywood, corrugated metal, and chain-link fencing. "I had just been through a study of chain-link fencing," Gehry recalls in the video above, produced for the Gehry Residence's reception of an award from the American Institute of Architects.

Because chain-link fencing was so ubiquitous, he says, "and because it was so universally hated, the denial thing interested me." Though his mixture of "fragment and whole, raw and refined, new and old" angered his neighbors at first, it has come to stand as a statement not just of Gehry's aesthetic sensibility — the one that has shaped the likes of the Walt Disney Concert Hall and the Guggenheim Bilbao — but of another strong possibility for what American architecture can be. "I was responding to time and place and budget, and character of the neighborhood and context and what was going on in the world at that time," Gehry says. "That's the best thing to do when you're a student, is not to try to be somebody else. Don't try to be Frank Gehry. Don't try to be Frank Lloyd Wright."