Actor Margaret Colin (VEEP, Independence Day) Joins Pretty Much Pop #28 to Take On the Trope of the Alpha Female 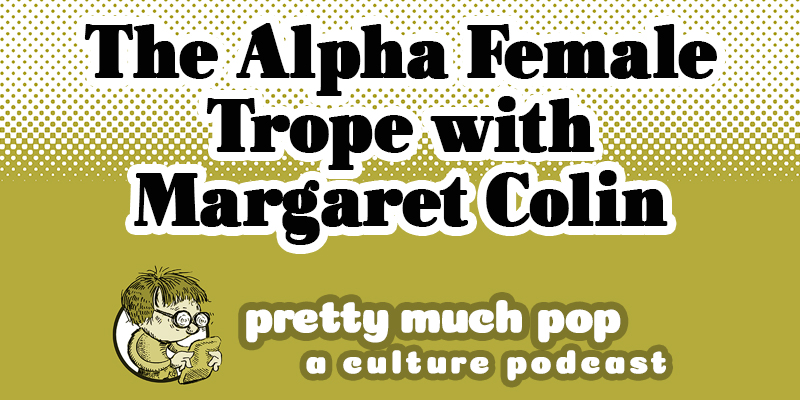 What's the deal with images of powerful women in media? The trope of the tough-as-nails boss-lady who may or may not have a heart of gold has evolved a lot over the years, but it's difficult to portray such a character unobjectionably, probably due to those all-too-familiar double standards about wanting women in authority (or, say, running for office) to be assertive but not astringent.

Margaret was the female lead in major films including Independence Day and The Devil's Own, is a mainstay on Broadway, and has appeared on TV in many roles including the mother of the Gossip Girl and as an unscrupulous newscaster on the final seasons of VEEP. Her height and voice have made her a good fit for dominant-lady roles, and she leads Mark, Erica, and Brian through a quick, instructive tour through her work with male directors (e.g. in a pre-Murphy-Brown Dianne English sit-com), playing the lead in three Lifetime Network movies, on Broadway as Jackie, and opposite Harrison Ford, Al Pacino, Melanie Griffith, Michael Shannon, Wallace Shawn, and others.

Given the limitations of short-form storytelling in film, maybe some use of stereotypes is just necessary to get the gist of a character out quickly, but actors can load their performances with unseen backstory. We hear about the actor's role in establishing a character vs. the vision of the filmmakers or show-runners. Also, the relative conservatism of film vs. stage vs. TV in granting women creative control, the "feminine voice," why women always apparently have to trip in movies when chased, and more.

A few resources to get you thinking about this topic:

Someone's posted a tape of Carousel featuring Erica and Margaret.