Scorsese’s The Irishman in the Context of his Oeuvre–Pretty Much Pop: A Culture Podcast #29 Featuring Colin Marshall 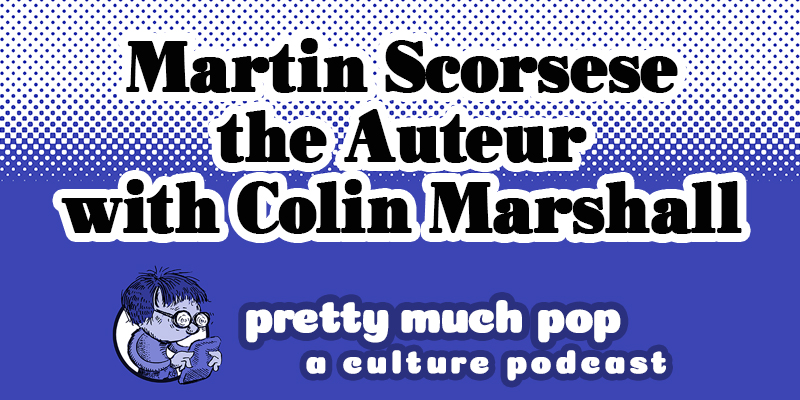 What distinguishes the highly lauded 2019 film The Irishman within director Martin Scorsese's body of work? Frequent Open Culture contributor Colin Marshall joins Mark Linsenmayer, Erica Spyres, and Brian Hirt to talk about what we do and don't connect with in Scorsese's work and how these films qualify as "art films" despite their watchability, not to mention the big budgets and stars.

We cover CGI age alteration, the connection to The Joker, his comments about the Marvel franchise vs. him being a franchise unto himself, his use of music, and making films as an old guy. We hit particularly on Raging Bull, Taxi Driver, Bringing out the Dead, The King of Comedy, Goodfellas, Gangs of New York,  The Departed, Casino, Silence, and Cape Fear. (There are no significant spoilers about any of these other films, just The Irishman.)

Beyond just watching or re-watching a lot of films, here are some articles we used to prep:

Here's that clip from Singles about "the next Martin Scorseeze." Here's Peter Boyle in Taxi Driver giving "Wizard" advice. Watch Abed in Community consider whether Nicolas Cage is good or bad.