IKEA Digitizes & Puts Online 70 Years of Its Catalogs: Explore the Designs of the Swedish Furniture Giant 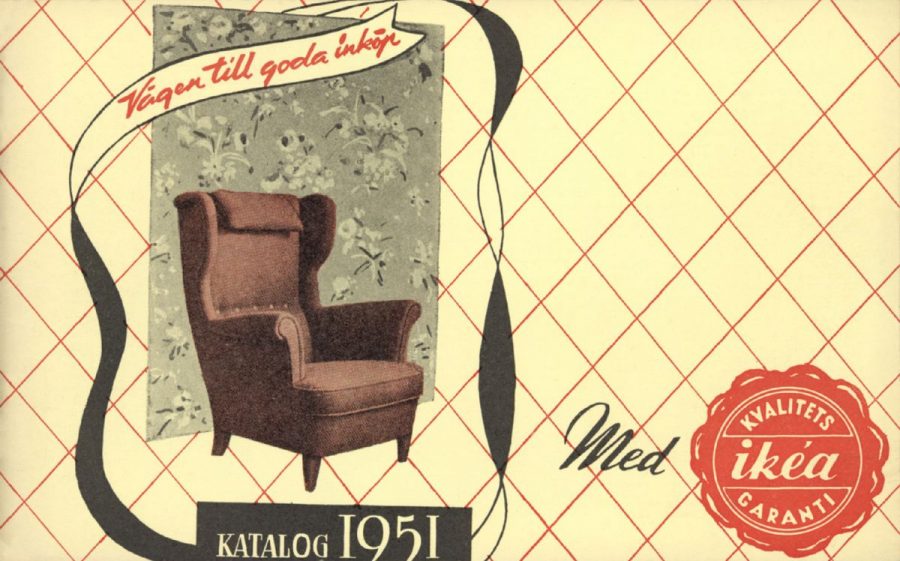 The timeless modernism of the IKEA catalog, its promise of tidiness, clean, economical lines, and excellent value belie a struggle ahead, an ordeal customers of the global Swedish build-it-yourself juggernaut know too well. Will the bulky, majorly-inconveniently shaped boxes fit in the car? Will the rebus-like instructions make sense? Will we assemble a bed with love and care, only to find ourselves in a pile of its broken parts come morning?

Clearly outweighing such tragedies are the many happy memories we associate with buying, building, and living with IKEA products. The company itself has built such memories over the course of almost eight decades with an empire of Scandinavian design supermarkets.

“As of 2019,” Marie Patino writes at CityLab, “IKEA boasts 433 stores across 53 countries.” The IKEA catalog is as widely circulated as the Bible and Quran. The Swedish company with the quirkily named products and legendary cafeteria meatballs defines furniture shopping. 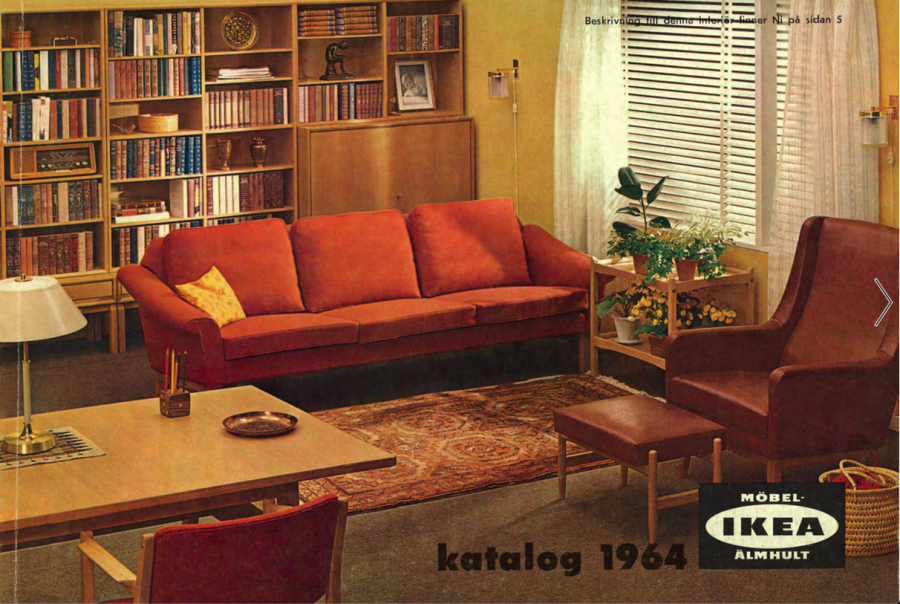 The layout of IKEA’s showrooms may turn “retail into retail therapy,” with corridors filled with monochromatic visions of clutter-free living. In these times, of course, we’re far more likely to take refuge in those venerable catalogs or the company’s always-improving website. Now we can do both at once with a trip through seven decades of IKEA catalogs, uploaded to the website for the 70th anniversary of the first 1950 release. 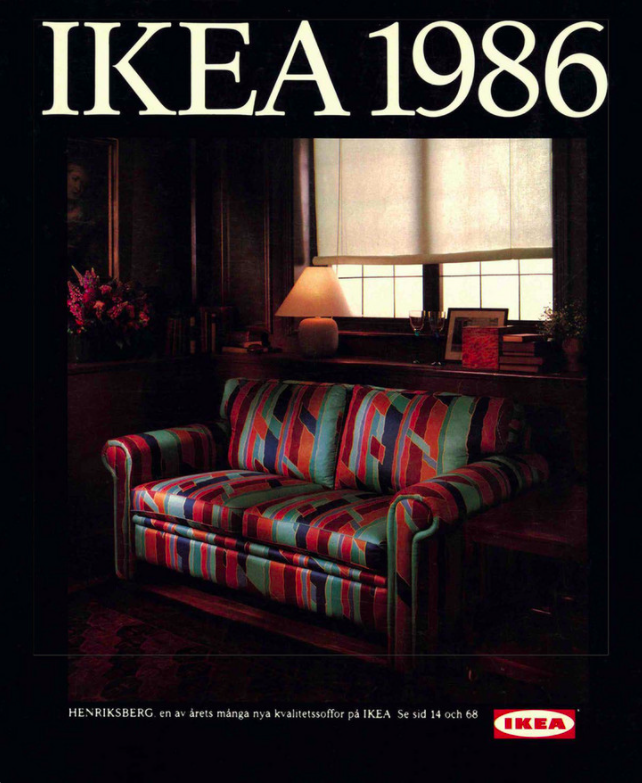 1951 “marked the first proper IKEA catalog,” writes Patino, as well as the first iconic cover featuring the first iconic design, the MK wing chair. Covers became more elaborate, with smooth mid-century modern living room layouts that tantalized, but the contents of the catalog looked like government order forms until the late 60s and 70s. It did not appear in English until 1985. In these early layouts we can see just how dated so many of these designs appear in hindsight. 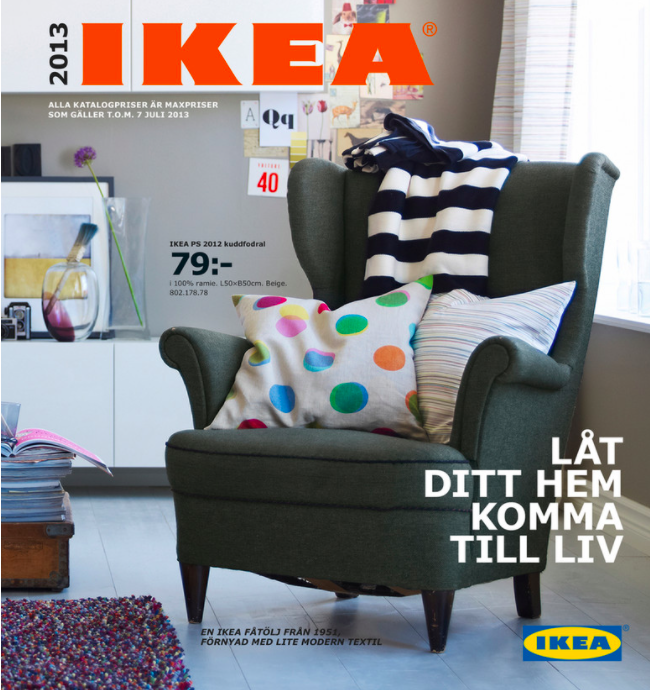 The company’s signature business model came together slowly at first. It started in 1943, founded by Ingvar Kamprad in Sweden, as a mail-order business for stationary supplies. The furniture arrived soon after, but it would take another decade or so for the flat-pack idea to fully emerge. The BILLY bookshelf, perhaps the most popular IKEA design ever, debuted in 1979. Other staples followed, and in 2013, the original wingback chair made a modified comeback as the STRANDMON. Through it all, the catalog has documented Swedish design trends in a global marketplace.,

The 21st century has seen not only the return of the wingback but of the mid-century Scandinavian modernism with which the company made its name in the 1950s and 60s. Maybe that’s why it’s easy to think of IKEA as consistently embodying this trend, slightly updated every few years. But browsing through these catalogs shows how thoroughly IKEA absorbed all sorts of European influences—as well as the look of hotel room furniture from Miami Vice. 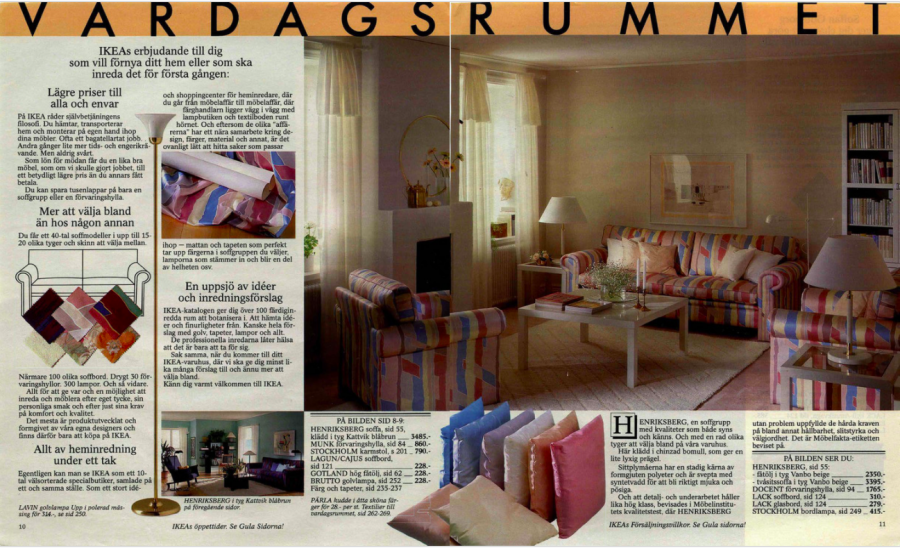 What kind of therapy is this? Gazing at dated or retro-hip products we are years too late to buy? It offers the same experience as all IKEA catalog shopping—without the struggle and expense of transporting and assembling the results: the distraction of a world without distractions. Explore the new archive of IKEA catalogs here.

via Bloomberg and Kottke

The Massive Harrods Catalogue from 1912 Gets Digitized: Before Amazon, Harrods Offered “Everything for Everyone, Everywhere”