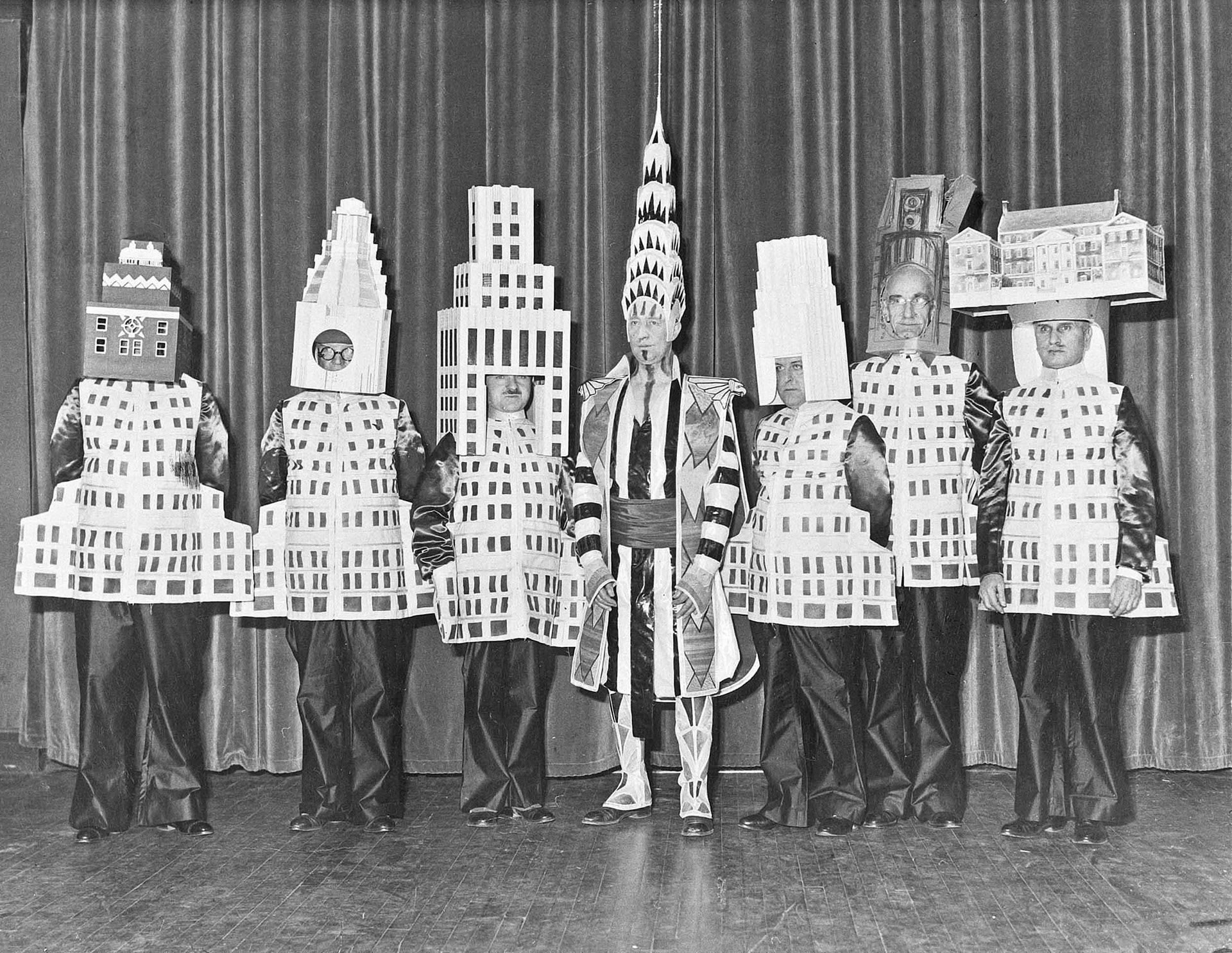 On January 13, 1931, the Society of Beaux-Arts Architects held a ball at the Hotel Astor in New York City. According to an advertisement for the event, anyone who paid $15 per ticket (big money during the Depression) could see a “hilarious modern art exhibition” and things “modernistic, futuristic, cubistic, altruistic, mystic, architistic and feministic.” Attendees also got to witness more than 20 famous architects dressed as buildings they had designed, some of them now fixtures of the New York City skyline.

In the picture above, we have from left to right: A. Stewart Walker as the Fuller Building (1929), Leonard Schultze as the Waldorf-Astoria Hotel (1931) , Ely Jacques Kahn as the Squibb Building (1930), William Van Alen as the Chrysler Building (1930), Ralph Walker as 1 Wall Street (1931), D.E.Ward as the Metropolitan Tower and Joseph H. Freelander as the Museum of the City of New York (1930).

A 2006 article in The New York Times notes that the event, now considered “one of the most spectacular parties of the last century,” was covered by WABC radio. A few photographs remain (like the one above – click it to enlarge). As does a tantalizing short bit of video.