There was a time, not so long ago, when not only could a blockbuster Hollywood comedy make a reference to a science magazine, but everyone in the audience would get that reference. It happened in Ghostbusters, right after the titular boys in gray hit it big with their first high-profile busting of a ghost. In true 1980s style, a success montage followed, in the middle of which appeared the cover of Omni magazine’s October 1984 issue which, according to the Ghostbusters Wiki, “featured a Proton Pack and Particle Thrower. The tagline read, ‘Quantum Leaps: Ghostbusters’ Tools of the Trade.'” 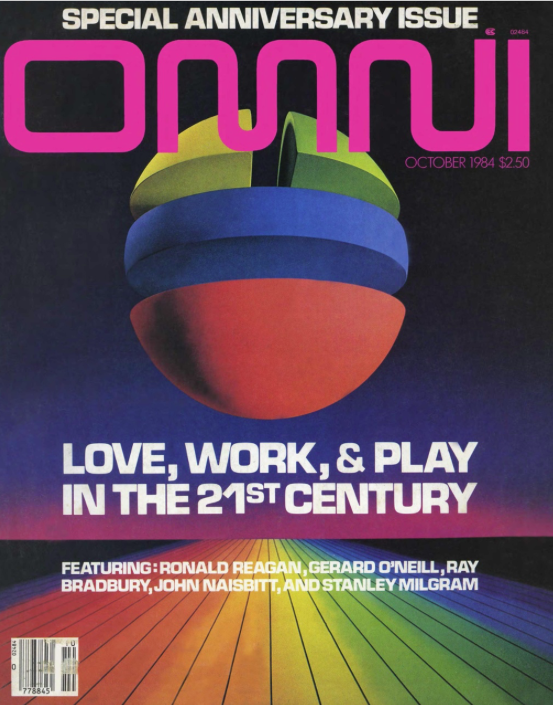 The movie made up that cover, but it didn’t make up the publication. In reality, the cover of Omni‘s October 1984 issue, a special anniversary edition which appears at the top of the magazine’s Wikipedia page today, promised predictions of “Love, Work & Play in the 21st Century” from the likes of beloved sci-fi writer Ray Bradbury, social psychologist Stanley Milgram, physicist Gerard O’Neill, trend-watcher John Naisbitt — and, of course, Ronald Reagan. Now you can find that issue of Omni, as well as every other from its 1978-to-1995 run, digitized in high-resolution and made available on Amazon.

“Omni was a magazine about the future,” writes Motherboard’s Claire Evans, telling the story of “the best science magazine that ever was.” In its heyday, it blew minds by regularly featuring extensive Q&As with some of the top scientists of the 20th century–E.O. Wilson, Francis Crick, Jonas Salk–tales of the paranormal, and some of the most important science fiction to ever see magazine publication” by William Gibson, Orson Scott Card, Harlan Ellison, George R. R. Martin — and even the likes of Stephen King, Joyce Carol Oates, and William S. Burroughs. “By coupling science fiction and cutting-edge science news, the magazine created an atmosphere of possibility, where even the most outrageous ideas seemed to have basis in fact.” 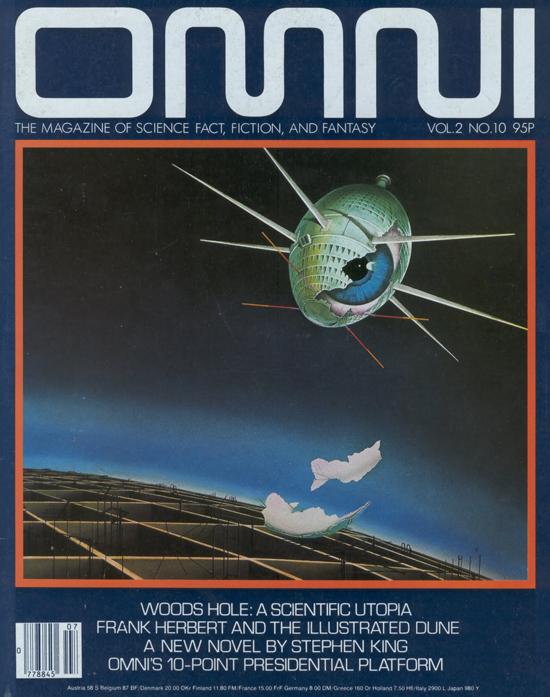 Originally founded by Kathy Keeton (formerly, according to Evans, “a South African ballerina who went from being one of the highest-paid strippers in Europe”) and Penthouse publisher Bob Guccione, Omni not only had an impact in unexpected areas (the eccentric musical performer Klaus Nomi, himself a cultural innovator, took his name in part from the magazine’s) but took steps into the digital realm long before other print publications dared. It first established its online presence on Compuserve in 1986; seven years later, it opened up its archives, along with forums and new content, on America Online, a first for any major magazine. Now Amazon users can purchase Omni‘s digital back issues for $2.99 each, or read them for free if they have Kindle Unlimited accounts. (You can sign up for a 30-day free trial for Kindle Unlimited and start binge-reading Omni here.) 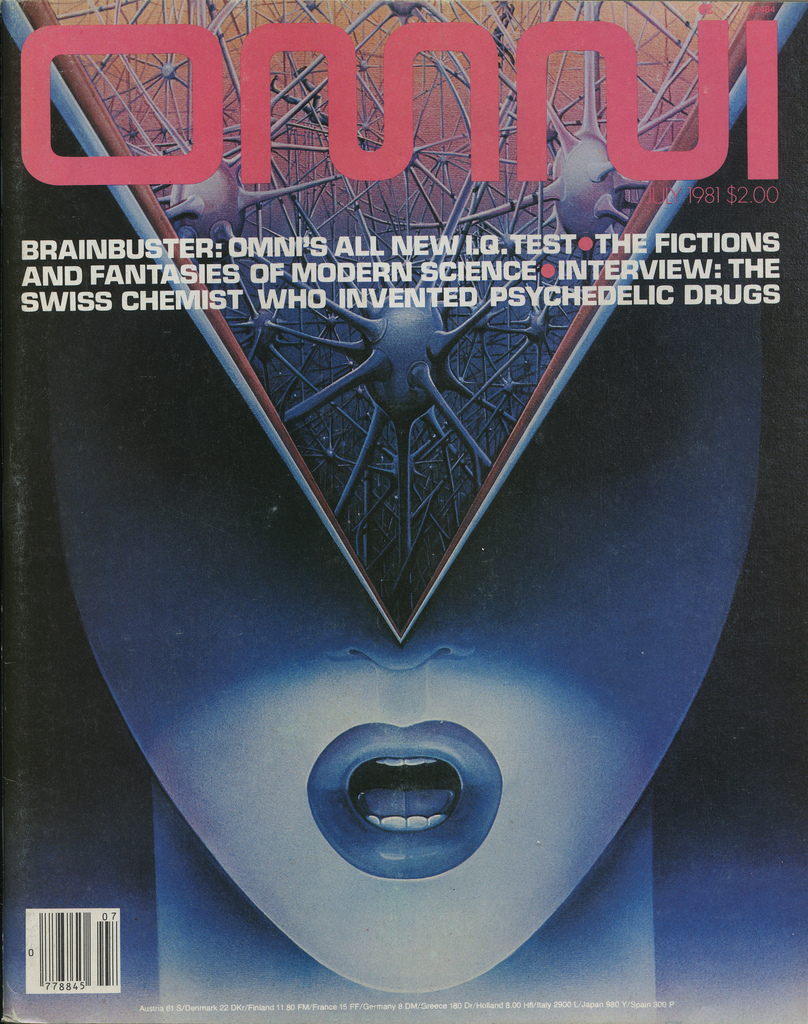 Jerrick Media, owners of the Omni brand, have also begun to make available on Vimeo on Demand episodes of Omni: The New Frontier, the 1980s syndicated television series hosted by Peter Ustinov. And without paying a dime, you can still browse the fascinating Omni material archived at Omni Magazine Online, an easy way to get a hit of the past’s idea of the future — and one presenting, in the words of 1990s editor-in-chief Keith Farrell, “a fascination with science and speculation, literature and art, philosophy and quirkiness, serious speculation and gonzo speculation, the health of the planet and its cultures, our relationship to the universe and its (possible) cultures, and a sense that whatever else, tomorrow would be different from today.”